After a 5.7% July decline, the measure of nonresidential building planning inched up 0.2% on institutional building strength 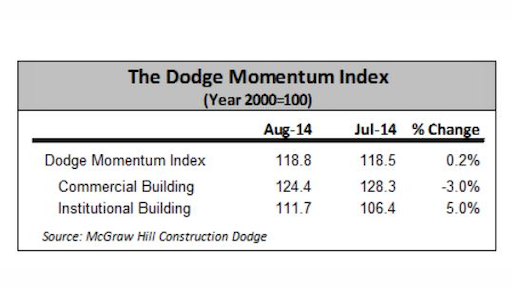 Despite the drop in commercial building plans in August, five notable commercial projects valued at $100 million or more entered planning. These include the $200 million DaniaLive Marketplace in Dania Beach, Fla., a $184 million office complex in New York, N.Y., the $175 million North First Office complex in San Jose, Calif., the $110 million Champions Petfood warehouse in Auburn, Kent., and a $100 million mixed use development in College Station, Texas.

Although job numbers are still below what they were in 2019, new data for the entire construction market shows that overall the sector recovered some of the jobs lost in April.
June 19, 2020
Follow Us