'While there was slower growth in April for new project work coming into architecture firms, business conditions have remained healthy for the first four months of the year' 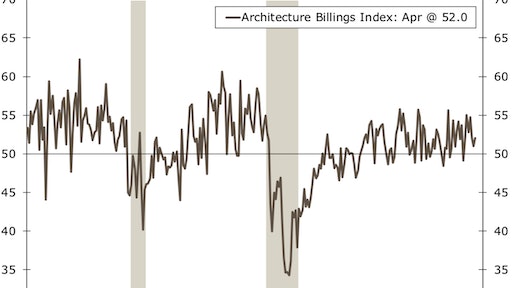 So far, the ABI has remained above 50 for all four months of 2018, which is consistent with increased demand for architecture services.
Wells Fargo Securities

The American Institute of Architects (AIA) is reporting today that architecture firm billings rose for the seventh consecutive month, with the pace of growth in April increasing modestly from March. Overall, the AIA’s Architecture Billings Index (ABI) score for April was 52.0 (any score over 50 is billings growth), which indicates the business environment continues to be healthy for architecture firms despite continued labor shortages, growing inflation in building materials costs and rising interest rates. The ABI also revealed that business conditions remained strong at firms located in the West, while billings softened slightly at Midwest firms.

The project inquiries index was down slightly at 56.7 while design contracts also dropped one point to 50.1.

“While there was slower growth in April for new project work coming into architecture firms, business conditions have remained healthy for the first four months of the year,” said AIA Chief Economist Kermit Baker, Hon. AIA, PhD. “Although growth in regional design activity was concentrated at firms in the sunbelt, there was balanced growth so far this year across all major construction sectors.”

Regional averages were mixed. The West and Northeast both saw increases in their ABI scored compared to March 2017. In April, the West came in at 55.1 compared to a 53.4 March score while the Northeast entered back into positive territory at 50.3 after falling below positive to 49 in March. 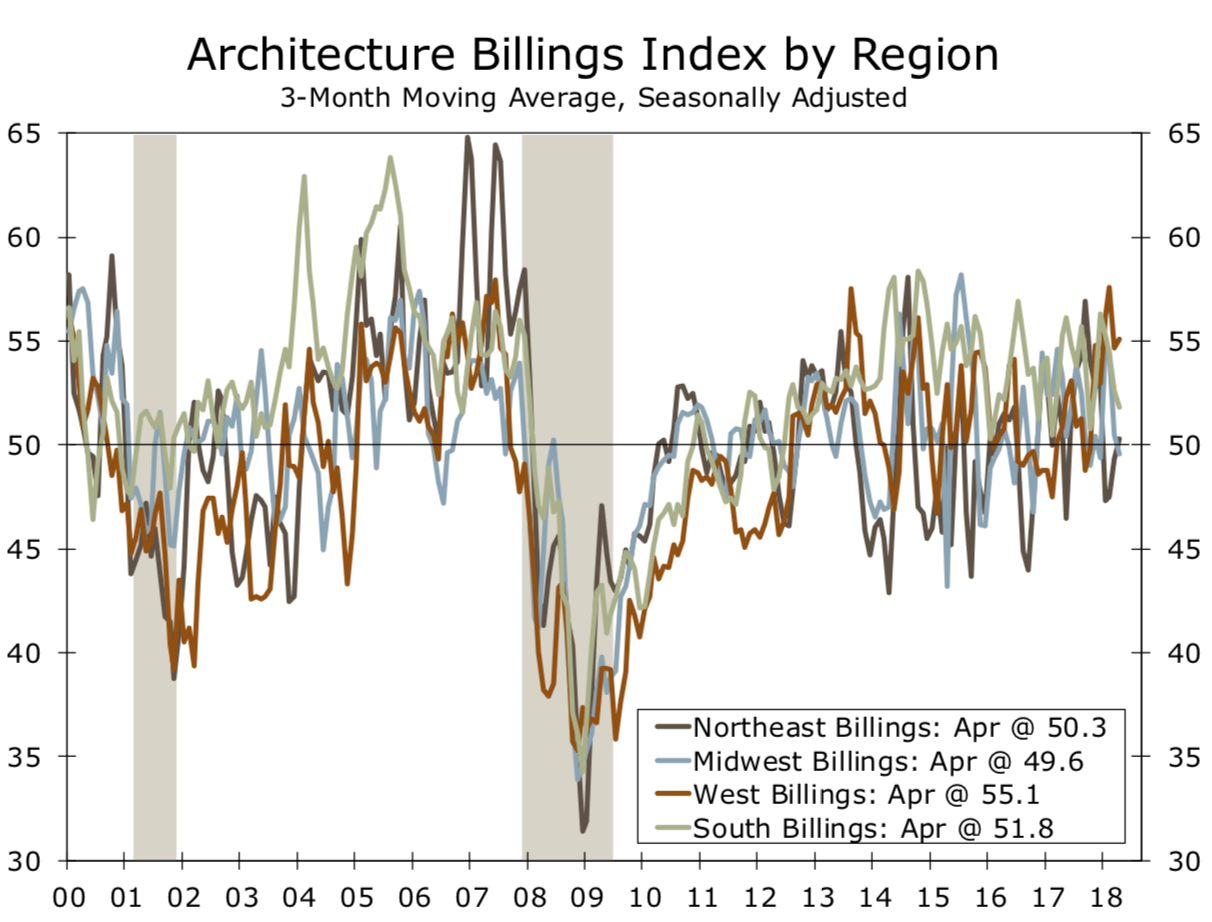 The Midwest ABI fell below 50, but all other regions were in expansionary territory.Wells Fargo Securities

The South fell slightly in April to 51.8 from a 53.2 reading in March. The Midwest also saw a drop that brought it below positive territory at 49.6. In March, the Midwest came in at 50.7.

The sector index breakdown saw three of the four sectors score lower in April compared to March. Multifamily residential, commercial/industrial and mixed practice all came in lower this month but remained in positive territory. Multifamily's ABI score was 50.7 in April after leading the March ABI at 53.4. Commercial/industrial dropped from 53.1 last month to 52.7 in April. Mixed practice also experienced a small drop from 51.1 last month to 50.6 in April. 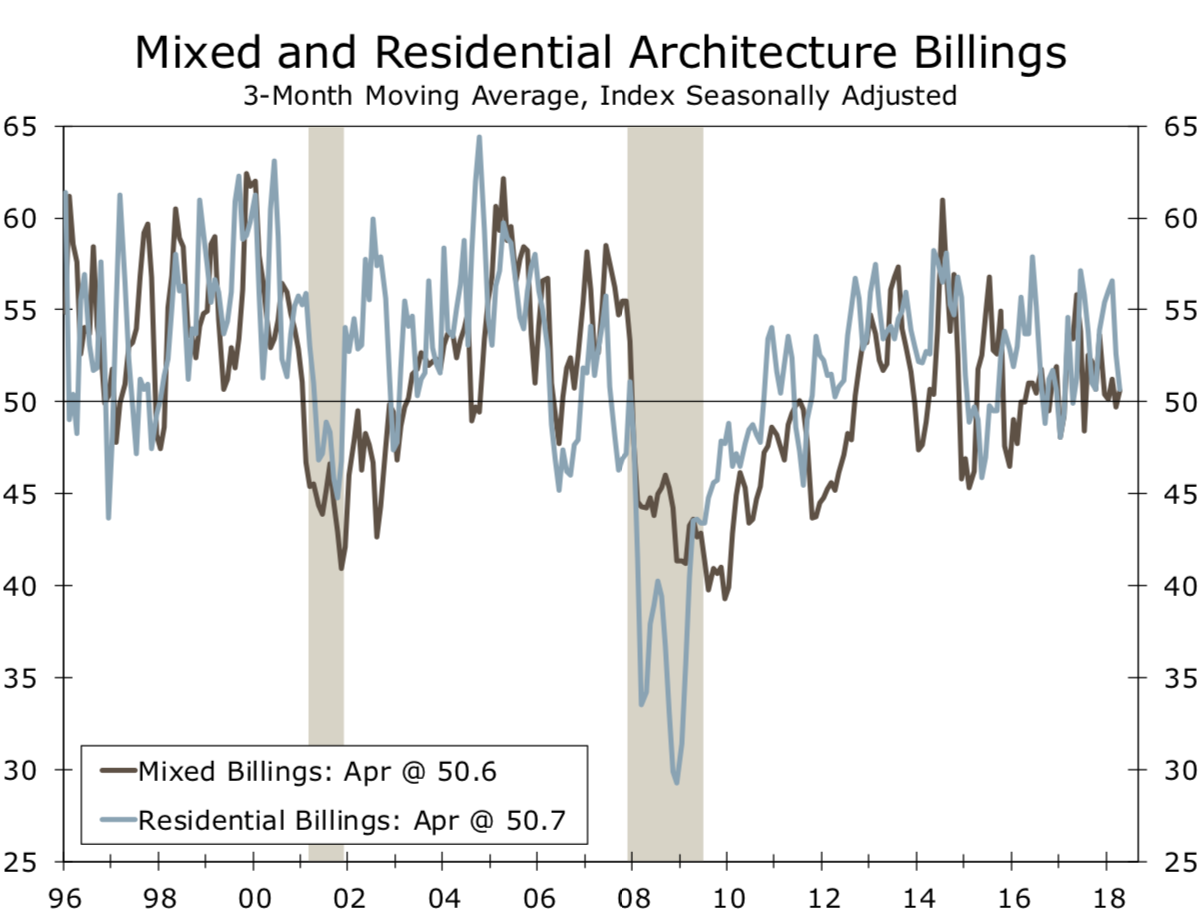 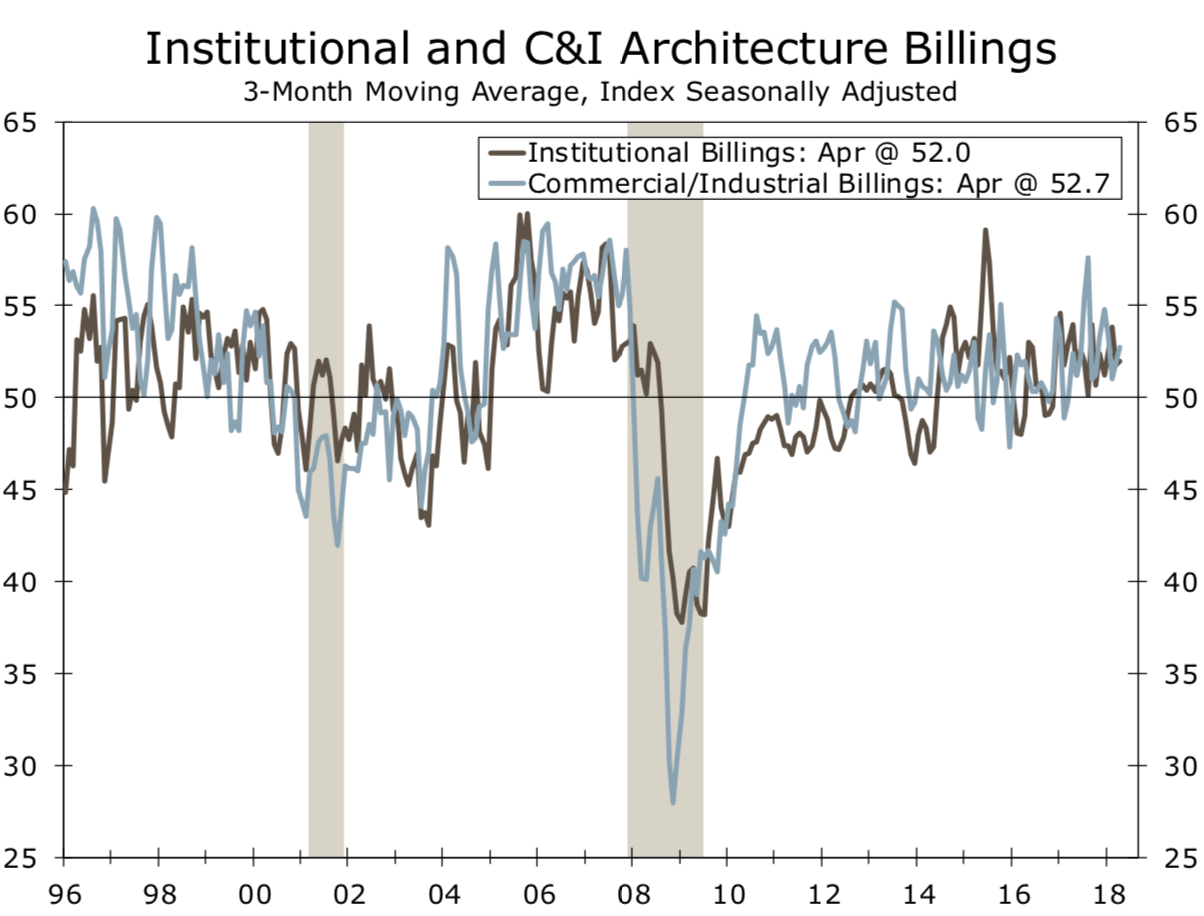 All four sectors of the ABI remained above 50 in April.Wells Fargo Securities

The regional and sector categories above are calculated as a three-month moving average, whereas the national index, design contracts and inquiries are monthly numbers.