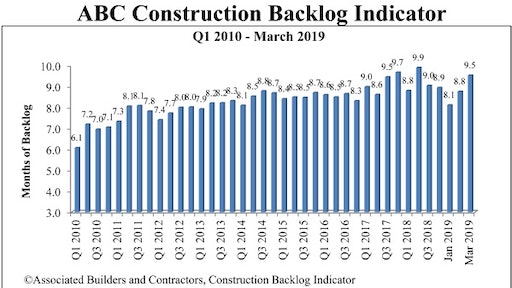 After dropping below 9 months over the last few months, the ABC Construction Backlog Indicator surged in March 2019.
Associated Builders and Contractors

Associated Builders and Contractors (ABC) reports that its monthly Construction Backlog Indicator expanded to 9.5 months in March 2019, up 0.7 months or 8.8% since February 2019 when CBI stood at 8.8 months. 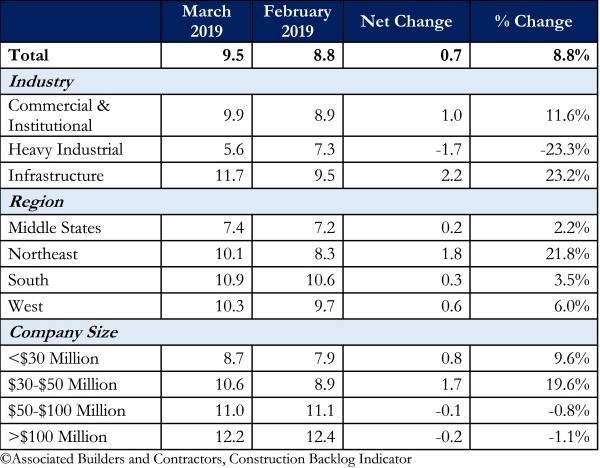 Associated Builders and Contractors“As a forward-looking indicator of economic activity, CBI stands in stark contrast to a number of other indicators,” said Basu. “Many business surveys suggest eroding confidence across the United States, even before the trade dispute between China and the United States heated up in recent weeks. But nonresidential contractors have demonstrated little—if any—loss in confidence, with ABC’s February Construction Confidence Indicator remaining robust. The most glaring exception is industrial contracting, for which CBI declined sharply in March.

“In any case, nonresidential construction backlog has seldom been higher in the history of the series,” said Basu. “The implication is that those looking for employment in construction, especially in the skilled trades, will continue to find considerable demand for their services.”