Nearly every region saw an increase in backlog in June, and confidence among construction leaders regarding staffing levels, profit margins and sales grew. 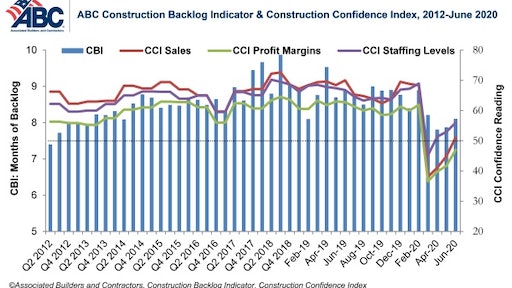 Associated Builders and Contractors reported that its Construction Backlog Indicator rose to 8.1 months in June, an increase of 0.2 months from May’s reading. CBI is down approximately 8% from its June 2019 level. Every region except the Middle States experienced an increase in backlog in June compared to May, according to an ABC member survey conducted from June 20 to July 1. 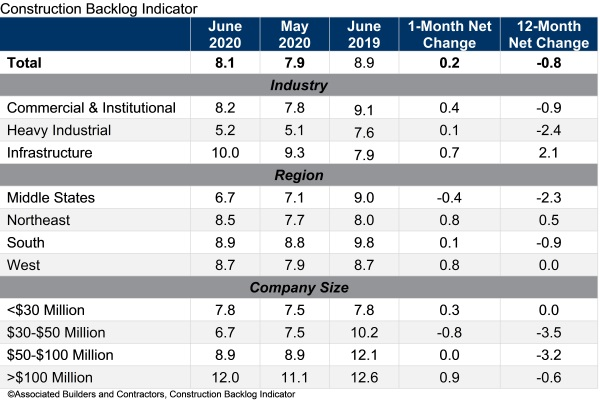 ABC’s Construction Confidence Index (CCI) readings for sales, profit margins and staffing levels expectations all increased in June, although profit margin expectations remain below the threshold of 50, indicating ongoing expectations of contraction. More than 47% of contractors expect their sales to increase over the next six months compared to 39% who expect declining sales over that period. 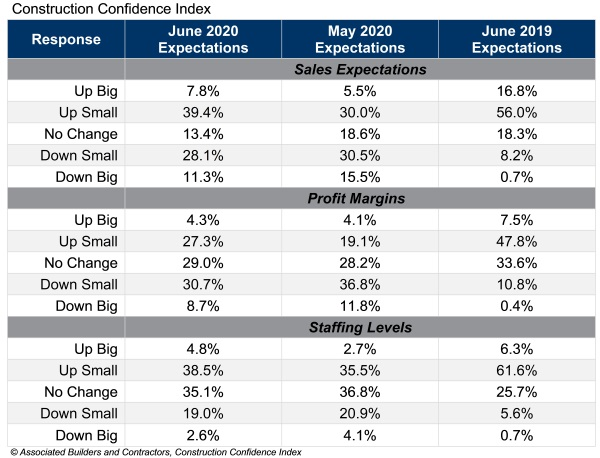 "While backlog has been stable over the past two months, current readings may be hiding some latent weakness,” said Anirban Basu, ABC chief economist. “Many contractors indicate that projects are being placed on hold. Some of this may be due to public health or jobsite specific concerns, but tighter financial conditions also play a role. When projects are postponed, they remain embedded within contractor backlog, but near-term revenue suffers and the probability of outright project cancellation rises.

Click here for historical CCI and CBI data and here for methodology.

Note: The reference months for the Construction Backlog Indicator and Construction Confidence Index data series were revised on May 12, 2020. All previously reported quarters and months shifted forward by one period to better reflect the timing of when the surveys were conducted.