While ABC's August 2020 construction backlog rose to 8 months, backlog is still a half-month lower than in August 2019. 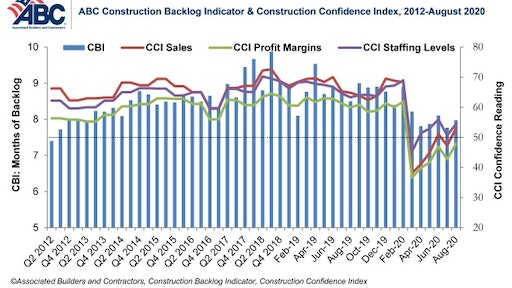 Associated Builders and Contractors (ABC) reported that its Construction Backlog Indicator rebounded to 8 months in August, an increase of 0.2 months from July’s reading, according to an ABC member survey conducted Aug. 20-Sept. 1. The August backlog is a half-month lower than in August 2019. 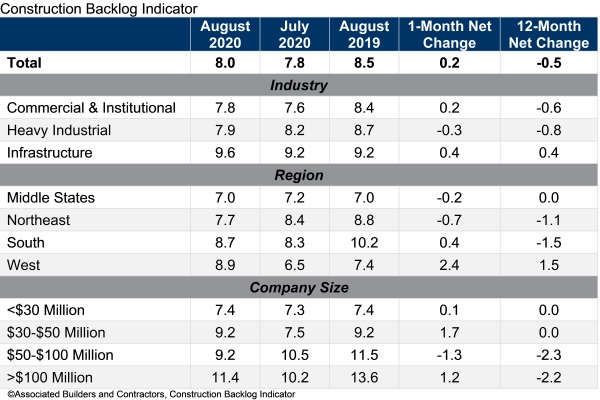 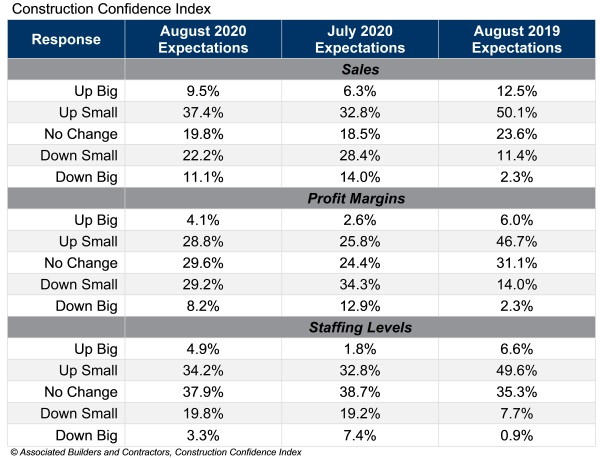 “The construction backlog and confidence indicators both surprised to the upside in this report,” said ABC Chief Economist Anirban Basu. “Prior to August, the message emerging from these leading indicators was unequivocally negative, with contractors collectively indicating sharp declines in backlog and an expectation that both sales and profit margins would shrink in coming months. While there are many reasons to believe that the months ahead will present challenges for nonresidential construction—including tighter credit conditions, weak state and local government finances and elevated commercial vacancy rates—the August data provided a much-needed respite from gloom and doom.

“Backlog and confidence are likely to be volatile during the month ahead,” said Basu. “Many projects have been postponed, yet if they are quickly brought back to life as economic recovery persists, backlog could begin to rise. However, there is the possibility that many project postponements will eventually become cancellations, impacting both backlog and contractor confidence. For now, the expectation is that sales and industry employment will climb over the next six months, but that profit margins will remain under pressure.”