Safety, schedule, access and cost requirements meant hand assembly and disassembly of bridge deck support could not be done on the Wekiva River Bridge project; the Doka system solved the problem 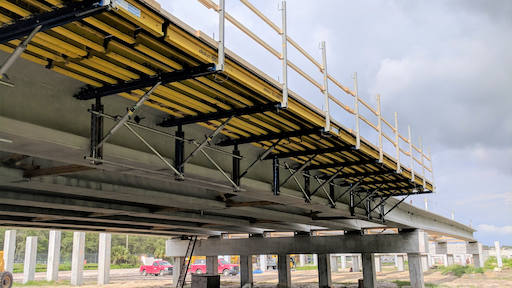 Doka's ParaTop Bridge Overhang formwork is a system that can be used for precast concrete and steel-composite bridges.
Doka

Like many areas of the United States, Central Florida has seen increased traffic congestion. Current construction north of Orlando on the Wekiva Parkway will complete the beltway around the multitown area, relieving traffic on several surrounding highways. Recognized as a National Wild and Scenic River as well as a Florida Outstanding Waterway, the Wekiva River and its banks are known for its rich wildlife and picturesque views.

Wekiva Parkway Section 6 near Sorrento, a 6-mile-long design-build project, represents a major portion of the Wekiva Parkway. This section is a joint project of the Florida Department of Transportation (FDOT) and the Central Florida Expressway Authority. Scheduled to open in 2021, it will then connect state Road 429 in western Orange County and state Road 417. The result will be a tolled expressway loop around greater Orlando. 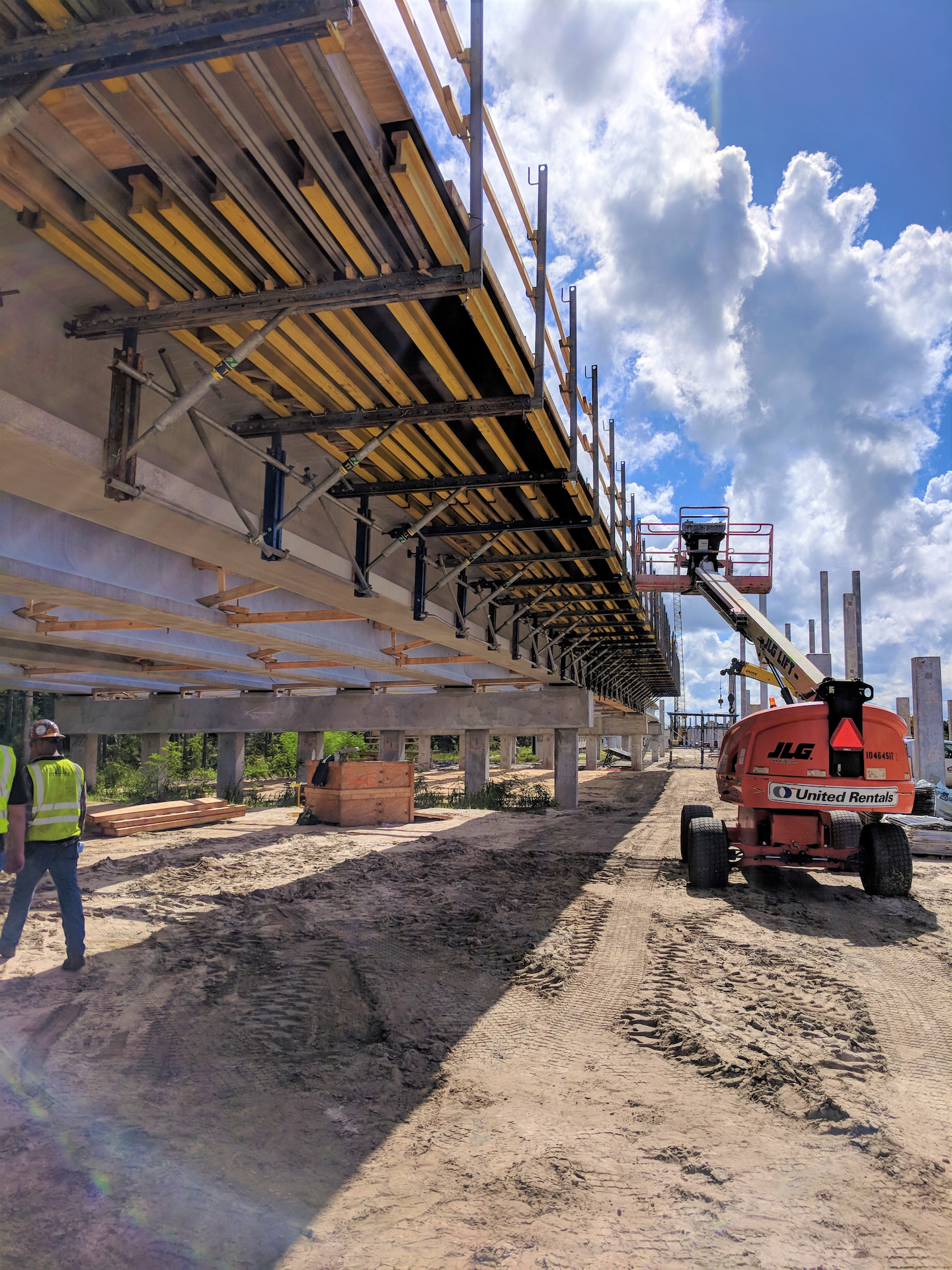 The ParaTop system is cycled from pour to pour via crane fork or boom lift.Doka

A significant part of the parkway project is the bridge spanning over the Wekiva River and surrounding banks. The bridge will raise the parkway 60 feet above ground, creating an extensive corridor underneath it for the diverse wildlife; the corridor will connect the wildlife areas of Seminole State Forest, Rock Springs Run State Reserve and the Lower Wekiva River Preserve. The bridge will carry the tolled expressways, two single-lane service roads, as well as walking and bicycling paths. Timely completion of the bridge structures in this section is vital for the project to meet its demanding overall schedule and to relieve congested traffic in the area.

A major task when building bridges is the construction of the cast-in-place concrete traffic deck. In particular, the forming of the overhang areas and the support of heavy screed loads along the edges of the traffic deck can be a time- and labor-consuming task that requires increased attention to safety.

Traditionally, bridge overhangs are supported and formed by hand with tightly spaced loose brackets and lumber anchored to the sides of the exterior bridge beams. For this project, assembly and disassembly by hand at the underside of the bridge deck would not meet the safety, schedule, access and cost requirements. The answer to these challenges was provided by using approximately 1,200 feet of Doka’s innovative ParaTop Bridge Overhang system.

ParaTop is a rentable, ganged bridge overhang system that is cycled from pour to pour via crane fork or boom lift, typically in 20-foot-long by 8-foot-wide units with installed guard rails. Due to its modular system concept, ParaTop can be adapted to different cross-sections, beam types, deck cantilevers and heavy screed loads.

Even when supporting heavy load conditions, ParaTop can support large bracket spacing in the range of six to 10 feet, simplifying the work and drastically reducing the number of inserts, parts and pieces onsite. In addition, the modular system allows for the option to preassemble the gangs offsite in truckable units.

With the ganged ParaTop Bridge Overhang system, Florida-based contractor Superior Construction consistently achieved a forming cycle that was three times faster than traditional handset systems with the same crew size. A crew of five workers was able to strip, set and plumb, on average, 300 feet of ParaTop Overhang Formwork in an 8-hour day.

“The delivery of prebuilt ParaTop Gangs and the ease and speed of cycling the system helped the contractor meet milestones earlier and shave several weeks off the construction schedule,” said Martin Berger, director of Doka’s Infrastructure Division. “ParaTop brings safety, speed and efficiency to these fast-paced bridge projects.”

The new bridge in Wekiva Parkway Section 6 is proceeding smoothly through the use of ParaTop. It is expected to open in 2021.

Doka is a world leader in developing, manufacturing and distributing formwork technology for use in all fields of the construction sector. With more than 160 sales and logistics facilities in over 70 countries, Doka has a high-performing distribution network. It ensures that equipment and technical support are provided swiftly and professionally. Doka is an Umdasch Group company with a workforce of more than 6,700 employees worldwide.

The $1.5 trillion bill includes a $500 billion transportation package but Republicans fear it focuses too much on climate change
Jessica Lombardo
June 19, 2020
Follow Us