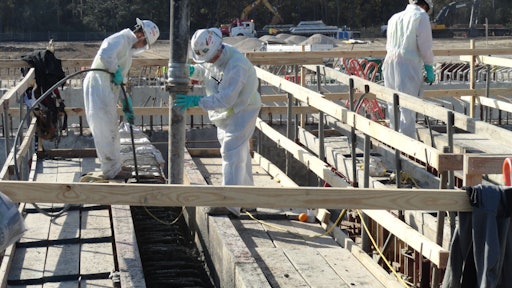 Best practice includes a form watcher measuring wall form deflections associated with concrete pressures due to the height of concrete and vibration. Not only a safety issue but monitoring form deflections can avoid out-of-tolerance walls.
McCarthy Building Companies, Inc.

Internal vibrators, sometimes referred to as “spud” or “porker” vibrators are the most common tools used to achieve concrete consolidation in foundations, columns and walls. In addition to consolidating freshly placed concrete and ensuring concrete completely flows into corners of the formwork and around reinforcement, vibrators blend different concrete lifts together into a single solid mass of concrete and minimize surface voids (bug holes) and lift lines on exposed concrete surfaces.

During the process of removing the “bad” air, proper placing and vibration techniques will also minimize lift or placement lines and surface voids. 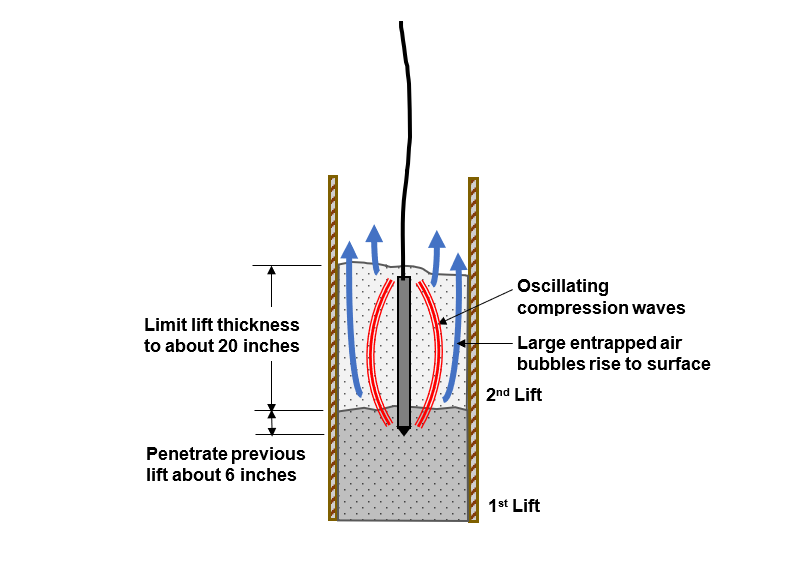 Figure 2. Rapidly recurring compression waves drive entrapped air bubbles out to the form faces and up to escape the concrete.

Many times, untrained operators only level the concrete and fail to complete the de-aeration phase of consolidation resulting in unwanted surface blemishes. It is important for operators to understand the stages of vibration and indicators of well-consolidated concrete.

Don’t Worry About Over Vibrating

Workers commonly under vibrate concrete from fear that over vibration may reduce the entrained air content or damage the microscopic air void system decreasing the freeze/thaw resistance of the concrete. 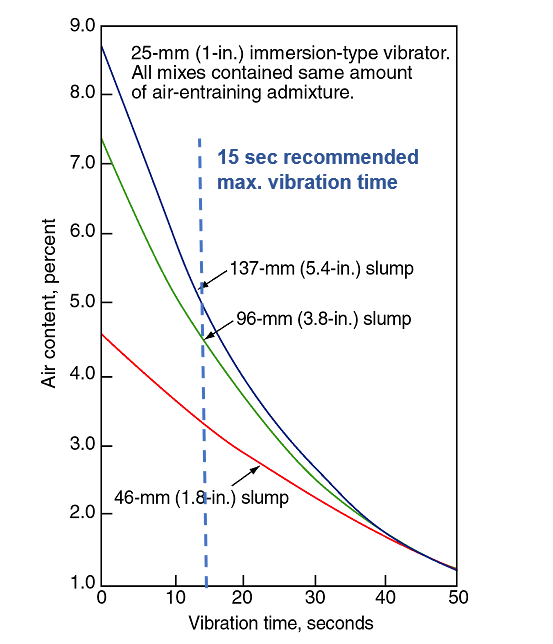 Therefore, workers should vibrate between 5 and 15 seconds to ensure the second phase of consolidation or de-aeration is achieved.  Doing so will reduce the amount and size of surface voids including bug holes and in general, improve the overall quality and appearance of the concrete. Instead of worrying about over vibrations, workers should worry about under vibration.

Some best practices to minimize surface defects and blemishes associated with consolidating concrete include:

2. Best practice also includes a form watcher monitoring forms for both safety and tolerance issues. This form watcher is using string lines and a measuring tape to measure and monitor out-of-plane deflection of the wall form.

3. To improve appearance of the final as-cast concrete finish, especially architectural concrete, reduce the lift height (less than 20 in.) and extend the vibration time but not beyond 15 seconds. These modifications will provide a shorter distance and more time for the “bad” air to escape.

Kim Basham is president of KB Engineering LLC, which provides engineering and scientific services to the concrete industry. Basham also teaches seminars and workshops dealing with all aspects of concrete technology, construction and troubleshooting. He can be reached at KBasham@KBEngLLC.com.

How to Vibrate Concrete

Signs of Adequate Consolidation or Vibration

2. Zone along the perimeter of the radius of influence blends with the previous vibrated concrete.

3. Thin film of mortar forms on the top surface of concrete.