Solidia Technologies CEO Tom Schuler discusses why a sustainable future for the global cement and concrete market is not just beneficial for the environment but also your company. 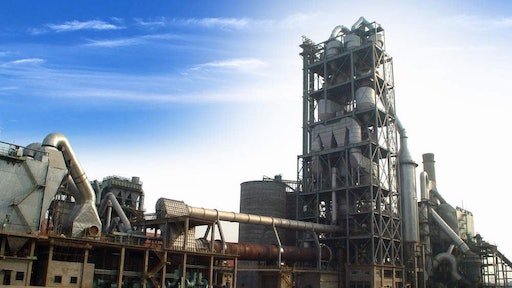 Combined the cement and concrete industries are a high-value market, worth more than $1 trillion. They are, however, also the second largest industrial emitters of CO2 on the planet.

In a recent podcast by Investable Universe, Solidia Technologies CEO Tom Schuler discussed recasting of the global market for cement and concrete. For the past decade, the New Jersey-based cement and concrete technology company has focused on addressing the construction industry’s reputation for its negative environmental impact by looking deeper at its global resource footprint. In the podcast, Schuler explains why rethinking water and energy consumption is critical to the cement and concrete industry’s future carbon footprint.

“Right now, when you make a ton of cement, you make a ton of CO2,” Schuler says. “And as you can imagine, with all the emphasis all over the world on reducing carbon footprint…it is something they’re really working on.”

Something most people don’t realize, he adds is that the cement industry is also a very high user of energy. In China, for example, almost half of the energy is used to manufacture cement.

On the flipside, the concrete industry doesn’t necessarily have a carbon footprint problem on its own. While the success of the cement and concrete businesses are dependent upon each other, they are very different markets that also behave differently.

“[The concrete industry doesn’t] have a CO2 problem, they don’t have an energy problem, but they use a lot of water,” Schuler says. “They use about 3 trillion liters a year, which is about 1 million Olympic swimming pools.”

And while that is a major sustainability issue, the concrete industry is more focused on the durability of the product and how it looks and works.

“It’s an interesting dynamic between these two, even within the same company. You have companies that are fully integrated from cement manufacturing down to concrete, and they’re still not aligned and integrated in terms of their goals in a lot of cases,” Schuler says.

“They can’t live without each other, so they do get along and do a lot of work together, but they think about life a little bit differently and how the business is run,” he adds.

Mixing Up the Recipe

One of the biggest challenges restricting cement manufacturers from adopting new, more sustainable technologies is the fact that cement kilns are expensive—from $300-400 million to replace them. Solidia found a way around this restriction by creating a cement recipe that uses existing equipment and raw materials.

“I can’t walk in with a new technology and say, ‘I have all new raw materials, I have all new equipment, you should adopt our technology,’” Schuler says.  “In our minds, we thought [finding a way to use existing equipment and materials] would enable them to adopt it much more quickly because the investment is pretty minimal, and the outcome is exceptional.”

Solidia’s solution aims to not only solve cement’s CO2 problem but also its energy problem, while reducing concrete’s water consumption. Its cement recipe reacts when exposed to CO2 and cures at a much lower temperature than portland cement, which is the most commonly used type of cement and reacts when combined with water.

To make precast concrete elements with portland cement, they are formed and put in a steamed environment that accelerates the curing process. Portland cement takes about 28 days to cure. Solidia’s cement mixture uses the same process except instead of using steam, they use CO2, which sucks up the additional CO2 in the concrete.

“What we’ve found is that by changing the recipe, we can reduce a cement manufacturer’s carbon footprint by 30-40%. They also can reduce energy consumption by about 30% because Solidia’s modified recipe occurs at a much lower temperature than the traditional cement mixture,” Schuler explains.

In addition, Solidia’s mixture doesn’t consume any water. It is used to facilitate the process of flowing concrete into a mold, but during the curing process the water is recovered and reusued.

“When you go to the Middle East, China, India, Southern California, water is a big deal. When we go to those areas, they are more interested in the water recovery than anything else we offer,” Schuler notes.

The introduction of carbon-reducing technologies will make the biggest impact in China, which alone accounts for about 60% of the global cement market. The U.S. market is produces about 110 million tons, while China produces about 2.2 billion tons.

“They are quite intrigued in getting technologies that will make them more competitive as a nation,” he adds.

And while the process of making cement hasn’t changed much in the last 200 years, not just China is open to the opportunities new technologies could offer.

“We are trying to help big companies get caught in the act of doing something good. To really be able to revolutionize and transition your industry is not easy,” Schuler acknowledges. But he says, “People want to know what they’re driving, what they’re living in, what the materials are made of, and we think we are going to give them something they are proud of.”

Governments are also increasingly interested in technologies like Solidia offers following the signing of the Paris Accord. “All these people signed the Paris Accord and went away and said, ‘Ok, that’s great now what the heck are we going to do,’” Schuler says.

Schuler says there are a few solutions that could help companies adopt new technologies, beginning with a carbon tax that offers a disincentive to emitting CO2.

Today, carbon credits or tax rebates for using CO2 in a productive way are still uncommon, though Schuler notes that surprisingly, the United States has the most aggressive tax rebate on carbon sequestration in the world.

Schuler adds that low interest loans and grants to help manage the transition of the supply chain also are critical for success.

“This industry has been doing everything the same way for over 200 years; they literally haven’t changed anything. How do we facilitate the transition from this age-old industry into the 21st century?” Schuler asks.

Building industry confidence, he adds, is the key to big adoptions.

“Companies who admit that they don’t have a small footprint, their value is going to be impacted,” Schuler continues. “Sustainability is now seen as a competitive advantage not only because their customers want green technologies, but because it’s just better business. It’s a better way to have a sustainable future not just for the environment but also for your company.”