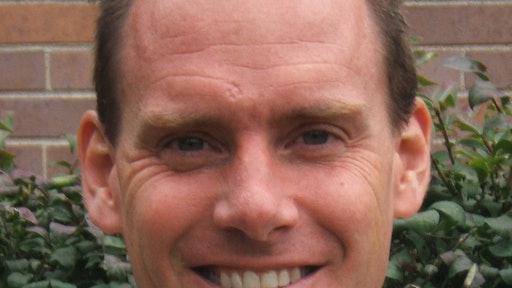 How does a business make as much money as possible?  By leveraging its assets as efficiently as possible in order to maximize throughput while minimizing costs. In other words, use as few assets as possible to get the job done right as cheaply as possible and quickly as possible. Most people know that in theory. The trick is how to do it in reality.

People management is the solution. Business owners often say their employees are their greatest assets, but most will also admit that labor is one of their biggest expenses. How can it be both? Because their people’s skills and work ethic are assets, but every labor hour they spend on the job is an expense. Logically then, in order to maximize profit, business owners need to empower their employees to utilize their skills at maximum speed, using as little labor (expense) as possible.

A great example of a tool that makes polishing contractors very efficient is a large, propane powered concrete polishing machines. They can grind and polish large areas very fast. Does this mean that the employee is suddenly more skilled? No. If the employee doesn’t know how to polish a floor, then he’ll just mess it up faster.

If he does know how to polish a floor though, with a propane powered grinding and polishing machine, he can attach the diamonds, strap on the propane tank and start working immediately. No time is wasted laying out cords, hauling generators or waiting for electricians. The speed of an efficient machine like this can take hours off any polishing job, saving hundreds of thousands of dollars in labor.

But making as much profit as possible on a job doesn’t mean taking advantage of some opportunities to reduce expenses like labor.  Maximizing profit means taking advantage of every opportunity to reduce expense as long as it does not negatively affect the quality of the work. So where else can you maximize your employees speed while utilizing their skill? The next best opportunity is densifier and guard/sealer application.

Traditionally densifier and stain guard/sealer have been mopped on with a microfiber mop. This is actually a two-person job since one person has to spray the liquid on while the other spreads it with the mop. The official ISSA 540 Cleaning Times says that the average person with a mop can apply floor finish at a rate of 1,667 square feet per hour. Two people working together with a sprayer and mop can probably do double that with densifier — about 3,000 square feet per hour. For a typical 10,000 square foot job, with two guys teaming up to densify, that is 3 hours 20 minutes start to finish. At $16 per hour per guy, that is $106.50 for the pair.

An automated densifier application machine can do 40,000 square feet per hour and uses only one employee. Using one of these machines would take 15 minutes or $4. So on this one job, a machine like this could save you $100 just in applying the densifier, right?  No.

Anyone familiar with the classic book The Goal by Eliyahu Goldratt knows the Theory of Constraints/Bottlenecks. When one small operation delays an entire larger process, the expense of the delay of that small operation should be costed at the combined labor rates of every employee involved in that larger process being slowed down, like when an entire manufacturing plant grounds to a halt for one part.

Back to our example of a 10,000 square foot polishing job — there could be four to six guys there doing that job. Now that it is time to densify, four guys are getting paid to sit down and watch the two guys do it for three hours and 20 minutes. Our $106.50 labor expense just became $319.50. If those same six guys watch the one guy with the automated applicator though, it only costs $24, saving you almost $300 on just one densifier application.

Let’s say you want to get the densifying done faster, so you get three mops and three sprayers. Now you are down to one hour, seven minutes or $107.52 in labor, but you have created a new problem — chemical waste. When you mop down densifier, you tend to put down a thicker coat than you need. Plus you have three spray bottles with extra densifier in them left over at about $150 per gallon.  The extra densifier on the floor and left in the bottles cost money and adds to the expense of the job.

In contrast, the flow control mechanism in combination with an electric pump on automated machines allows you to set a very precise densifier flow. This precise flow allows you to use exactly as much densifier as needed and no more. It makes for perfectly uniform coats and minimizes chemical waste since you can pump directly from the pail or box.

This entire labor/chemical application process problem happens all over again once you are done polishing and it is time to put the stain guard product on. The situation is made slightly better because most of the work is done, so you can send extra guys home. The pair with mops though will still take the three hours and 20 minutes. If you choose to use multiple pairs to speed the process, you have the same chemical wastage problem as with densifying, but add and entirely new problem – uniformity of coating.

Densifier penetrates the concrete. Stain guard bonds to the top of the concrete. As such guard products are actually somewhat visible. Variations in thickness of coatings — whether through different operators using different amounts of product or through places where multiple mops overlapped — can cause haziness in the floor and reduce the overall reflective quality the crew just worked so hard to create. An automated applicator machine eliminates this problem while also solving the labor problem discussed above.

Making more money is a process of wringing as much profit as possible out of each job. As discussed before, this is done by empowering employees to utilize their skills at maximum speed, spending as little time and money in labor expense as possible. If that is your goal and you polish floors 10,000 square feet or larger, an automated densifier application machine is a little gem that will pay for itself in no time.

Whit Beverly is the Presdient of Aztec Products, Inc., a family-owned business based in Montgomeryville, Penn. He can be reached at 215-393-4700 or via e-mail whitbev@aztecproducts.com.