Where entrained air allows room for the expansion of internal freezing and expanding water, air entrainment can cause problems and outgassing defects when barrier coatings, such as epoxies and urethanes, are applied to the concrete surface. 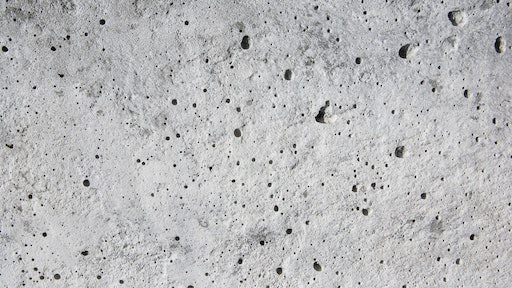 Coating voids and pores in a concrete floor.
The Euclid Chemical Company

Although concrete is commonly perceived as a dry and dense substance, it is actually an inherently porous material that more closely resembles a hard sponge. Within concrete’s matrix are microscopic voids and capillaries that allow air and moisture to flow through it as it’s being poured and placed. Certain air voids or intentional air entrainment is beneficial for concrete because it improves its freeze/thaw resistance. The entrained air allows room for the expansion of internal freezing and expanding water, which aids in avoiding damage to the concrete. This is good for the durability of concrete, but air entrainment can cause problems and outgassing defects when barrier coatings, such as epoxies and urethanes, are applied to the concrete surface. 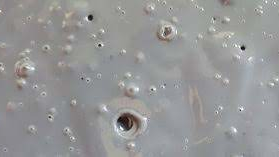 Like most matter in nature, concrete seeks equilibrium with its surroundings by releasing air and water vapor that expands when temperatures increase and absorbs air and moisture when temperatures decrease. The phenomenon of air expanding and releasing itself through the concrete pores is called “outgassing.”

As air moves in and out of concrete with changes in temperature and barometric pressure, the expanding air travels through the pores and capillaries, eventually reaching the surface. However, because concrete is sponge-like and contains moisture, the air coming to the surface often brings moisture with it—often described as moisture vapor transmission (MVT). A primary function of surface coatings is to provide a barrier to the intrusion of water and other chemicals into the concrete, but when coatings are applied to a concrete surface that is outgassing, the air becomes trapped under the coating and the pressure of this trapped air causes a defect or pinhole in the liquid coating. 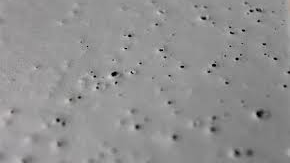 How Can Outgassing Cause Concrete Defects?

Outgassing and pinholes can occur when a concrete surface is contaminated with a substance that’s not compatible with the coating (i.e., oil, soap, wax, dust), or when the surface is not properly cleaned before the coating application. Once the coating has cured, the pinhole often appears within a small bubble or crater on the surface. Sometimes a larger bump forms in the coating if it is a thicker, 100% solids system. Defects in the coating film caused by outgassing can render the coating non-functional for this intended use.

Coating pinholes can also result from improper or insufficient material handling, mixing, or a poor application method, such as over-rolling, mixing at a high speed or using an unsuitable blade. These practices can introduce excess air into the liquid coating, leading to pinholes as the air tries to escape after application. The use of thinner coatings typically allows the air to leave more efficiently, and often the coating film cures with a smooth finish. However, with thicker, 100% solids coating systems, pinholing is more noticeable since air bubbles have a harder time passing through a thick film. Nevertheless, these kinds of application-based pinholes can be managed and controlled by using the right tools and methods for mixing and applying concrete.

Although outgassing does not always cause problems for coating applications, it can be an issue as a result of poor environmental conditions and improper application methods. 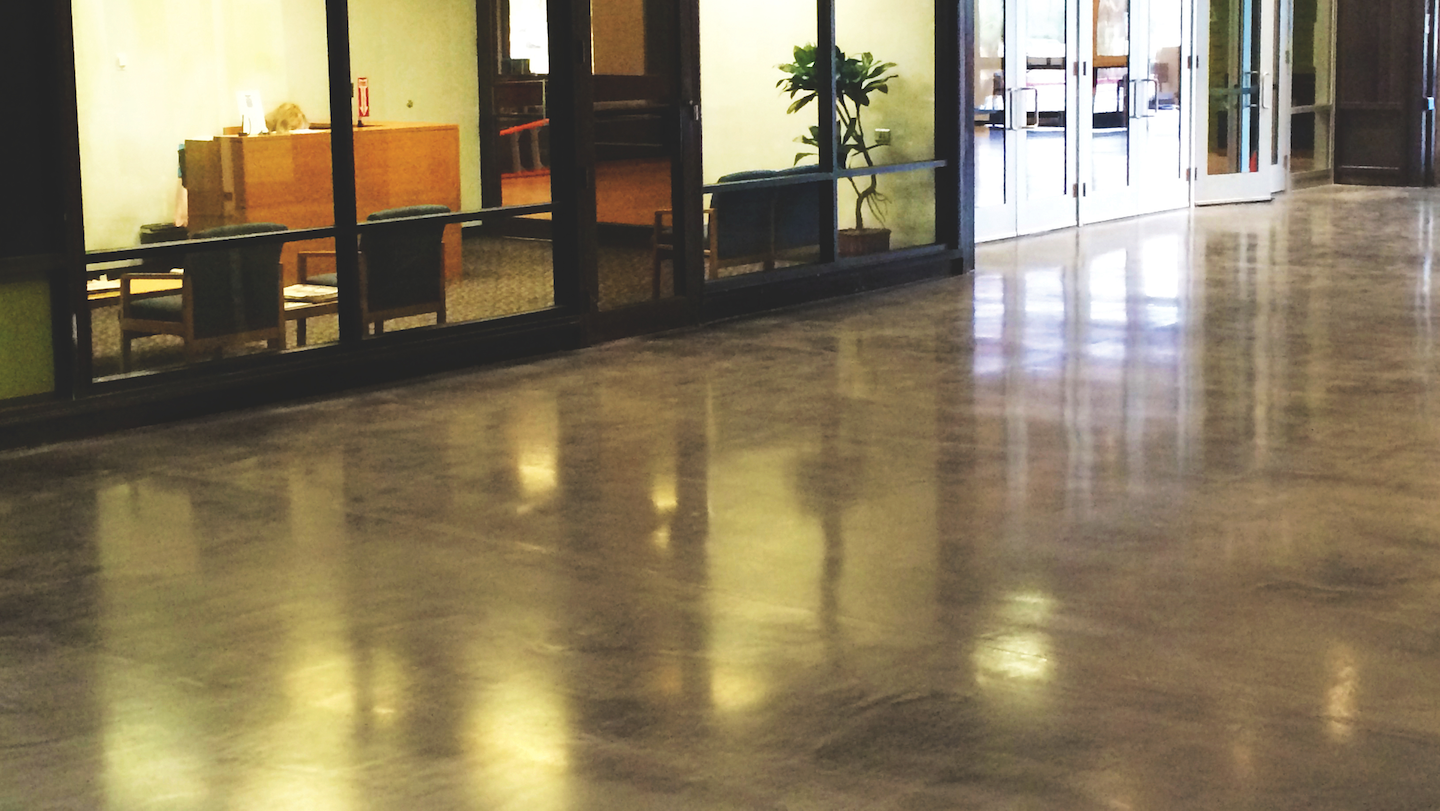 Outgassing defects are rarely found across an entire surface. It is more common to find outgassing defects scattered seemingly at random around a coated concrete surface. Defects can be clustered in areas directly exposed to sunlight, where mechanical surface preparation was more aggressive, or even where there’s increased air circulation over the slab.

Other means and precautionary approaches for minimizing outgassing defects include:

The primary method to reduce defects caused by concrete outgassing is to monitor the environmental conditions before and during coating application. A continuous flow of air over a porous concrete slab could entice entrapped air to flow outward, leading to outgassing and coating defects. Ensure that heating/cooling systems and open doors/windows are not blowing air across the concrete surface during the coating application and curing process.

An increasing surface temperature is a strong indication that outgassing will occur. When weather fronts are on the horizon, it is best to wait before coating. Hot concrete and/or rising ambient temperatures cause air to move within the slab at a more extreme rate. Barometric pressure changes can also push air into concrete and vacuum it out repeatedly. When barometric pressure fluctuates, outgassing may occur even when all other conditions are ideal. Application of the coating in a consistently HVAC-controlled environment, or in the evening when the air temperature is decreasing, can reduce the possibility of outgassing.

• Sealing the Concrete with a Primer

To reduce outgassing, especially on porous or rough surfaces, seal the concrete after surface preparation with a low-viscosity, deeply penetrating primer. Because of its thin consistency, primers are less likely to exhibit pinholes or other defects from outgassing because the air is able to make its way through the primer, which fills in spaces where the air escaped. Primers soak into the concrete to fill the voids and capillaries that can hold air, thereby reducing the chances of outgassing. Most primers are moisture tolerant, and some are formulated to act as MVT reducers or oil blockers as well. 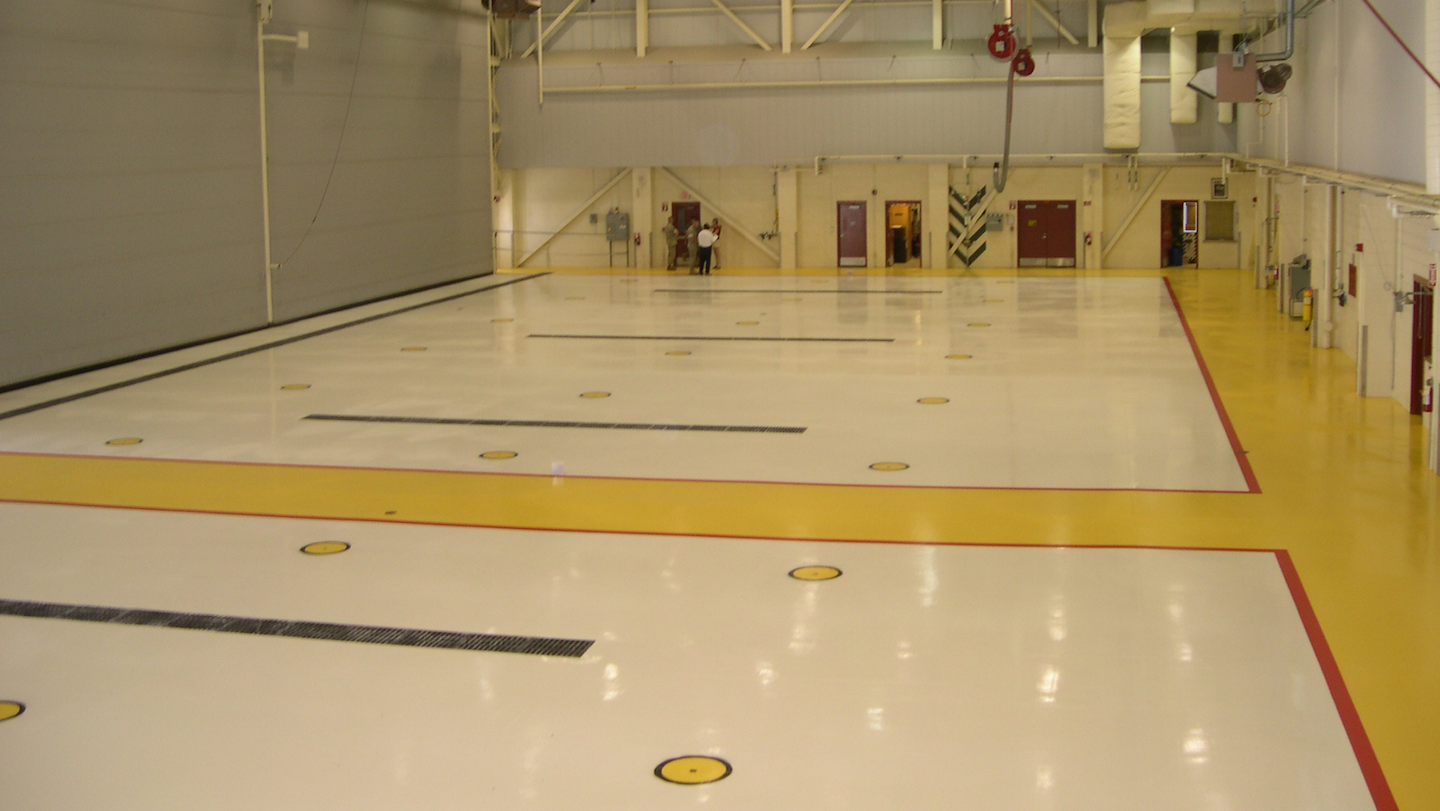 How to Repair Outgassing Issues

Repairing outgassing issues requires recoating with the same material. Since most outgassing defects occur scattered around a project, reapplying only the affected areas will lead to an undesirable, patchy appearance. To correct outgassing defects both aesthetically and functionally, it may require an entire floor or wall to be recoated. This can be time-consuming and costly.

Being aware of the conditions that lead to outgassing is the ultimate method to prevent this issue. Thoughtfully planning your coating installations and following precautions can significantly reduce the possibility of outgassing, thus preventing the added expenses and frustration associated with resolving the problem.

How to End Concrete Sealer Bubbling

Seal It Right the First Time

Interior Masonry Dustproofer was developed to address the rising trend of exposed masonry in interior spaces, particularly in older buildings that have been rehabilitated and repurposed.
Prosoco Inc.
December 12, 2019
Sustainability

Bubbled sealer, sealer turning white or powdery, concrete color turning dark and splotchy, and sealer peeling, flaking or delaminating are all common problems that can be solved with the proper care prior to application
August 19, 2019