Is White Cement the Next Big Thing in Decorative Concrete? 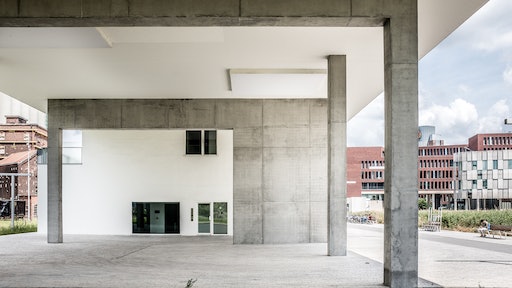 Bright white concrete makes up the newest university campus building in northern Brazil. While white concrete was largely used to keep the building cool in the region's arid climate, the Universidade Federal do Ceará's (UFC) latest development is also part of a growing trend in the global cement market.

Valued at about $7.9 billion in 2017, the global white cement market is projected to reach $10.9 billion by 2025, growing at a CAGR of 4.0% from 2018 to 2025, according to a report from Big Market Research. The residential segment accounted for nearly 47% of the global end use market share in 2017, but the rise of development in the architectural and decorative construction industry is expected to boost the demand for white cement.

White cement's appealing color and and low energy consumption properties are also driving a rise in adoption in construction of designer buildings, insulated buildings in countries with hot climate and future landmarks. Moreover, white cement finds extensive applications in the developing economies such as India and China, owing to high purchasing power, increase in per capita GDP, and rise in building and construction expenditure by the government.

Unlike traditional Portland cement, white cement is created with fuel oil rather than coal, which has an iron oxide content below 0.4%. Iron oxide is what gives the cement its white color. It also serves as a key ingredient in the production of architectural and decorative concrete for use in terrazzo tiles, pavers and prefabricated products such as artificial walls and tile adhesives.

The major factors expected to limit growth in the market include the lower strength of white cement in comparison with other cements and the higher cost.