L. M. Scofield Company is pleased to announce the winners of the Seventh Annual Decorative Concrete Awards contest. The contest is free to enter, and is open to any contractor, architect or designer who uses or specifies Scofield Systems. 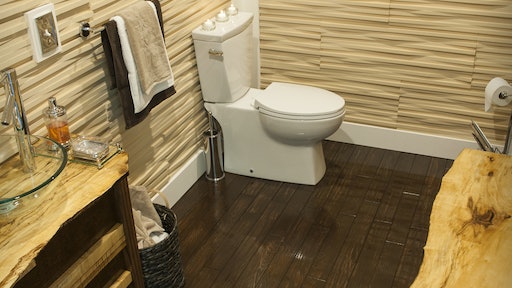 L. M. Scofield Company is pleased to announce the winners of the Seventh Annual Decorative Concrete Awards contest. The contest is free to enter, and is open to any contractor, architect or designer who uses or specifies Scofield Systems. Projects are judged on skill of installation, creativity, artistic expression, and integration with the overall design intent.

This year the Decorative Concrete Awards ceremony was combined with Scofield’s Centennial Celebration, in honor of their 100th year as a company. The event was held at Gordon Biersch Brewery during the 2015 World of Concrete in Las Vegas, and was attended by contractors, media representatives, distributors, Scofield representatives and a special guest. A slide show of all 100 entries was displayed on two monitors throughout the event, and the 11 winners in attendance were recognized and photographed receiving their award from Phil Arnold, CEO and Chairman of Scofield.

There were six categories, each of which awarded a Grand Prize Winner and two runner-ups.
The categories and winners were:
Artistic Concrete Category