Slabs-On-Ground: Slab Thickness and Base Tolerances

Slab thickness is the greatest single factor controlling the load-carry capacity of a slab-on-ground. 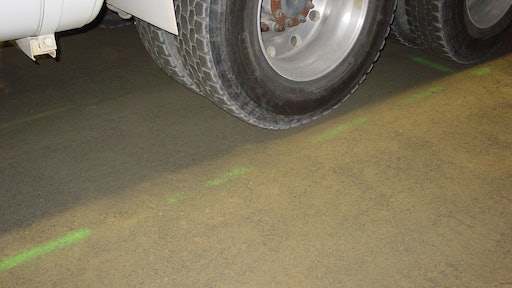 Bases for slabs-on-ground must be smooth, hard and compacted.

Slab thickness is the greatest single factor controlling the load-carry capacity of a slab-on-ground. While other factors including concrete compressive strength, the thickness and quality of the base material and sub-grade stiffness are important, they are minor players as compared to the slab thickness. For this reason, slab thickness and base tolerances are critical and typically specified in the contract documents.

The computed minus tolerance of -1⅞ in. is significantly larger than ACI’s -3/4 in. thickness tolerance. Based on the ½ in. average standard deviation for the measured slab thicknesses, Suprenant and Malisch state a ±1½ in. tolerance would be more realistic for slabs-on-ground.

Slabs thinner than the specified minimum thickness may also increase costs, especially if thickness samples or measurements are part of the acceptance criteria for the slab. Slabs that fail to satisfy the specified thickness requirements may be subject to monetary penalties or rejection even though there are few reported cases of slab failures caused by out-of-tolerance or thin slabs.2

For example, reducing a six inch thick floor slab to five and one-quarter inches reduces the load-carrying capacity of the slab by roughly 23 percent assuming all other factors are constant.3 However, this reduction should not be a serious concern because the concrete strength of the as-built slab and stiffness of the support system beneath the slab typically exceed the design values used to establish the slab thickness.

On your next job, be sure to give the fine grading the attention it requires to ensure a successful and profitable project.

The Kenosha Park District in Wisconsin is rebuilding its velodrome, a track arena dedicated to bicycle racing. The track has two straight sections and two 180-degree high pitched circular bends. It’s one of the oldest tracks in the U.S., starting in 1927.
Joe Nasvik
December 1, 2015

Calcium chloride is the most effective and least expensive cold weather accelerator for concrete. But its use may be limited by building codes or prohibited by some specifications.
Bruce Suprenant, P.E.
Ward R. Malisch, P.E.
January 8, 2014

This ASCC webinar will addess some of the challenges associated with ADA requirements for curbs, ramps, transition points and ADA detectable warnings
American Society of Concrete Contractors (ASCC)
December 4, 2013

Voided slab technology can reduce the dead load of a concrete slab by as much as 35% and allow for large clear spans.
American Society of Concrete Contractors (ASCC)
October 1, 2013