PENETRON technology provided the optimal solution for an environmental upgrade to the Conemaugh Power Plant in Western Pennsylvania. 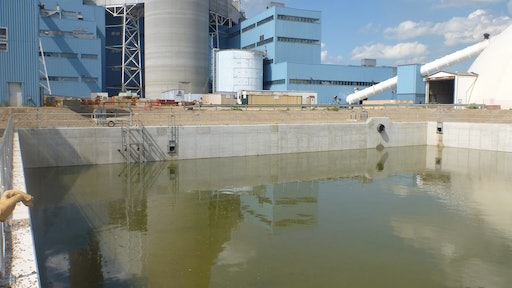 Versatile admixture: PENETRON ADMIX was used for a waterproof concrete structure – treated from the inside out, utilizing PENETRON’s unique crystalline waterproofing technology.

PENETRON technology provided the optimal solution for an environmental upgrade to the Conemaugh Power Plant in Western Pennsylvania. PENETRON ADMIX ensured the containment tank would be completely waterproof and resistant to any chemicals in the pollutants.

The Conemaugh Power Station is a 1,711 MW (coal-burning) power plant located across the Conemaugh River from New Florence, in Western Pennsylvania (USA). The power station generates electricity with two steam turbines running on steam produced by twin 850 MWe boilers. The two hyperbolic cooling towers provide recirculating water to cool and condense the steam and limit the amount of water drawn from the river.

The plant uses more than four million tons of coal each year, and the newly completed facility upgrades the power plant’s capacity to contain ash and ash sediments. The new containment tank prevents runoff and drainage generated by the facility from contaminating the Conemaugh River or polluting the adjacent wetland areas located between the plant and the river.

Between 3,500-4,000 cubic yards of concrete (used for the containment tank) were treated with PENETRON ADMIX to ensure a waterproof structure and also provide resistance to any chemicals contained in the ash. The admixture was added in soluble bags that dissolve immediately when mixed into the concrete, simplifying the dosage and mixing process.

“PENETRON was brought on to the project by Fi-Hoff Concrete Products, a supplier of ready-mix, precast, masonry and construction products after they heard how successful PENETRON ADMIX was on the Consol Water Treatment Plant in West Virginia,” adds Christopher Chen, Director of The PENETRON Group.

In addition to the environmental and concrete durability benefits, PENETRON ADMIX was used in many concrete pours utilizing cold weather placement precautions. The coordination and preparation with the ready mix supplier and the contractor helped keep the project on schedule even during sub-freezing weather conditions.

PENETRON ADMIX Tracer is in the bag

The Water Add Meter measures the amount of water added before and during the pour to help validate concrete quality. Capture accurate, real-time recordations throughout the delivery cycle.
Command Alkon
January 22, 2021
Follow Us