Architects on the renovation of a 280-year-old New Hampshire church utilize the non-destructive investigation technique to save time and money in the construction of the church's expansion. 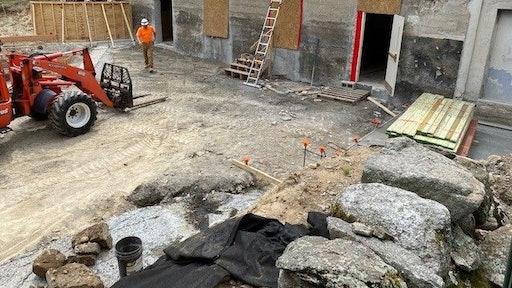 In September 2018, architects were hired by the Congregational Church of Hollis to help design and oversee the construction project for a church expansion. Architects used ground penetrating radar (GPR) during the preliminary planning process for an expansion to a historic church in Hollis, N.H. Using GPR early in the planning process helped to ensure excavation would not disturb any graves. It also minimized the risks of encountering subsurface conditions that could result in delays and increased construction costs.

They Needed a Way to Identify Potential Risks

GPR helps with surveying sensitive archeological sites remotely and non-destructively before excavating. It can pinpoint the places to excavate and indicate which areas should be avoided. Scanning prior to excavating saves time and money and helps to find unknown objects. 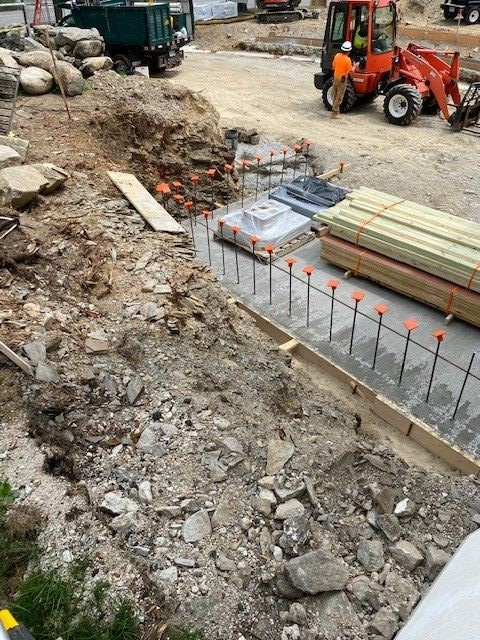 One part of the expansion is located near a cemetery wall and required approval from several town agencies. The architect wanted to use GPR to identify any potential risks ahead of time. They were especially interested in avoiding burial remains while digging near the historic cemetery, or of coming across any ledge that might be in the construction area.

“We were very interested in demonstrating to the Hollis Cemetery Trustees and the Select Board that we are being proactive in minimizing surprises and making appropriate plans to reduce delays and costs during construction,” explains Mires.

The architect called on local GPR manufacturer Geophysical Survey Systems, Inc (GSSI) to conduct a survey in two areas: the right-side yard near the cemetery and the front yard near the church’s existing handicap drop-off area. The survey was conducted using GSSI’s UtilityScan GPR system, which is one of the smallest utility locators on the market. Due to the ease of use, size, and cost of this system, it’s used by utility contractors, environmental specialists, and archaeologists around the world. 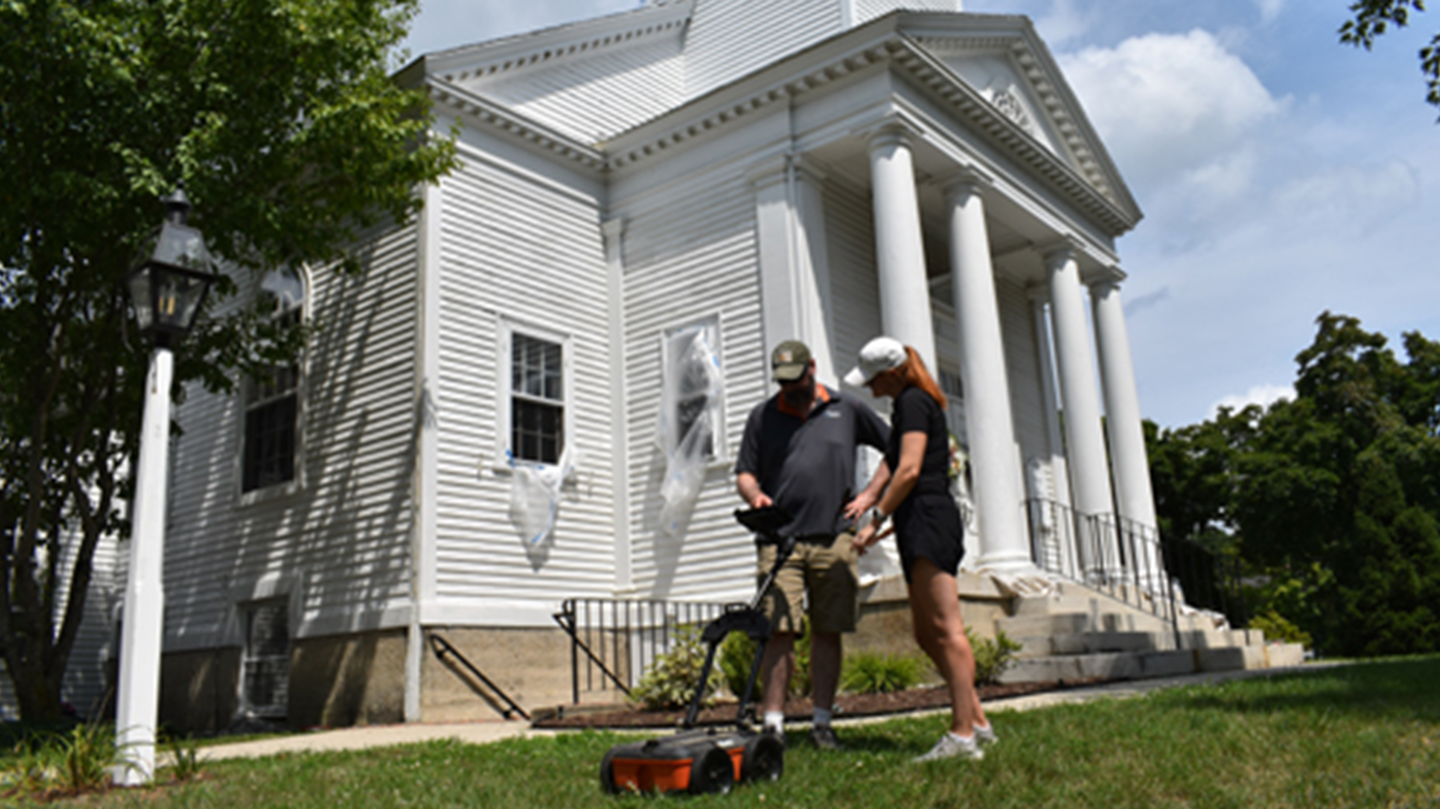 The primary concern was to determine if any burials existed outside of the cemetery boundaries on the right-side yard. Historical burials are typically smaller than 4-6 ft. in length and can vary in depths. Therefore, the team was tasked to look for features in oblong shapes about 1-4 ft. long.

On the right side yard, GSSI collected data by creating a grid formation of 25 by 25 m with lines spaced at 25 cm apart. This method was selected to ensure high-resolution data. The data suggested an anomaly and the team recommended further investigation of the top left-hand corner prior to construction. The anomaly’s geometric shape (a 10 by 10-ft. block) and shallow depth suggested that it could be an old building foundation. In the 1920s, there were a number of out-buildings associated with the church, which could explain the area found in the data. 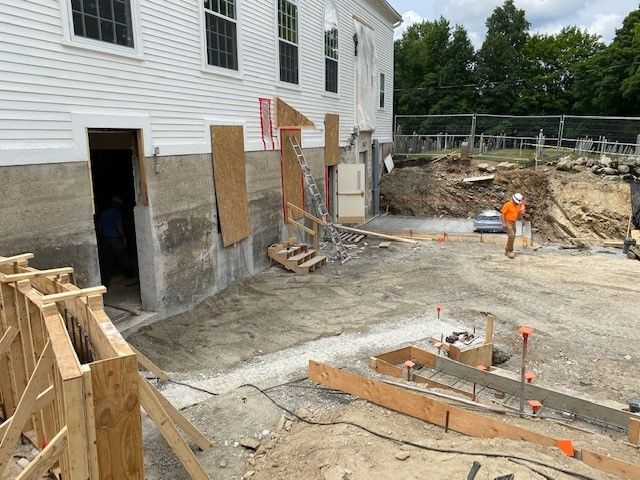 The GPR data ruled out potential graves, indicating that there was no danger of hitting any burials. In addition, the area to be excavated had a low potential of bedrock within the top five feet. GSSI suggested an additional boring test to confirm the GPR results.

In the front yard, GSSI collected data by creating a grid formation of 17 by 10 m with lines spaced 50 cm apart. Previous construction to the church had identified an abandoned underground storage tank (UST) that was removed as part of another project. However, there was still concern about the possibility of additional unknown utilities. Since they weren’t worried about burials on this side, larger spacing was the best method for survey efficiency.

New England soils contain geophysical features that can pose an obstacle for construction sites, such as soil composition and bedrock ledges. In Hollis, N.H. it is not uncommon to see bedrock and glacial till. In fact, several residents in close proximity to the survey site identified such features in their yards. The data identified a possible ledge 2-3 ft. down in the lower right area of the survey grid. The team recommended borehole testing to determine its exact composition. 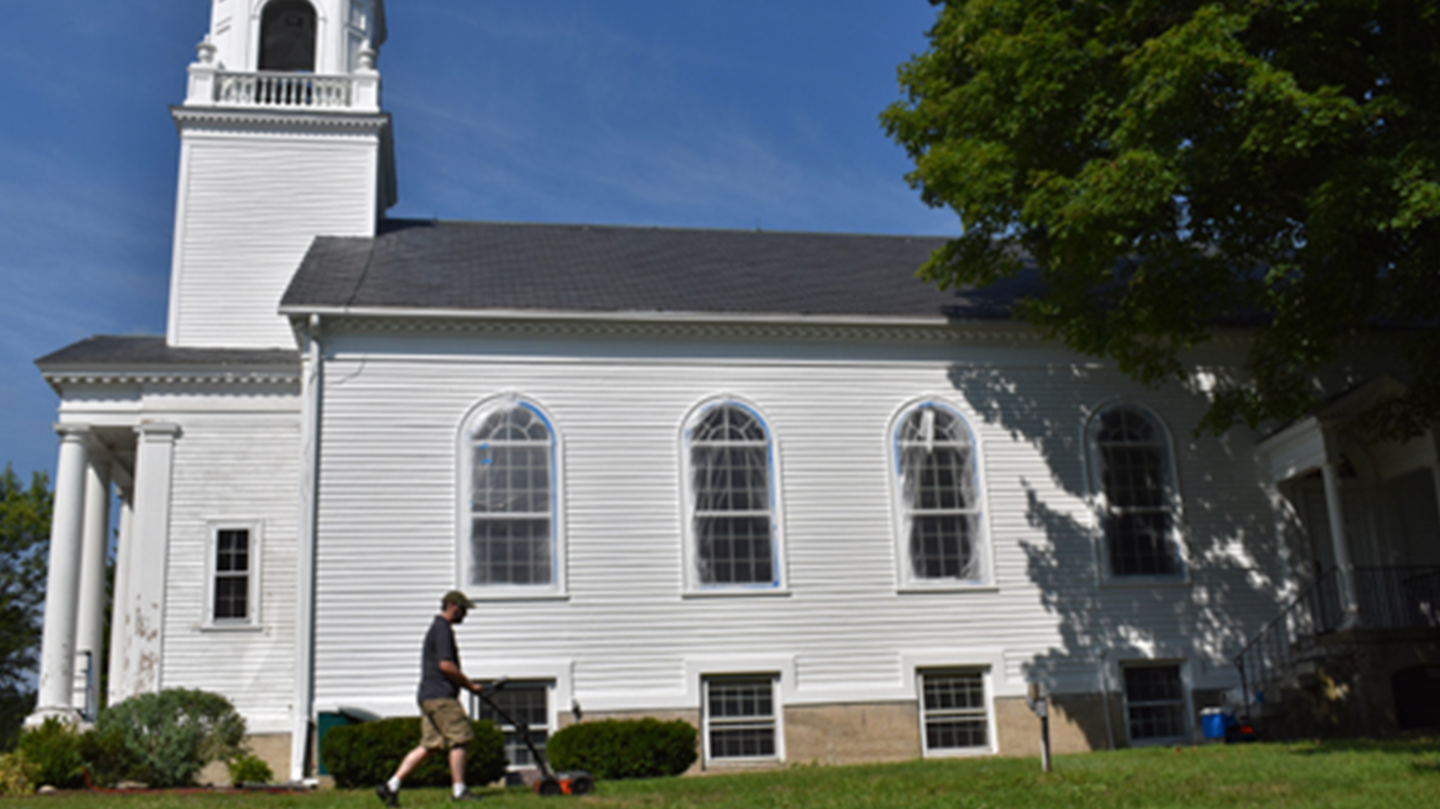 Data being collected on the side yard area.Geophysical Survey Systems, Inc.

The use of GPR was extremely helpful for this unique project,” says Mires. “The suspected foundation in the GPR data turned out to be an old septic tank. We also ran into some shale ledge at about 8-9 ft. down. He adds that his team was able to collect the information they needed without taking any additional borings.

After the GPR survey was completed, the Church went through the funding and approval process to move forward with the work. Construction was completed in November 2020 and is open to the public.

GPR addresses a serious problem, especially in older colonial settings. Settlement patterns change over centuries. Churches close and landscapes can be transformed over time. Developers find stone walls that may have formed farm or field boundaries, and they may frequently run across old cemeteries. The Congregational Church of Hollis project shows how GPR technology can provide answers to what lies beneath the subsurface while still maintaining the proper respect for history. 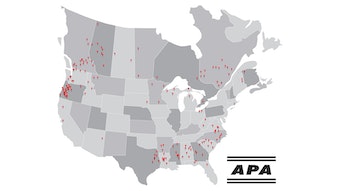 Learn how advanced chemistry, and technology can help concrete producers achieve greater strength, sustainability, and savings.
May 13, 2021
Follow Us