The self-sealing method of concrete waterproofing has been proven effective through successful implementation in a wide range of structures and climates around the world. 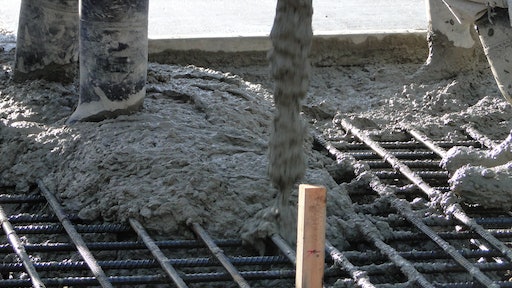 Currently, few materials in the world can rival concrete in terms of effectiveness, price, and performance.
Kryton International Inc.

It is easy to overlook the use of concrete in society, although it plays a vital role in daily life. Concrete is the most-used manufactured material in the world, with nearly three tons per person in the world used annually.; Its benefits to society are immense, as it is used to build schools, hospitals, apartment blocks, bridges, tunnels, dams, sewer systems, pavements, runways, roads, and more. Currently, few materials in the world can rival concrete in terms of effectiveness, price, and performance.

The world’s largest unreinforced concrete dome, the Pantheon in Rome, is still in excellent condition after nearly 1900 years in service. By itself, concrete is a durable construction material—yet in this century, many modern concrete structures are deteriorating. The critical difference between ancient and modern structures is the use of steel reinforcement. With the added steel, new problems arise. The principal difficulty is corrosion due to water penetration, which can reduce the life of a structure and increase maintenance costs.

Corrosion of embedded steel reinforcement occurs when water penetrates the concrete’s surface. As a naturally porous material, concrete is prone to cracking over its service life due to various factors, including early-age shrinkage and loading. These cracks become a conduit for water and waterborne chemicals, which lead to corrosion of the steel. This will in turn compromise the durability of a structure, which leads to an inevitable decrease in its service life.

Three components are necessary for corrosion to occur in reinforced concrete: steel, water, and oxygen. Eliminating any one of these will prevent the chemical reaction and damages incurred due to corrosion.

● Chloride ions cause a localized breakdown of the passive film on the steel; or

● Carbonation causes a general breakdown of the passive film.

When steel corrodes, the resulting rust occupies a greater volume than the steel. This expansion creates tensile stresses in the concrete, which can eventually cause spalling, delamination, and more cracking.

Corrosion of reinforced steel in concrete is a global problem, and is contributing to the deterioration of structures. Corrosion accounts for more than 80 percent of all damaged reinforced concrete structures, incurring significant repair costs for countries around the world.

One method of preventing the migration of water into concrete is the use of an internal membrane. If concrete can self-seal, blocking penetrations, the material becomes its own waterproofing barrier. This stands in contrast to more-conventional means of waterproofing, which usually involve applying a coating or membrane to the concrete surface or installing a hydrophilic or polyvinyl chloride (PVC) waterstop. Prevention of moisture penetration is also sometimes attempted through densification of the concrete or adjustment of the concrete mix design.

The self-sealing method of concrete waterproofing has been proven effective through successful implementation in a wide range of structures and climates around the world.

With this method, crystalline chemicals facilitate a reaction that causes long, narrow crystals to form during the carbonation process. These crystals fill the pores, capillaries, and hairline cracks of the concrete mass. As long as moisture remains present, crystals continue to grow throughout the concrete. Once the concrete has dried, the crystalline chemicals sit dormant until new cracks form (through loading or exposure) and additional water begins to penetrate the material, at which point crystallization begins again.

Crystallization allows concrete to self-seal small cracks without external assistance or repair efforts, decreasing the need for costly maintenance in the structure and increasing its useful life. The process of self-sealing (similar to that of healing a paper cut, where skin closes itself up over time) is a time-dependent phenomenon influenced by four naturally occurring mechanisms:

● The formation of calcium carbonate or calcium hydroxide;

● Sedimentation of particles; and

● Swelling of the cement matrix.

Confirming the self-sealing properties of concrete

This author, in a joint study with Dr. Risha Gupta from the University of Victoria in British Columbia, recently investigated the effects of a reactive, hydrophilic chemical waterproofing admixture that is added during the concrete batching process. The research indicates the incorporation of the admixture not only reduces the permeability of concrete, but also improves the self-sealing properties of concrete.

For the study, a test method was developed to simulate and analyze real-life conditions of the self-sealing process and investigate the effects of waterproofing crystalline admixtures on self-sealing properties.

Crystalline technology eliminates the need for external membranes by becoming a part of the concrete itself internally. Over the past few decades, this technology has been embraced by the construction industry as a superior replacement for conventional membranes, offering flexibility and savings in both time and costs unmatched by traditional waterproofing methods.

The One57 skyscraper, completed in 2014 in New York City, was the tallest residential building in the city at the time of its completion, and is an example of how crystalline technology can be used for waterproofing in a high-performance environment. A critical issue for a building of this size is the difficulty of fighting fire in the upper floors of the building. In cases like this, a fire-suppression system is installed. However, these systems require storage of large volumes of water, meaning leaks entering units or the building envelope could become an issue. A crystalline membrane was used to waterproof One57’s large concrete tank on the 75th floor, which sits on a suspended slab.

Use of the internal membrane avoided typical concerns relevant to these tanks, which are often made of steel (which corrodes), wood (which decays over time), or concrete that relies on an external membrane that can tear.

Using crystalline technology to waterproof the concrete provides the suppression system with sufficient durability to last the life of the structure without cracks or leaks that could cause damage.