Ahead of the UN Climate Action Summit, 28 companies commit to set 1.5°C climate targets aligned with a net-zero future, challenging governments to match their ambition. 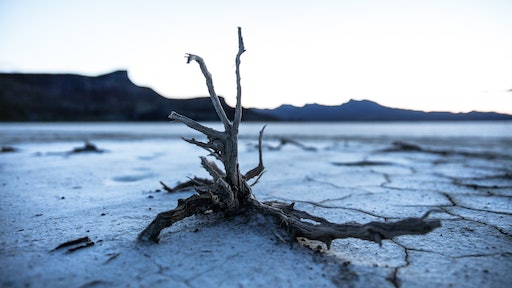 Dalmia Cement, along with 28 companies with a total market capitalization of $1.3 trillion, have committed to a new level of climate ambition in response to a call-to-action campaign ahead of the UN Climate Action Summit on Sept. 23.

The companies, which collectively represent over 1 million employees from 17 sectors and more than 16 countries, have committed themselves to more ambitious climate targets aligned with limiting global temperature rise to 1.5°C above pre-industrial levels and reaching net-zero emissions by no later than 2050 through the Science Based Targets initiative (SBTi).

Dalmia, one of the leading cement suppliers in India, also joins the ranks of HeidelbergCement, which in May became the first cement producer to have approved science-based CO2 reduction targets.

Nearly 600 of the world’s largest businesses have also already committed to setting science-based targets in line with keeping warming below 2 degrees as they believe it will lead to competitive advantages by driving innovation, boosting brand reputation, and increasing resilience to upcoming regulatory changes, as well as limiting the catastrophic impacts of climate change.

“Climate leadership has never been more important than it is right now, and it is inspiring to see so many diverse companies and brands boldly raising their ambitions,” says Lise Kingo, CEO and executive director of the UN Global Compact. “Leading companies are already proving that 1.5°C-compliant climate targets are possible, and I encourage all businesses to seize this opportunity to position themselves at the forefront of this movement and contribute to the achievement of the Sustainable Development Goals.”

The commitments of the 28 companies heed the most recent report by the Intergovernmental Panel on Climate Change (IPCC), which warned of catastrophic consequences should global warming exceed 1.5°C.

“The UN Secretary-General has called on leaders to come to the Climate Action Summit in September with clear plans for major cuts to emissions on the pathway to a zero-net emissions economy by 2050,” says Ambassador Luis Alfonso de Alba, the UN Secretary-General’s Special Envoy for the Climate Action Summit. “It is very encouraging to see these climate leaders in the global business community taking action, both to help tackle the climate emergency and because taking climate action presents huge opportunities for early movers. By sending strong market signals, these companies are showing Governments that they need to urgently ramp up their national plans in line with the latest climate science.”

In addition, the companies are committed to setting science-based targets through SBTi, which independently assesses corporate emissions reduction targets against the latest climate science.

“The science is clear: To limit the catastrophic impacts of climate change, we must ensure warming does not exceed 1.5°C. The ambition is high, but it’s achievable—and science-based targets give companies a roadmap for getting there,” says Paul Simpson, SBTi board member and CEO of CDP. “We urge all companies to seize this chance to align their business with a 1.5°C future and drive forward the transition to a net-zero carbon economy.”