Telematics: Capturing the Power of Information 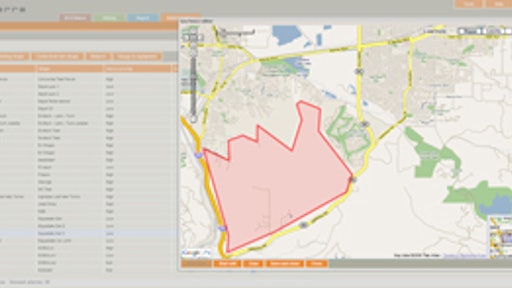 Telematics systems detect a vehicle's engine operation and wirelessly communicate the data to a computer system for real-time monitoring; the data also can be compiled by software for periodic in-depth analysis. These systems can monitor engine operation to determine when a dozer is idling or running at a higher revolutions per minute (RPM) to move dirt, for example, indicating how productive the machine is. Excessive idling time can also translate to a low ratio of fuel consumption to actual productive work.

Total engine run time-or high-RPM operation-can be compiled and notifications set up at intervals defined by management to indicate that preventive maintenance should be performed, not just on the engine but on components and items such as hydraulic fluid. Machine servicing occurs at optimal intervals, making the most of the company's equipment and labor assets.

Using GNSS, these systems can also detect vehicle location. These positioning data can be useful for alerting management of equipment theft, the location of a lost machine or employee misconduct. In addition to tracking vehicle location, these systems can be used to establish geofences, i.e., virtual 'fences' around a site or route and alert management via a text message or e-mail when a machine is located outside of the boundary. Helping management to prevent theft can minimize insurance costs.

Telematics recently have been shown to positively impact two factors that particularly affect profitability.
Machine utilization - Telematics have shown some customers that they sometimes buy or rent more machines than necessary for a given project, according to Topcon Positioning Systems, which provides the Tierra system. Real-time monitoring may reveal that one or more machines are not being used and are available for redeployment to another job site.

Management can also generate fleet-wide reports to reveal how many backhoes were operated for less than three hours the previous week, for example, indicating to management that assets outweigh needs. Topcon points out that one customer determined, via telematics, that it was renting two machines at a cost of $10,000 per month without operating the machines at all. An analysis of idling time compared with productive time presents an operator training opportunity for management. Arguably the most useful function of analyzing machine productivity with telematics is providing an opportunity for more accurate project estimating-which sets rates that allow a recovery of equipment capital costs while maintaining overall project profit margins.

Fuel costs - These have constituted an increasing percentage of operational costs over the past few years. Brent Ohlendor, technology specialist with T.J. Lambrecht Construction, a large U.S. excavating and grading contractor that operates about 500 construction machines and the Tierra system, notes "Fuel use and consumption are actually driving the construction industry right now; with diesel prices the way they are right now, our ability to monitor the fuel use of a machine as well as idle time and wasted fuel is very important to us." According to Topcon, the company reduced its fuel costs by $30,000 per month just by monitoring engine idling time throughout its fleet via telematics.

Machine control fundamentally impacts profitability
No technology has had a greater impact on excavation and grading work in the past few years than GNSS machine control. Still, it is estimated that less than 10 percent of the world's heavy equipment has been outfitted for machine control operation.

These systems use a GNSS antenna and a receiver box mounted on a machine such as a dozer, grader or excavator. Satellites send positioning data to another antenna/receiver combination at a stationary base station. Positioning data is also sent to the machine. Some contractors subscribe to a cellular network that provides positioning corrections using cellular technology, replacing a base station and eliminating base station setup time.

The stationary base and machine work together to provide real-time kinetic (RTK) position information. This reveals the machine's three-dimensional location on the site. Software compares the machine's position to the design grade-which is built from site plans-at a given location. The control box updates positioning data and sends signals to the hydraulic valves. Other sensors inform the control box of certain machine conditions; for example, a dozer is equipped with a slope (tilt) sensor on the blade to measure the cross-slope of the cutting edge. "Indicate systems" like Topcon's 3-D systems provide visual guidance for machine operators, who manually control the machine to cut or fill to the desired grade. In a fully automatic system, the blade is automatically positioned for elevation and slope.

When thinking about purchasing these kinds of advanced machine-control technologies, contractors should consider the financial impact that they will have on their businesses. A major indicator of the financial benefit of any capital investment is payback, or how long it takes to generate enough profit to equal the investment cost. Beyond this point, the investment should only increase overall company profit.

Although the savings vary according to differences among machines, workers and jobsites, the contractor can determine payback on machine-control technology by focusing on four areas of savings that it provides.

Production - When a dozer requires fewer passes to get a site to within specifications, it can translate to faster project completion and lower construction costs for project owners. The operator can cut or fill with confidence and avoid rework. The time savings also yields savings in materials, labor and fuel.

Labor - Machine-control technology can drastically reduce the need for grade checking, either by the contractor's own personnel or by third-party services. This can save several thousand dollars in construction costs. Most contractors have established hourly rates for equipment plus labor. The contractor should determine what his hourly rate will be for a GNSS rover and operator, and compare the cost with that of a surveying crew. The machine-control technology provider's cost analysis determined that reducing the distance between fine-grading stakes by half and the number of stakes per station by two-thirds-possible through the use of machine control-reduced the staking cost from about $4,951 to about $840 per mile.

Fuel - One of the largest impacts on profitability for every earthmoving operation today is fuel costs. Recording a machine's fuel costs per hour-both with and without machine control-is perhaps the best way to determine the impact of the technology.

The contractor must also incorporate the cost of a machine-control system when estimating a project. A fully automatic system costs more than an indicate system. To determine the cost of operating any GNSS-enabled piece of heavy equipment, a simple calculation based on percentage of investment will suffice.

Payback periods vary greatly with the business skill of the contractor and the scale of projects. It is not uncommon for contractors to report that the cost of technology was recovered from savings realized on a single project. One machine-control technology provider conducted an analysis of reductions in sitework time and the corresponding savings that machine control can provide. According to the analysis, reducing the number of grader passes necessary to get to grade with a conventional system saved about $7,200 per mile on one highway project.

Many contractors stay competitive by using the profit generated from the increased productivity as a buffer against inflationary costs. The true advantage to reducing costs makes it possible for small operators to compete at the bid table with larger companies that may be shying away from advanced technology.

Telematics Provide the Next Competitive Edge

Track Use to Control Equipment Costs

WebEd: Adapting Jobsite Drones and 360° Cameras in Response to COVID

The Beck Group and Linbeck will demonstrate live how they are using drones and 360 degree cameras to bridge the current remote and social distance gap created by COVID.
Follow Us