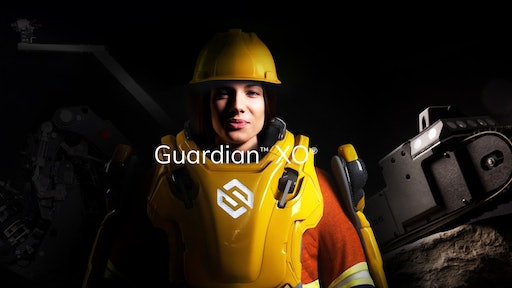 Sarcos Guardian XO exoskeletons are designed to enable workers to safely and easily lift up to 200 lb. repeatedly without exertion, strain or injury and prevent both daily fatigue and long-term physical degradation from humans performing physically taxing jobs.

Autonomous vehicles, brick laying robots...human robots? Ok, so it's not exactly a human robot, but it is forward thinking technology that uses robotics tag teaming with a human worker to improve productivity and reduce worker fatigue. That's how I would describe the Sarcos Guardian XO and XO MAX Exoskeleton. 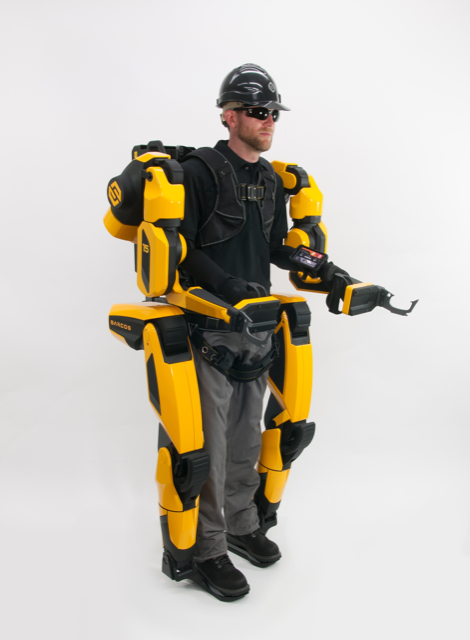 What is that? According to developer Sarcos, the Guardian XO and XO MAX are the "first, untethered, battery-powered exoskeletons that enhance human productivity while keeping workers safe." Sarcos refers to it as a highly dexterous, mobile robot. What's that? Well looking at the picture, I would call it more of a robot suit.

This exoskeleton robot suit is still in development, but I expect it will start to create a lot of buzz in the industry. Why do I think it's cool? Many reasons. But one of my first thoughts was how this will incorporate technology onto the jobsite without eliminating jobs, because a worker is still needed to operate the exoskeleton. A lot of people worry that technology such as brick laying robots may put people out of a job. That would not be the case with the Guardian XO and XO MAX. In fact, it will hopefully allow construction laborers to work longer because the exoskeleton will hopefully decrease work related injuries and strain that can shorter a construction worker's career.

What does it do?

The developer also says the exoskeletons require minimal operator training because they permit "natural, fluid and intuitive movement." It's designed to augment human strength and endurance without restricting an operator's precision or freedom of movement. The exoskeletons feature scaled dexterous end effectors and force feedback features allowing the operator to perform highly precise tasks with heavy tools or components.

Sarcos says the robots are "energetically autonomous", which means they supply the energy to handle themselves. Plus, built-in software controls manage what should and shouldn't be done while wearing the suit to prevent any performances or tasks that would not be good for someone to do with our without the suit.

Sarcos plans to offer them under a Robot-as-a-Service (RaaS) framework, which means Sarcos assumes responsibility for ongoing maintenance, repair, support and operations optimization during the life of-contract for a monthly fee. As an alternative option, the company will sell the exoskeletons for purchase outright, putting the owner responsible for maintenance. The Guardian XO and XO MAX are still under development, but the exoskeleton suits could be commercially available as early as late 2019.

I am very intrigued to see how development of these exoskeletons progresses, how they are used in the construction industry and how well received it will be by construction contractors. Not only does it seem like a cool concept but it also has practical use in the industry and could also help improve safety and wellness of construction laborers.

What are your thoughts? Do you see this benefiting the construction industry? Would you use one of these exoskeletons in your company? Do you think this product will be a flop?

Share your thoughts and opinions in the comments section, on the ForConstructionPros.com Facebook page or send me an email at khegeman@acbusinessmedia.com.

Did you like this blog? Read more Construction Toolbox blog posts on ForConstructionPros.com.

[PODCAST] Robotics in Construction Can Improve Productivity and Safety