Computer scientists at the University of the West of England are developing software that uses artificial intelligence (AI) and machine learning to help construction reduce the amount of embodied carbon in their building and infrastructure.

University of the West of England (UWE Bristol) 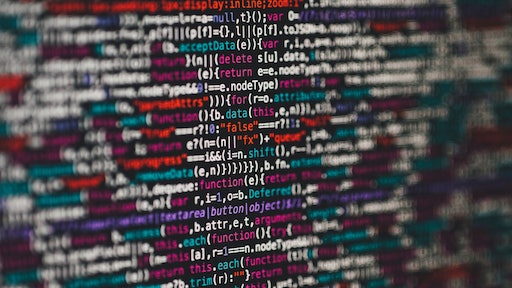 Computer scientists at the University of the West of England (UWE Bristol) are developing software that uses artificial intelligence (AI) and machine learning to help construction companies reduce the amount of embodied carbon in their building and infrastructure projects.
Markus Spiske on Unsplash

Computer scientists at the University of the West of England (UWE Bristol) are developing software that uses artificial intelligence (AI) and machine learning to help construction companies reduce the amount of embodied carbon in their building and infrastructure projects.

The £800,000 ($969,016) project is funded by Innovate UK, the United Kingdom's innovation agency that works with organizations to drive the science and technology innovations that will grow the UK economy.

UWE Bristol’s Big Data Laboratory is leading the two-year project, which began in November, in collaboration with Winvic Construction and Costain, as well as working with Edgetrix, a start-up that specializes in cloud and AI solutions.

Together, they are developing a program that radically speeds up the process of determining how to reduce embodied carbon at the planning stages. Embodied carbon is the amount of energy (measured in CO2) consumed during the project’s construction phase and includes emissions from material extraction or manufacturing, transport of materials, among others.

Construction organizations have caps on the amount of CO2 their construction projects emit, which is in line with the UK government’s objective to achieve net zero carbon emissions by 2050. This means that when planning the construction of a bridge or building, they need to estimate the amount of embodied carbon. This can then be reduced by using alternative materials that have a lower carbon footprint.

However, determining which materials to use can be time-consuming and can take up to several man-hours, the new software will use machine learning to make that calculation and save time.

Lukman Akanbi, who is leading the project and works at UWE Bristol, says, “We are going to collect embodied carbon data from previous projects and machine learning models will be developed to learn the patterns from this data. The system will then be able to come up with alternative materials quicker.

“For a large scale project for example, instead of taking 5-10 hours to work out alternatives, it could initially take only one to two hours and further down the road, once more data is gathered, just a few minutes.”

The work, which started in November, will initially use Winvic and Costain’s commercial premises as test sites for the software. The plan is then to roll out the software to building designers and others working in the construction industry.

Akanbi says, “The objective is to make the system available to building designers and enable them to use it as part of their existing design systems, such as Autodesk Revit. This way they can implement embodied carbon analysis incrementally throughout construction projects’ delivery.”