U.S.-based Skyfish, noted for its engineering-grade drone capabilities in infrastructure, has netted a major investment. 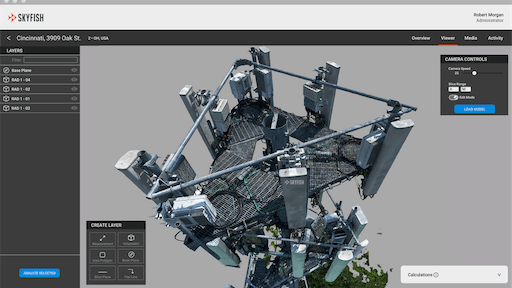 Montana-based drone maker Skyfish has recently received attention, and funding, from investors for its engineering-focused technology. The company is reporting it secured more than $20 million in Series Seed funding led by Henry Wolfond, CEO of Bayshore Capital and Steven Bernstein, chairman of SBA Communications.

“After speaking with Skyfish customers, we quickly understood that Skyfish is unique in the commercial drone world, producing precise ‘engineering grade’ drone-enabled photogrammetry and 3D models of infrastructure,” he says. “These are the best cell tower digital-twin models I’ve seen and could significantly enhance the cell tower industry’s inspection, measurement and mount mapping processes. To date, Skyfish’s amazing photogrammetry has been a bit of an industry secret, but now it’s time to tell the world.”

According to a press release, the funds are earmarked to grow customer revenue, expand drone manufacturing capacity and add to Skyfish’s existing talent pool. The funding comes on the heels of Skyfish being recognized as an industry leader in engineering-grade photogrammetry and 3D modeling for inspection, precision measurement and analysis of critical infrastructure.

“We are thrilled to have Steven and Henry advising the company,” says Orest Pilskalns, CEO of Skyfish. “Everyone talks about engineering-grade measurement, but we actually deliver on that promise. Now engineers can feel safe signing off on drone-enabled models because they are working with data they know they can trust.”