LUZIRS - Lazy, Uninspired, Zero-interest, Irresponsible, Rude, Slackers - may not be that easy to fire. Here's how to protect yourself. 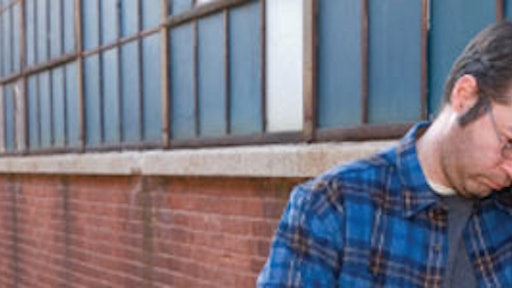 Several months ago, my friend and client Bill called me to complain about his employee Dave. Bill said he was fed up with Dave and wanted to fire him right away. I asked Bill to send me a copy of the file he had on Dave.

Unfortunately, Dave's personnel file was pretty slim. Dave was hired about three and a half years ago, and there were two performance evaluations in his file, the most recent of which was six months old. It showed that Dave's manager gave him a consistent 7 or 8 on a 10-point scale. There was no other disciplinary information in Dave's file.

I told Bill, "I don't think you should fire Dave yet. There's nothing in his file but two evaluations indicating no problems." Bill went on a tirade about Dave's faults. "He's lazy. He doesn't care about his work or my customers or how we look when he screws up. I can't motivate him. He is a constant disappointment and a pain in my @#%."

"Bill, are you trying to tell me that Dave sucks?" I asked.

I explained to Bill that Dave is one of the LUZIRS = Lazy, Uninspired, Zero-interest, Irresponsible, Rude, Slacker. Then I gave Bill the bad news: "If you fire Dave now, he may sue you claiming some discriminatory reason for the termination or that it simply isn't fair because you never warned him or told him he was a problem employee and you never gave him a chance to improve. While you would probably win that case if we can prove how bad Dave is, it will still cost you a fortune in legal fees and expenses just to prove that you're right. Worse, there is a risk that because there's nothing in writing, we may still lose."

The real problem here is that although Dave is clearly one of the LUZIRS, he was not managed well or evaluated properly. This happens all the time, especially when employers use numerical evaluation forms that let supervisors and managers simply circle a number without providing meaningful feedback during the evaluation process. It is human nature for managers and supervisors to want to avoid conflict if possible, so when asked to evaluate Dave it is no surprise that they circle 7 or 8 on the form. The reality is that managers don't want to sit across the table from Dave and tell him, "Dave, you suck. You're not doing the job we hired you for well at all, and here's why . . . " If management had consistently done this with Dave, we could probably have fired him without a problem long ago.

There are a couple of lessons to learn here. First, don't use evaluation forms that are mere numerical choices, because managers will follow their instincts and avoid the confrontation. Second, instead, use evaluations that force written comments and encourage direct communication to Dave of his failures and his successes. Third, make sure the evaluation actually happens and the manager meets with Dave. Fourth, make sure the manager documents what happened in the meeting. This is vital, as it provides the written proof we need if we fire Dave and he tries to cause a problem. Finally, make sure management sets a reasonable expectation for Dave's future performance and a time frame to re-evaluate him. This is sometimes called a Performance Improvement Plan, but regardless of the title, the purpose of this is to set mutual expectations for Dave and his manager, so that if Dave does not meet those reasonable expectations, he will not be surprised if he is fired and will be much less likely to cause a problem. Of course, the expectations, the results over time and the re-evaluation of Dave should all be documented in writing as they occur.

Most employers agree that 80 percent of their employment-related problems are caused by 20 percent of their workers. While not all of them are LUZIRS, most of them are. The best way to get rid of the LUZIRS is to confront them frankly about their problems, give them notice that they must improve and reasonable goals, and then monitor their performance. If they don't meet expectations, terminating them should be easier. However, do be cautious if one of the LUZIRS has made complaints or used excessive leaves of absence as these situations may call for special treatment or concern.

Four Employment Regulations That Will Affect Business Owners in 2014

Employees with 'Attitude': How to Reverse the Entitlement Attitude of Your Problem-Staffers

The factors and considerations concrete contractors should be aware of for placing concrete in cold weather
Sakrete
January 18, 2021
Latest
Business Services

One-stop solution can help operations and fleet managers plan, monitor, dispatch and capture form data from the field and adjust work plans throughout the day
Verizon Connect
April 19, 2018
Follow Us