Improve Your Cultural IQ - Save Lives 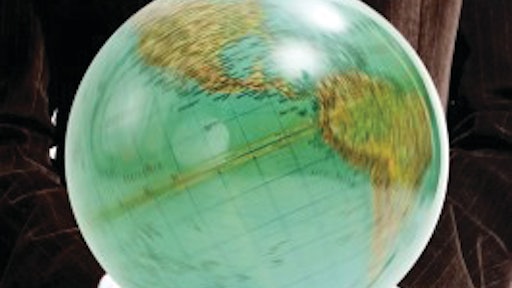 "Culture is more often a source of conflict than of synergy. Cultural differences are a nuisance at best and often a disaster." - Geert Hofstede

And so it is on the jobsite. Construction management is a daily exercise in identifying solutions to an unending series of nuisances and disasters.

The drywallers don't install a second layer of 5/8 on the shaftwall.

This is a nuisance.

A roofer doesn't tie off correctly and falls to his death.

This is a disaster.

Sadly, both these examples occur far too frequently. Sometimes, a lack of communication or understanding - possibly due to cultural barriers - can be the cause. An improved understanding of the cultural differences on the job can help remedy these situations.

OSHA statistics report Hispanics are disproportionately more likely to be injured or killed on the job. This is largely due to cultural and communication differences.

The English-Spanish language barrier is the most obvious manifestation of our cultural differences. If you've stepped on a jobsite recently, the Spanish language would be hard to miss. But communication is a derivative of one's culture; understand culture and you'll be better prepared to improve communication.

The 2010 US Census revealed Mexicans (via family ancestry or place of birth) account for 66 percent of all Hispanics living in the US (Puerto Ricans constituted the second largest Hispanic group at roughly 9 percent). By narrowing our cultural IQ improvement to Mexico, what can we learn? We're not all that different are we?

Despite the explosive growth of the Hispanic population in the US and the 2,000-mile border we share, culturally speaking, US and Mexico are worlds apart.

But what does "worlds apart" mean exactly? Can you quantify the cultural worlds apart-ness? Culture is a common set of shared attitudes, values, goals, and behaviors among a certain group of people. It's not a live load calculation.

Can You Measure Culture?

Yes, culture can be measured. Geert Hofstede, a Dutch social psychologist and anthropologist, analyzed massive amounts of cultural data from around the globe. The results established his Cultural Dimensions Theory.

Why should you care about Geert? His theory can be used on the jobsite to minimize both nuisances and disasters. Hofstede measured culture along four dimensions and then compared the scores of one country against those of another. The four dimensions are:

It is along these four dimensions that quantify how far apart the Mexican and American cultures are. Let's dig a bit deeper into each one.

Logical Disclaimer: As with any analysis regarding large groups of people, statements about cultures are general and relative. Nations are very complex and the goal here is to create a general awareness on the jobsite.

As the name implies, this dimension examines how readily members accept their distance from power. A high PDI indicates that individuals understand where they stand in the pecking order and don't necessarily demand justification for the way things are. A low PDI indicates those in power better be prepared to explain how they got there.

The American Revolution and the Occupy Wall Street Movement are two examples of how Americans aren't shy when it comes to questioning power. Per the PDI, Mexico is twice as comfortable with inequality. There is an acceptance of the distinct layers of society. They keep their heads down and respect the powers that be.

Of the 66 countries in Hofstede's study, Mexico ranked #5 on the PDI while the US ranked #52.

This dimension is fairly straightforward. It examines the degree to which members prefer individualism over collectivism.

Unsurprisingly, the US scored high in this dimension, ranking the highest among the 66 countries. The American Dream is predicated on individualism. As a group, Americans aren't afraid to go it alone. Nothing is impossible. "Just Do it."

Mexico leans towards collectivism, ranking #40 on this dimension. Richard D. Lewis in his book, When Cultures Collide: Leading Across Cultures, cites the strong Mexican values of family closeness, group loyalty and family deference.

This dimension represents a preference of "Masculine" virtues (heroism, competitiveness and material reward for success) over "Feminine" virtues (sharing, caring, nurturing, and modesty).

This is the only dimension of the four where Americans and Mexicans are reading the same playbook. Mexico's Machismo complex is evidenced in its high score in this dimension, #7 out of 66 countries.

A side note to feed your curiosity: According to Hofstede, Sweden is the most feminine country.

The US is very comfortable with uncertainty. This seems a natural fit with our high individualism score and our entrepreneurial spirit. Mexico is in the top third of countries regarding uncertainty avoidance. They want things clear, concise and consistent.

Mexicans respect authority. They are less likely to speak up about a jobsite issue and "make waves." But you need them to. Ask for their thoughts and then listen. If language is a barrier for you, what percentage of new improvement ideas are you missing out on? As an authority figure, break through the silence by simply saying hello in Spanish.

Mexicans maintain close ties to the country of Mexico. And like Americans, they have a strong affinity to their home state. Get a map of Mexico, hang it on the wall and use thumbtacks to identify where the workers on your job hail from. It will show you respect their collectivist culture, and you'll learn plenty.

Imagine working in a job where all the authority figures spoke a different language. Those individuals whose appreciation and recognition matter most to you walk by you everyday and ignore you.

Mexicans on our jobsites live with a lot of uncertainty. You can make key information, like safety, clear and certain by translating more than just the required documents into Spanish. And that doesn't mean using Google Translate.

Shell out a few bucks to have it done right by someone who actually works in construction. Incorrect, ambiguous and often hilarious translations are not going to clear up any uncertainty. Customized posters are one cost-effective way to achieve this.

To be competitive these days, you need all the advantages you can get. The 2012 jobsite calls for leadership that recognizes cultural differences and isn't tripped up by language barriers.

How are you going to lead differently in 2012? Improving your cultural IQ and acting upon the solutions given here can decrease both your jobsite nuisances and disasters as well as improve communication and interaction within your company and on the jobsite.