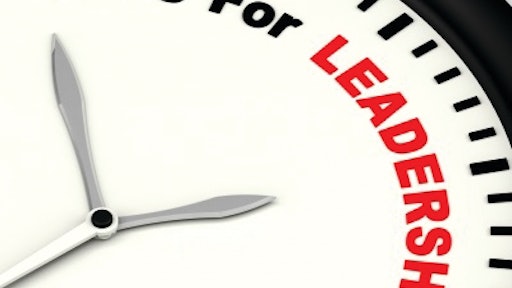 If you are going to grow your business, keep it profitable, and free yourself from it, your team is going to have to stay disciplined to the best practice systems.

Systems are boring. They stifle creativity. They make many workers feel like robots. However, adherence to them is absolutely mandatory if you are going to run a predictably profitable business and grow your business.

Systems remind me of diets. We all know they will help us reach our goals. We all make commitments to them. We all struggle with the follow through...well at least most of us mere mortals do any way.

People being people, some of us are wired to stay disciplined to systems and others fight them. Admittedly I fall into the latter category. Most people I've met do likewise. There is a certain group of people who embrace the repetition required of systems. As that group only represents about 25 percent of the population and less than that of those in the construction industry odds are that you and the vast majority of your team are going to internally fight adhering to the systems that you need to lock in for your business. Let's call those the non-negotiable systems.

There are a handful of the tricks to driving adherence to your systems. The first is developing systems that make sense, systems that can be performed with relative ease by the people who are tasked with performing them. This is a mistake I see frequently. A system is put in place by a contractor that really stretches the skills of the people doing the task. This is the underlying reason that systems often take multiple cycles of evolution before they reach their long term design.

Job costing systems are a perfect example. If a contractor is starting from scratch on measuring field worker productivity it typically takes three to four years of methodically increasing the data collection complexity before the job costing system will reach its zenith of perfection. If you roll out the fully developed and detailed final version from the beginning your field personnel will be overwhelmed by the complexity, openly complain about it, and turn in garbage information. If you start simple, teach them how to fill out the new slightly complicated timesheet and give them a year to get comfortable with it, you can increase the detail in year two. There are no shortcuts in getting to the refined system.

The second trick to driving adherence to systems is making sure you are deploying best practice systems. Workers judge the quality of the systems you are forcing them to follow. If they feel that you are asking them to follow a system that doesn't produce better results and better decisions they will reject the systems out of hand. That is why I strongly recommend starting your system design off by finding the acknowledged best practitioner, which may well be yourself, and having them document how they work the system. From there forward refinement should be a group activity. Get feedback from many of the practitioners as possible staying focused on identifying and documenting system improvements until the best practice is locked down.

The third trick to driving adherence to the systems is creating common understanding among your team why the systems that apply to them are designed the way they are, when they can and should deviate from them, and how those systems are connected to other systems in your business. This latter step is sometimes referred to as understanding the system's suppliers and customers.

The fourth trick to driving adherence to the systems is just that: hold people accountable to following the systems. As I stated earlier it is human nature to not want to rigidly follow a system. Your employees need to understand how adherence to systems helps them personally (by hitting their pocketbook). They need to understand the outcome of ongoing routinely deviating from non-negotiable systems. And finally, you will have to let the occasional employee go due to his or her refusal to follow the systems.

Work is work after all. Not play. What makes work work and not play is that work involves doing some tasks that we don't draw pleasure from - like following boring systems. However if you are going to grow your business, keep it profitable, and free yourself from it, your team is going to have to stay disciplined to the best practice systems day after day, week after week, and year after year.

How to Effectively Manage Construction Employees to Drive Profitable Results