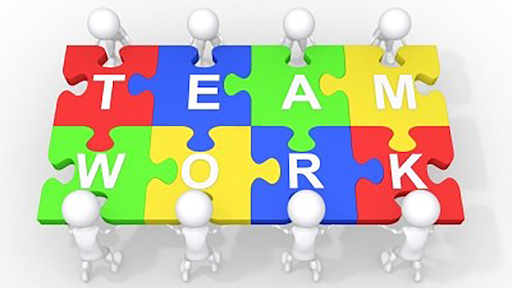 Work to make the five traits of great teamwork part of your work crews, your project teams and even your senior leadership team.

One of the most consistent requests I get from contractors around the country is, “Brad, how do I really get great teamwork?” This teamwork might be among workers of a formwork crew, the field leadership team of a joint venture, or the teamwork needed among the executive team. Perhaps different levels of people but still the same needed traits for great teamwork.

I have witnessed all sorts of teams that appeared to make it work for their group of individuals, but I must admit that there appears to be about five traits that I have found exist within a great team. Let me quickly share them and then offer a little insight for each trait.

If trust is not present within your crew, project team or executive team, you will not have teamwork. Team members do not have to like each other, but they have to trust one another. Being confident that each member “has my back” when needed and will defend each member is huge toward building a team culture of trust.

While trust is often manifested through communication the underlying trust needed is the internal feeling by each member that “we are all on the same page.” When one member disagrees with another member, there is no personal attack but respect for the opposing viewpoint. However, once a decision or action is taken, each team member works from the same understanding.

Reinforcing trust within a team is the need for direction. I’ve observed teams of construction people who may have trusted each other, even liked each other, but had no clue as to the direction or purpose of their efforts.

Direction gives the purpose for the teamwork. When a group of people are all focused on striving for the same end goal there is informal outreach between members on how to make the goal a success. I have found, personally, that providing direction alone is a great motivator for individuals to set their own agendas aside and figure out how to maximize the talents and knowledge of those on the team.

Once trust and direction are in play the team members can then impact each other through influence. Influencing a fellow teammate is not to strong-arm or to manipulate. Rather, to influence is to approach other members with helpful insights or expertise that can contribute to greater results. To influence is to present a perspective or solution and then allow the teammate time to understand, adjust and finally to see the advantages in the perspective.

In my studying and coaching of teamwork among the construction crew, project team or executive team, I can assure you that there is much influence exerted among members. Sure, some members may be more influential than others but there is still a trust that one member is not taking advantage of another.

Transparency remains one of the hardest things for construction teams to acquire as a team trait. This trait is difficult for many reasons, perhaps,but admittedly to be transparent is to trust others. Therefore, if a team can truly experience trust between its members, the openness to be honest and emotionally “naked” in front of fellow members becomes much easier.

Much of my observations on teamwork through the years have discovered that for the construction team to be transparent it is helped along if one or two of the members will initiate the honesty. This might include one member making an apology to another member in front of teammates or simply one member sharing honestly why they cannot support a decision, goal or action taken. Tough to do for sure, but if you don’t have transparency in your teamwork, I doubt your team is reaching their potential.

A fifth trait I have always found within any great team is leadership. In the team, it’s not “leader-follower” living but instead “leader-leader.” This suggests that every team member, no matter their rank and title, can lead one or more of the other teammates in any given situation. The leader-leader does not suggest equal pay among the members but rather a healthy respect for each member, giving way to the member with greater experience, knowledge, commitment, etc.

Leadership is desperately needed today in construction. The great teams in construction spend very little time establishing who is “top dog” in control and more about getting all of the “dogs pulling the sleigh” in the right direction.  Title and rank have little to do with real leadership; in fact, at times, it can be the greater interrupter of high performance.

Work to make the five traits of great teamwork part of your work crews, your project teams and even your senior leadership team. The same “diseases” that can cripple teamwork (such as jealousy, egos, etc.) at the crew level can also cripple great teamwork for the management team.

Start team building today and let it begin with the five functional traits of great teamwork!

It Takes a Team To Build a Business

The Importance of Team

Avoid making these common mistakes before and during the hiring process; plus, a bonus 8 mistakes to avoid after hiring
July 31, 2019

Derek Davis from Notevault talks about how the company is making time cards easier for construction contractors
January 25, 2018