Texas and North Dakota added the most jobs for the year; Georgia had worst yearly job losses 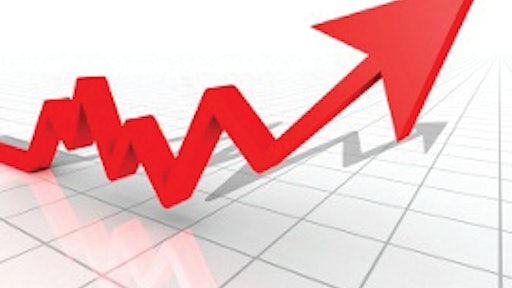 Construction employment rose in half the states and decreased in half in October and during the past year, closely matching the static national employment picture, according to the Associated General Contractors' analysis of Labor Department data. The even split between gains and losses reflects the accelerating improvement in apartment and private nonresidential construction, offset by a declining public market and stalled single-family sector.

Among the 25 states that shed construction jobs over the past 12 months, Georgia experienced the steepest decline in percentage and total (-9.5 percent, -13,800 jobs). New Mexico was second-worst in percentage terms (-9.2 percent, -4,100 jobs), followed by Wisconsin (-8.6 percent, -8,100 jobs). Florida had the second-highest number of job losses (-11,600, -3.4 percent). Arkansas had no change in construction employment over the year.

Of the 23 states that lost construction jobs from September to October, Nevada had the largest one-month percentage drop (-4.6 percent, -2,600 jobs), with Alabama next (-3.2 percent, -2,700 jobs), followed by Michigan (-3.0 percent, -3,900 jobs). Texas lost the largest number of construction jobs for the month (-12,800 jobs, -2.1 percent), followed by Florida (-4,800 jobs, -1.5 percent) and Michigan. South Dakota and Wyoming had no change in monthly construction employment, while Pennsylvania lost a statistically insignificant 100 jobs (less than 0.1 percent).

Association officials said the failure of the congressional “super committee” charged with reaching a deal to cut the U.S. deficit has the potential to undermine construction employment. They noted that the mandatory federal spending reductions that are now scheduled to go in place in the absence of a deal would likely cut needed investments in vital infrastructure projects across the country.

“Allowing water, transportation and energy networks to deteriorate will hurt construction employment and force taxpayers to spend more later, to fix broken infrastructure,” said Stephen E. Sandherr, the association’s chief executive officer. “Neglecting the fundamental systems needed to support our economy and quality of life is no way to balance the budget or boost employment.”

View the state employment data by rank and by state.

Biden's two-step plan for rescue and recovery in our nation includes presenting his "Build Back Better" plan to Congress in February. The plan includes $2 trillion in spending over four years for infrastructure.
Jessica Lombardo
January 15, 2021
Latest
Business Services

One-stop solution can help operations and fleet managers plan, monitor, dispatch and capture form data from the field and adjust work plans throughout the day
Verizon Connect
April 19, 2018
Follow Us