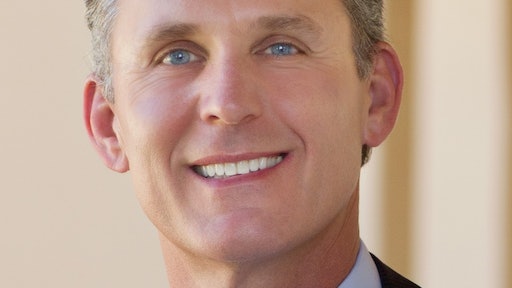 In 2010 O’Connor became the first non-Japanese executive officer of the 80-year-old company.

O’Connor, based in Livermore, CA, is also chairman of the board of Topcon Europe Positioning, as well as chairman of both Sokkia America Corporation and Sokkia Europe BV, and serves as direct adviser to Topcon President Norio Uchida. He will continue to fill these present positions, as well as other positions within the corporation.

“For the past 10 years, Ray has been a creative and driving force in growing the Topcon positioning business not only in the United States but globally. His adherence to sound business management practices, adoption of and putting into place ‘lean manufacturing’ operations through TPS, and his total understanding of the key markets in which we compete has proved invaluable to Topcon,” Uchida said.

Uchida said, “Under his leadership, our positioning business in the Americas, Australia and Europe has dramatically exceeded our expectations.”

In addition to leading Topcon’s efforts in its core markets of construction, surveying and civil engineering, GIS and mobile mapping, O’Connor has also provided the guidance for Topcon’s growth into the global precision agricultural industry and its OEM expansion.

“I am grateful for the opportunities and confidence that the Topcon management and executive committee, and especially Mr. Uchida, have shown to me during the years. I admire the progressive philosophy of the Topcon organization and it is an honor to serve among the highest levels of leaders, a responsibility that I take with greatest appreciation.

“But I am most proud in how our team has worked cohesively, tirelessly and aggressively to explore every opportunity for growth during the past years, and certainly during the worldwide recession. The team members worked hard to increase our technology and market foundation for the future.”

O’Connor joined Topcon in 1993 as the North America sales manager for construction lasers. By 1995, he had guided the company through the acquisition of Advance Grade Technologies and formed a separate division, Topcon Laser Systems. In 2000, he led Topcon’s acquisition of JPS to bring Topcon the basis of its world-leading GPS technologies. Then in 2001, he managed the formations of Topcon Positioning Systems (TPS) that consolidated all of Topcon’s construction and survey business in the Americas. In 2008, O’Connor contributed to the successful consolidation of Topcon and Sokkia Corporation in the market.

In 2002 he was promoted to president of TPS, and was appointed chairman of the board of Topcon Europe Positioning in 2005. He was a Toshiba Corporation businessperson of the year in 2005, the first person of non-Japanese descent to receive the honor.

Currently, under O’Connor’s direction, TPS has more than 1,000 employees on five continents.