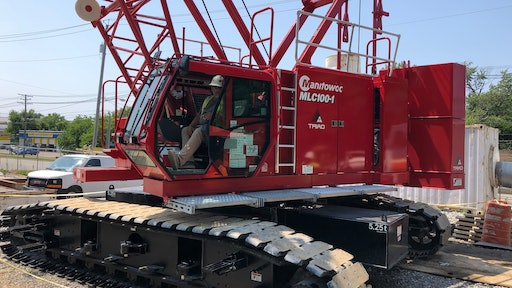 On tunneling projects, there are two critical pieces of equipment. One is the tunnel boring machine, and the other is the crane. If either of them goes down, the job effectively comes to a standstill. So, when Triad Engineering & Contracting (Triad) had to select a crawler crane for a large tunnel build,  there was only really one choice: Manitowoc.

The company received its Manitowoc MLC100-1 in August 2019 and immediately set it to work on the London Road Relief Sewer project, situated on the east side of Cleveland. Operating continuously over two shifts a day, the machine notched up 2,500 hours of faultless operation within its first 12 months.

Cliff Kassouf, president of Triad, said the consistent performance of the MLC100-1 helped his company complete the project ahead of schedule.

“When Manitowoc introduced the MLC100-1, it was exactly what we were looking for,” he said. “We needed it to work across two shifts continuously for a period of several months, so reliability and efficiency were always going to be important. It completed a 6,600-ft. tunnel without a single issue, which is so rare. Typically, any machine will have an issue at some stage, but this thing never stopped. To have a machine operating that dependably across two shifts for so long is huge. In the end, we mined the 6,600-ft. tunnel section ahead of schedule.” 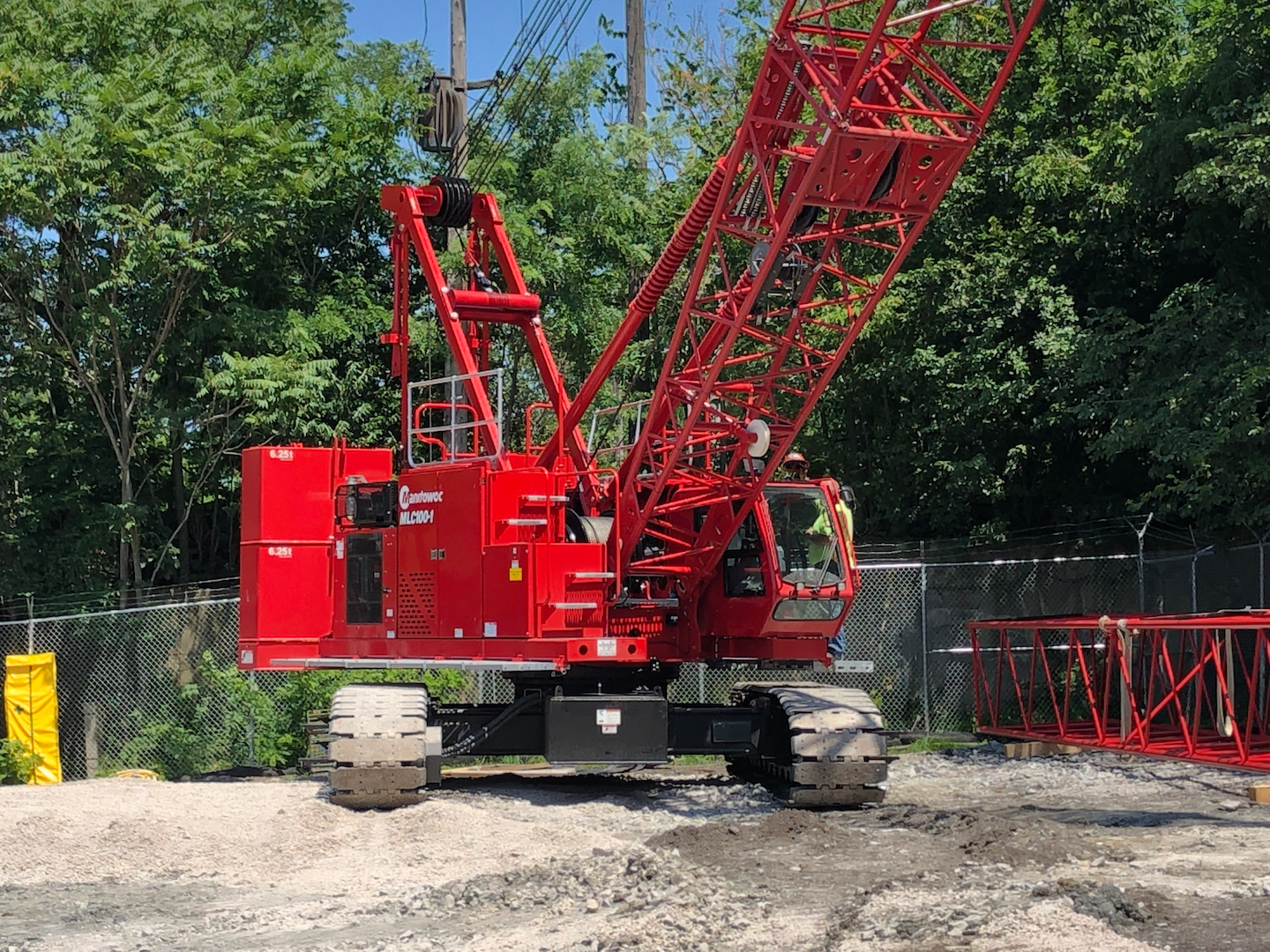 The London Road Relief Sewer project forms part of the Northeast Ohio Regional Sewer District utility. It’s formed of a three-pronged network of relief sewer tunnels, leading down to a drainage structure that connects to a nearby water treatment plant. Much of the work for the crane involved removing excavated material from the tunnel. This was transported from the tunnel boring machine via an underground rail system to the access shaft, where the crane sat above ground.

The MLC100-1 removed each rail car of excavated material, with between five and six cars per train and each weighing around 16,000 lbs. Once emptied, the MLC100-1 replaced the rail cars back down the 60-ft. shaft so they could be used for the next load, cycling through 50 to 60 cars per shift. The crane worked continuously, covering the shifts that started at 6:30 a.m. and didn’t stop until midnight.

The MLC100-1 is a 110-U.S.-ton capacity crane that can be equipped with up to 200 ft. of main boom and has a 60-ft. fixed jib attachment. Power for the unit comes from a 300 hp Cummins 6.7 l Tier 4 Final engine, which helps deliver its impressive load moment of 2,680 ft.-kips. Operators are also able to adjust the controls to suit the task at hand, and this is another feature that helped the sewer project run smoothly, according to Cliff Kassouf.

“The line speed, line pull, and precision of controls were all important factors when we were looking for a crane,” he said. “We can calibrate the controls on the MLC100-1 to regulate the speed at which we lower something… get it down to small increments so it’s accurate, then speed it up when we need to move faster. Putting the crane together is pretty quick and efficient, and fuel consumption has improved. There are a lot of benefits with this new machine.”

The self-assembly system of the MLC100-1 allows for full set-up without the need for an assist crane. Like most current generation cranes from Manitowoc, it has the company’s Crane Control System for a familiar cab layout and easier interchangeability of parts. The wide-body cab also offers operators a 10% increase in legroom compared with previous models, which means that despite the demanding nature of the work, the MLC100-1 was a hit with the operators on the job, according to Rick Chipka, equipment manager with Triad.

“Our operators liked it a lot. It’s convenient and comfortable to operate,” he said. “Also, our mechanics were working with the team from our local Manitowoc dealer, Cleveland Crane & Shovel, to make sure everyone understood the computers and controls. The guys at Cleveland Crane & Shovel worked around our schedule on the project, so it didn’t impede our progress. This crane has done really well for us — it really has.”