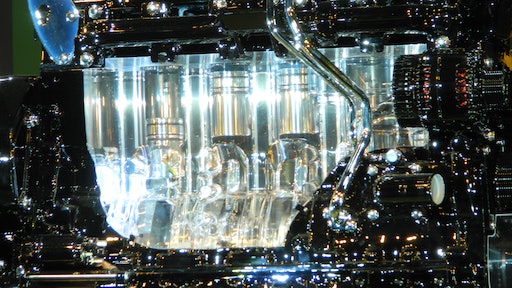 JCB's introduction of the new six-cylinder engine represents an investment of around $68.5 million. The engine will go into production at JCB Power Systems' purpose-built facility in Derbyshire, UK, later this year.

JCB tends to do everything with a touch of British panache, and this year's international press tour was no exception. Editors from around the globe received the royal treatment, starting with a reception highlighting JCB's millionth machine - a stunning silver-painted JS220 excavator - followed by a behind-the-scenes look at the company's new innovation center and wrapped up with new product launches, including a much-anticipated announcement on the company's latest investment in the diesel engine market.

Following is a pictorial review of the event. Additional information can be accessed via the links below: