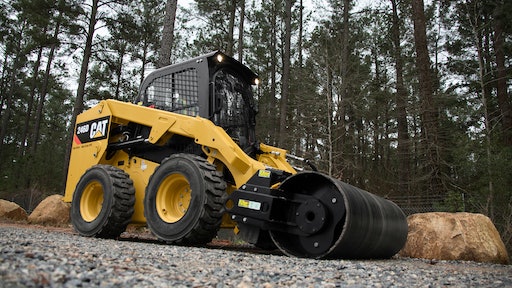 An optional Advanced Display monitor expands the number of operator security codes to 50 and can store and recall operating preferences stored for each code. Monitor preferences include language choice, background color, gauge style, ride-control setting, creep speed, top-speed limit, response for the hydrostatic-drive system and response for the implement control system. The master-code holder can review operator-specific machine information such as hours of operation, fuel burn and operating event or diagnostic codes.