Smoke from diesel exhaust can indicate issues to address 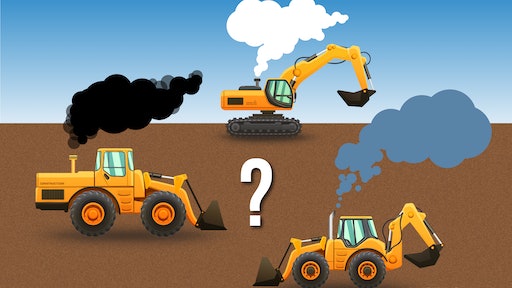 "Exhaust smoke typically suggests a change in combustion efficiency, and its color is essential to proper diagnosis," says Joe Urso, Kubota Engine America Corp. "For example, an inefficient combustion process may result from an absence of the correct ratio of air/fuel/temperature, or possibly the addition of an uncontrolled variables cascading (domino) effect."

As a general rule, some smoke upon initial startup for a few moments is common, Urso notes. "Black smoke is traditionally associated with a rich combustion process or an overload (abnormal mechanical resistance)," he continues. "White smoke (contingent on its odor) signifies insufficient temperature. Blue smoke may indicate an uncontrolled variable entering the combustion process." 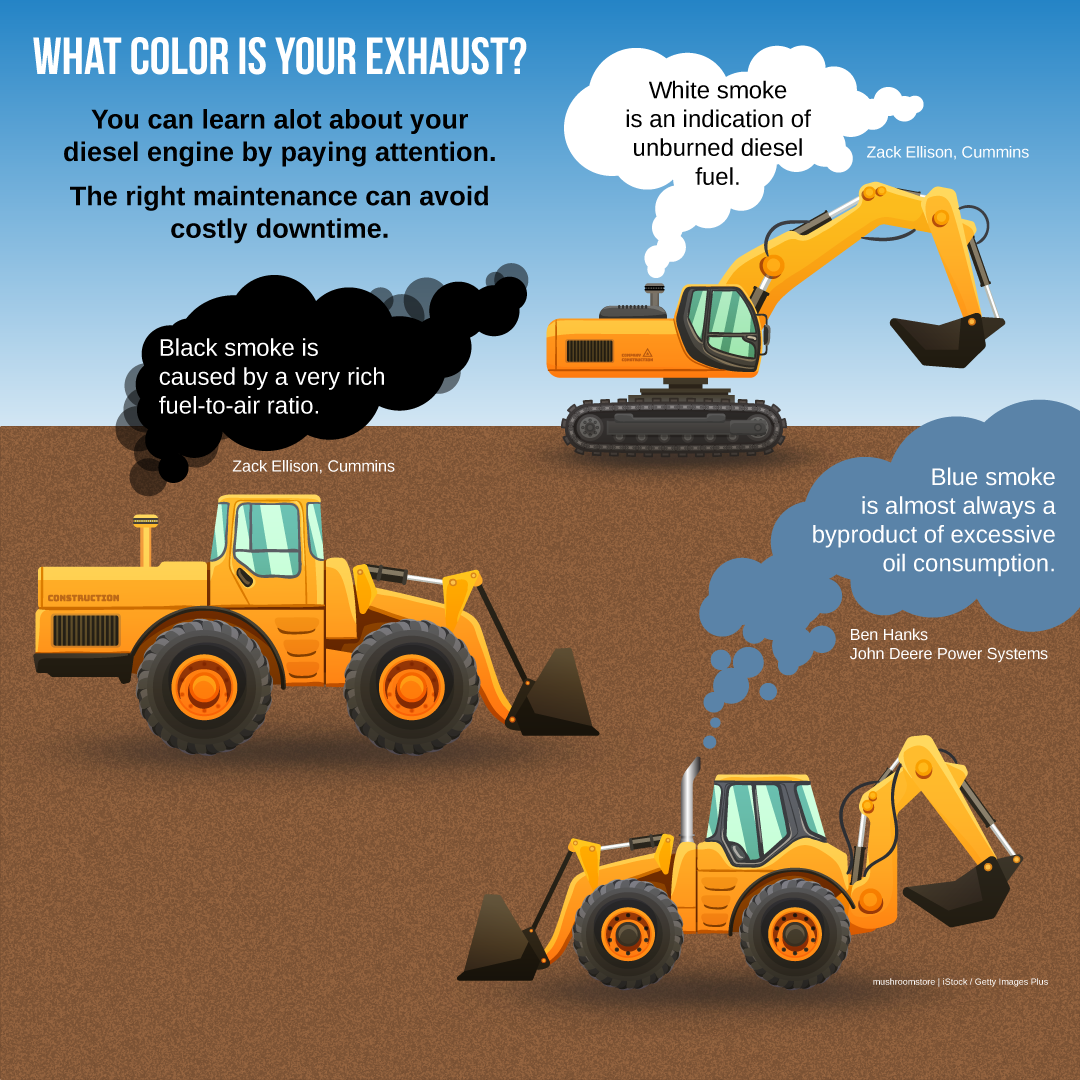 According to Zack Ellison at Cummins, "White smoke is an indication of unburned diesel fuel. Normally, it would happen at startup in cold weather with lower compression engines and retarded timing. You get an incomplete combustion during startup and it causes raw diesel fuel to come out of the stack."

Typically, white smoke clears up very quickly. "As you start running the engine at idle speed, 650 or 700 rpm, you actually get a more effective compression ratio. It heats up very quickly," Ellison comments. "If you have an older engine with really low compression and bad timing or low injection pressure, you are more susceptible to white smoke."

Black smoke is caused by a very rich fuel-to-air ratio. Either the fuel pump has been turned up or there is a restriction in the air intake/exhaust. "You could have an intake that is plugged up, reducing your air/fuel ratio," says Ellison. "The black smoke is just more fuel that gets injected into the engine than can actually burn.

Another possibility is poor maintenance. "If the air cleaner is not being properly maintained, there is likely to be excessive black smoke," says Hanks.