CARB Redo is Relief, Not Reprieve

The California Air Resources Board's (CARB's) scaling back of its In-Use Off-Road Diesel Emissions Rule offers major relief from regulatory costs for contractors, but it is by no means a free pass. Equipment managers closest to CARB's Off-Road Rule -- members of CARB's Off-Road Advisory Group quoted in our story "CARB Takes Sting Out of the Off-Road Diesel Emissions Rule" -- say the proposed changes represent real progress. CARB backed down to the tune of saving California contractors 55% of the expected compliance costs. Contractors all around the nation share in this victory. But it's important to remember that this doesn't mean "no more emissions rules." CARB's In-Use diesel regulations (they have on-road ones, too) differ from EPA diesel-emissions regulations in that they are aimed specifically at diesel engines already at work in the state. California clean-air regulators, and those in most major population centers around the U.S., say they can't achieve the clean-air targets required of them by the Clean Air Act if many of the old, unregulated diesel engines already in use aren't upgraded or replaced with engines with much cleaner exhaust. The reason this most recent CARB news is important across the country is that all states have the right to adopt CARB regulations if they wish. They can't regulate in-use equipment themselves (that's a right that only CARB has), so they have to use CARB's reg to the letter -- no alterations allowed. But counties and municipalities can regulate in-use equipment. And the difficulty that some population centers are having attaining the minimum air quality prescribed in the Clean Air Act is why there are in-use-diesel regulations in New York City and Cook County, Ill. It is why cities in the Pacific Northwest and Texas and many other high-population-density areas are working on either regulations or project bid specifications that require the use of clean machines. And it is why there are bid specs on some federal projects, from some DOTs and some toll authorities requiring contractors to use machines with specific levels of diesel emissions equipment. This change at CARB takes some of the teeth out of one regulatory threat that diesel-equipment owners face. And any attention focused on valid science is inevitably going to result in regulations that are more fair. But as long as air quality doesn't improve, regulators in nonattainment areas across the country will continue to apply pressure to equipment owners to upgrade equipment.
Related 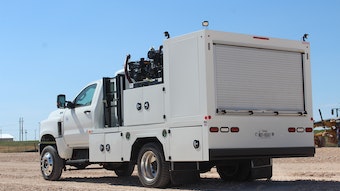