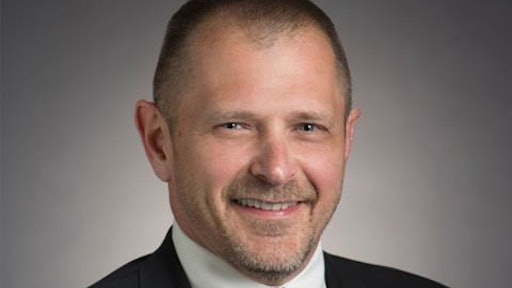 Steve Ferguson has been named president of Perkins Engines Company Limited based in Peterborough, UK, and with manufacturing facilities in the U.S, South America, India, China and distributor and dealer around the globe. Steve’s appointment was announced by Ramin Younessi, who had been Perkins president since 2013+ and is now promoted to group president of Caterpillar’s Energy & Transportation’s segment.

“Steve has been delivering great results by driving lean and flexible cost-competitive component manufacturing operations at Caterpillar facilities around the world,” Ramin said. “Combined with his business and finance background, focus on safety and quality, and ability to connect with customers, Steve will provide exemplary leadership for this exciting and diverse group.”

In addition to his role as Perkins president, Steve will lead the Caterpillar Industrial Power Systems Division (IPSD), which consists of design, development and sales of all engines (18 litres and below), retail generators and Caterpillar Defense – spanning the three globally recognised brands of Cat®, Perkins and FG Wilson.

Most recently, Steve has been general manager of Caterpillar’s Advanced Component Manufacturing business, overseeing operations at 15 global facilities. He began his career with Caterpillar as an accountant in 1990 and held positions of increasing responsibility in both machine and engine divisions including roles in pricing, business planning, financial analysis, and business resource segments. He holds a bachelor’s degree from Eastern Illinois University and is a graduate of the Advanced Executive Program at Northwestern University’s Kellogg School of Management. Steve will report to Ramin.

Ramin joined Caterpillar in 2013 to lead IPSD, bringing more than 25 years of outside senior leadership experience. Previous executive responsibility included product development, quality, purchasing and product planning with Navistar, as well as product development and planning for Daimler AG’s commercial vehicle division. Ramin has a bachelor’s degree in electrical engineering from the Rochester Institute of Technology and master’s degrees from Syracuse University and the University of Maryland.