No one parameter alone can provide a complete picture of health; a more comprehensive mix of indicators is needed to determine oil health and performance. 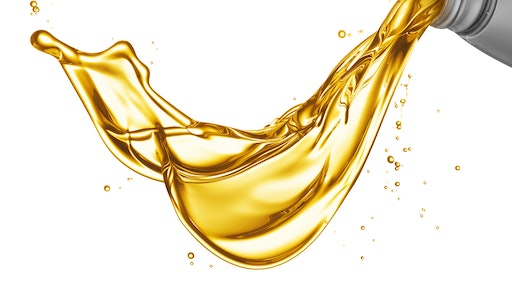 Over the last decade or so there have been significant changes with respect to contaminant loading in engines, giving rise to a different approach to engine oil analysis and the interpretation of its results. But as an industry, we could do much more to facilitate a good understanding of these changes in the market place. This article seeks to provide some of the background that set the heavy-duty industry on the path to where we are today, and perhaps to lay the groundwork for changes in practice that will keep us moving forward together.

TBN: What is it and what has changed?

When you look at the product technical data sheet for a heavy-duty engine oil, somewhere among the typical test data you’ll find the base number or total base number, commonly referred to in the industry as TBN. Expressed in milligrams of potassium hydroxide (KOH) per gram of oil, TBN is an indication of the amount of base reserve additive available to neutralize strong acids that are produced as a byproduct of combustion. Without this base reserve, strong acids accumulating inside the engine can result in corrosive wear.

Generally, a TBN value for a new engine oil can range anywhere from about 6.0 – 13.0 mgKOH/g.  For decades, it has been used as more or less an industry standard for determining when engine oil should be changed. In the past, when the base number became depleted to or beyond a predetermined condemning limit as indicated by used oil analysis, it was generally concluded that the oil should be drained and replaced. But beginning in 2006, developments in the heavy-duty industry would lead to changes in conventional thinking in the field of used engine oil analysis. First, diesel fuel sulfur levels were decreased to just 15 ppm for on-highway engines and combustion became more efficient, resulting in less soot entering the engine oil and a reduction in hard acids. Prior to this change, a fall in TBN would be followed by an increase in total acid number (TAN) and a subsequent increase in bearing metals: lead and copper, indicating bearing corrosion from acid. Today, however, when TBN decreases we no longer see an increase in TAN and wear metals.

Engine hardware design also changed.  Improved piston ring and liner design resulted in less blow-by into the crankcase, and reduced use of EGR meant lower contaminant loading into the crankcase and thus the engine oil.

Engines are running hotter, leading to oxidation, increased viscosity, soft acids and deposits. The traditional engine oil detergents are no longer effective to neutralize soft acids, so a different type of detergent additive is used to prevent deposit formation. Thus, TBN from traditional detergents is no longer an indicator of oil quality – or oil life and therefore should no longer be considered the single definitive parameter upon which to evaluate the overall health and performance of engine oil.

An additional note about TBN: Interpretation of TBN can be a source of confusion for many customers because there are two test methods typically used to measure TBN. The first method, ASTM D2896, uses perchloric acid to neutralize the alkalinity in the oil. It is a very strong acid, difficult to handle safely, and is generally used by the oil manufacturer to establish the typical value seen on the technical data sheet.  It can measure both the “hard” and “soft” base components and is therefore considered the more accurate method.

ASTM D4739 uses hydrochloric acid, one that is safer to handle, and for this reason is the method used by many oil analysis labs in the field. Because hydrochloric acid cannot measure 100% of the base reserve in the oil, this method can yield a result as much as 2 mgKOH/g lower than that of ASTM D2896.  So, in theory, a fresh oil with an initial TBN of 11.00, for example, could be measured at 9.0 before it is even put into service, depending upon the test method used.

A broader picture: Looking at TAN and Oxidation

Total acid number, or TAN, is a measure of the concentration of acidic constituents in an oil.  In used engine oil, an increase in TAN can be an indication of oxidation and an increase in the level of degradation of the oil. Along with oxidation comes an increase in viscosity. So, while TBN indicates how much base reserve remains in the oil, TAN can provide a more complete picture of the actual operating conditions within your engine.

An additional note about TAN: the test method has very good test repeatability but compared to other test methods it has a poorer reproducibility.  What does this mean?  Best practice is to have tests run at the same lab; results from tests run across different labs may be harder to interpret.

Oxidation is a permanent chemical change that takes place in oil molecules as they react with oxygen in the presence of heat and can be exacerbated when contaminants such as metals are present.  It’s important because it can lead to a host of problems within the engine oil including sludge and deposit formation, increased viscosity (which causes in a significant reduction in fuel efficiency) and depletion of additives. All these result in an acceleration in the degradation of the engine oil and a subsequent need to change the oil more frequently.

The lower TBN values we are seeing in the field today are not a reflection of overall health of the oil. Rather they are a result in the change in engine oil formulating strategy, combined with longer drain intervals being set by OEMs – without TBN as a sole condemning criterion.

Much like the battery of blood tests you get when visiting the doctor, no one parameter alone can provide a complete picture of health. Likewise, a more comprehensive mix of indicators is needed to determine oil health and performance, including TAN, wear metals, oxidation and viscosity.

Based upon this shift in focus, Chevron recently launched a new test package in the LubeWatch Oil Analysis Program.

Since joining the company in 2000, David Hasch has held various roles at Chevron including direct sales representative, supply chain production planner, and lubrication engineer in Chevron Lubetek where he provided technical support for lubricants across the globe. In his current position, Marketing specialist, he creates technical content to help showcase the company's products and solutions across all commercial and industrial market segments in North America. David graduated from the University of Louisville with a Bachelor of Science in Urban Geography and GIS Technology. He earned his CLS in 2014 and is fluent in Spanish and Portuguese.

There are three important inspection zones in common oil reservoirs and sumps, and each has a story to tell about your oil and machine
June 1, 2018

Video shows the step-by-step best practices for drawing a used-oil sample with a vacuum pump through a diesel engine's dipstick tube
April 3, 2018

Brad Humphrey and the team discuss all things related to the jobsite and running a successful business. Tune in for a new episode every other Wednesday.
May 11, 2021
Oil Analysis

One common maintenance schedule across your fleet, and eliminating oil analysis, may be raising material and labor costs and increasing risk of catastrophic failure
January 9, 2018

Used oil filter analysis may provide your best evidence of machine degradation, tracing a history of machine particles created and contaminants ingested over a period of time
January 9, 2018

With the newest engine oils now a year old, data from your oil analysis program can help contractors see just how well the new oils are working in their engines
December 6, 2017

A no-tolerance approach to varnish is the best method to ensure varnish accumulation does not harm your oil or operating equipment
October 4, 2017

Oil analysis can take the guesswork out of determining the "right" change intervals for your vehicle fleet.
March 21, 2017

If oil analysis is not done correctly, it becomes a waste of time, money and energy
October 25, 2016

In this video, Noria’s Jeremy Wright describes three useful tests that you can perform in the field to evaluate the health of your lubricant
December 18, 2014

Video: The Truth About Additive Depletion

Noria expert Jim Fitch explains the two main types of additive depletion and why it is important for additives to deplete in order to save the oil, the machine or both
December 17, 2014

Today's evolving jobsite needs call for smaller, more efficient trucks. Read more about Sage Oil Vac mobile lube trucks and what makes the Class 5 model, which does not require a CDL license, a good fit for most contractors.
May 18, 2021
Follow Us