Should You Use Emulsifying or Demulsifying Lubricants in Your Hydraulic Systems?

The answer, as with many lubrication matters, is it depends on your application, your operating environment and your OEM recommendations 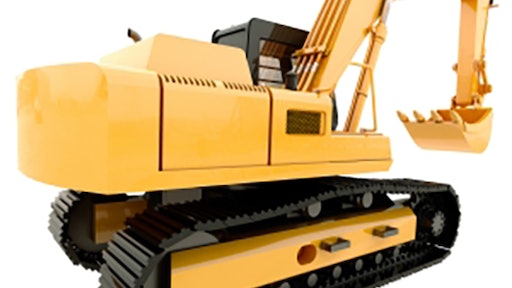 Customers in construction, agriculture and even marine industries often ask if they should be using emulsifying or demulsifying lubricants in their hydraulic systems. The answer, as with many lubrication matters, is: it depends — on your application, your operating environment and your OEM recommendations.

First, let’s be clear on the distinction. An emulsifying oil is one containing additives that help form a stable arrangement between the water and oil molecules. A demulsifying oil is one that promotes the separation of oil and water, typically resulting in two layers because the water is denser. (We’ve all heard the expression, “like oil and water,” to describe things that don’t mix.)

Water gets into hydraulic systems largely as a result of temperature changes causing condensation. A piece of equipment that has been running fairly hot during the day will go cold when it is shut off, breathing in moisture as the air cools. The moisture won’t vaporize in the absence of sufficient heat, and therefore condenses in the oil reservoir.

In some applications, an emulsifying oil has certain advantages. It can prevent water from pooling at the bottom of the reservoir, where it might freeze, stimulate bacteria growth, interfere with a filter or cause rust. An emulsifying oil provides a measure of rust protection by reducing contact between water and metallic parts. On the other hand, it can adversely affect the performance of the oil, making it sluggish and vulnerable to overheating. Water is also a catalyst for oxidation, which can cause oil to degrade more quickly.

If you’re operating in a dry environment, water may not be much of an issue. But if your equipment is exposed to humidity, you will need to address the risk of water contamination. If the level of water in the oil reaches .05%, or more, an oil change is recommended. Typically, around 600 ppm water can separate out and cause equipment harm.

Ideally, you want to remove water from hydraulic systems. If you have the means to drain it from the bottom of a reservoir, such as a petcock drain valve, then you are probably better served by a demulsifying oil. Other water removal methods would include the use of centrifuges, coalescers, absorbent filters and vacuum dehydrators.

If you do not have the means to remove water, an emulsifying oil will at least prevent water from collecting in the reservoir. Check the OEM recommendations for your particular unit for guidance.

With over 35 years in the oil and gas industry, Dan Holdmeyer has worked for Chevron the past 14 years, serving in a variety of capacities with the company in addition to his current post as Industrial and Coolants Brand Manager where he works as a lubrication engineer that supports Chevron Delo and other related lubricants brands. He plays an integral role in supporting and managing a variety of programs related to off-highway and on-highway lubrication needs. Dan also works as Chevron’s Training Specialist for their Global Lubricants division since joining the company. Prior to joining Chevron, Dan worked as a Field Engineer at Mobil Oil Corporation for 20 years (1979-99) after graduating from the University of Missouri-Columbia with a Bachelor of Science in Chemical Engineering.

Shell Rotella T4 NG Plus 15W-40 has been specially formulated for use in natural gas-powered vehicles in order to manage their high heat and provide the necessary engine protection.
Shell Lubricants
November 18, 2019
Follow Us