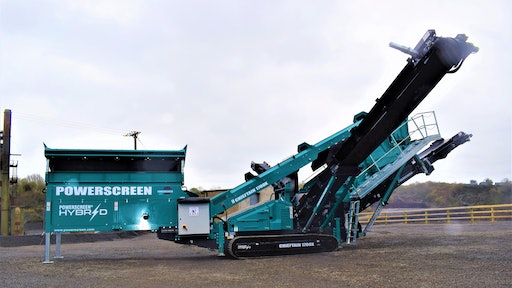 The highly adaptable Colt 1000 Scalping Screen is able to operate in both heavy-duty scalping and precision screening applications and will manage the most difficult of materials and was the perfect fit for contractor P&L Barton Ltd.
Terex Corporation
November 5, 2020
Crushing & Screening Plants

The K-JC 704 jaw crusher is small enough to fit inside a container for transport but strong enough to withstand the toughest of applications.
Komplet North America
January 21, 2020

The Komplet Kompatto 5030 mobile, self-propelled compact screener can function both as a tilted screen featuring two meshes for three selections or as a pre-screening machine to be used on the crushing operation’s output.
Komplet North America
January 21, 2020