The extension -- part of a continuing resolution to fund the federal government through December 11 -- includes $13.6 billion to ensure Highway Trust Fund solvency and maintains current funding levels for highway and transit programs. 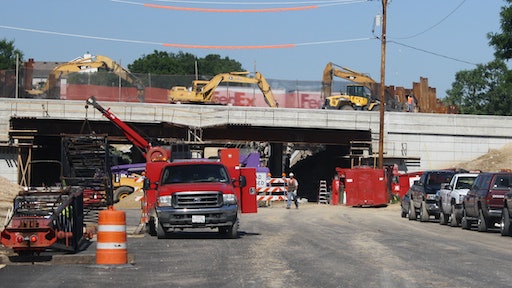 On the evening it was set to expire, the Senate passed legislation that includes a one-year extension of the the Fixing America's Surface Transportation Act (FAST Act), the current surface transportation authorization law. The highway program provision was part of a continuing resolution to fund the federal government through December 11. President Trump moved to quickly sign the measure.

The widely anticipated extension prevents a government shutdown while buying a Congress time to not only develop a budget for federal programs but to come up with long-term funding solutions for federal highway funding.

Although approved in the House on September 22, the Senate initially balked at taking up the House proposal. However, the two sides came to agreement and the measure passed in the Senate with a majority vote just as the highway bill was set to expire on September 30th.

While it doesn't add any additional funding, the FAST Act extension includes a general fund transfer of $13.6 billion to ensure the Highway Trust Fund's solvency and maintains current funding levels of $47.1 billion for highway programs and $12.3 billion for transit programs through fiscal year 2021.

Industry leaders in both transportation and construction were quick to respond to the extension’s passage.

“While we had hoped for a long-term highway bill reauthorization, this one-year extension is the next best thing,” stated Nate Smith, Vice President of Government Relations, American Traffic Safety Services Association. “It will provide some degree of certainty for transportation agencies, contractors and manufacturers all around the country, and that certainty will allow roadway safety infrastructure devices to continue to be installed and lives will continue to be saved as Congress works to enact a long-term, safety-focused highway bill.”

The Associated Equipment Distributors (AED) has spearheaded a grassroots campaign among its membership encouraging them to send letters and emails to their U.S. Senators to urge infrastructure investment.

“While a one-year extension of the FAST Act isn’t the multiyear surface transportation bill the equipment industry was hoping for, in the current political environment, it’s a win,” said Brian P. McGuire, the association’s president and CEO. “AED members from across the country participated in our unprecedented grassroots campaign, and Congress’ action demonstrates the effort’s success. Lawmakers heard loud and clear that short-term doesn’t work when it comes to the Highway Trust Fund, and the industry needed a longer-term solution with additional funding to ensure critical road and bridge projects continue well into next year.”