Where Trump & Biden Stand on Infrastructure

Both Joe Biden and President Trump have very little that they agree on, but both have expressed the need to update our nation's infrastructure. 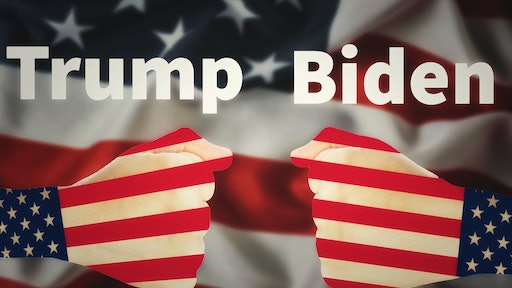 There may never have been two presidential candidates who were more different than Joe Biden and Donald Trump which is why the 9/29/2020 debate is considered must-see television for undecided American voters. While neither candidates have much they agree on, they both have touted infrastructure as an area where our country sorely needs improvement.

Before President Trump was even elected, he proposed our nation needed at least a $1 trillion infrastructure package. Now four years later, we are worse off than before as our roads, and the funding to fix them, continue to deteriorate.

In June, the president was said to be preparing a preliminary version of a sweeping legislative package that would have reserved nearly $1 trillion for traditional infrastructure work, like roads and bridges, but would have also set aside funds for 5G wireless infrastructure and rural broadband.

As the Coronavirus pandemic intensified however, talks of such legislation died out very quickly while the existing surface transportation authorization law, known as the FAST Act which authorizes $305 billion over five years and expires tomorrow (Sept. 30, 2020). Lawmakers have proposed a one-year extension which would extend FAST Act funding and provisions from FY 2020 to all of FY 2021, including contract authority formula apportionments to states. Govexec.com reports the Senate is expected to send the measure to President Trump for his signature in the coming days.

While Trump has been unable to pass any infrastructure funding legislation, he has worked to advocate for the industry, announcing the  National Environmental Policy Act (NEPA) rollback in July.

“For decades the single biggest obstacle has been the mountains and mountains of bureaucratic red tape in Washington,” Trump said. “All of that ends....We’re doing something very dramatic. We just completed an unprecedented top to bottom overhaul of the infrastructure approval process that has cost trillions of dollars and delays like you wouldn’t believe. This means better roads, bridges tunnels and highways for every citizens across our land. We’re reclaiming America’s proud heritage as a nation of builders and a nation that can get things done."

Revising the 50-year-old NEPA law through regulatory reinterpretation was one of the biggest deregulatory actions of the Trump administration, which to date has moved to roll back 100 rules protecting clean air and water, and others that aim to reduce the threat of human-caused climate change.

Soon after Trump announced the NEPA rollback, Democratic presidential nominee Joe Biden announced that should he become president, he would reverse those roll backs in order to protect citizens and our environment. The candidate released his "Build Back Better" plan to put $2 trillion into green infrastructure and energy over four years and create millions of jobs.

The plan will aim to achieve carbon-free power generation by 2035. As the coronavirus pandemic leaves the U.S. caught in an economic crisis, Biden said his plan will set out to create “millions” of union jobs that pay at least $15 per hour as the U.S. overhauls its roads, bridges, trains, auto industry and broadband system.

"We need millions of construction, skilled trades and engineering workers to build a new American infrastructure and clean energy economy," Biden said. "These jobs will create pathways for young people and for older workers shifting to new professions, and for people from all backgrounds and all communities. Their work will improve air quality for our children, increase the comfort of our homes, and make our businesses more competitive."

Biden hit Trump hard when referring to his inaction on infrastructure, promising to make change happen.

"We need to modernize America's infrastructure," Biden said. "Despite this overwhelming need, this president and republican Congress have simply failed to act. They continue to break promises they made to the American people. Donald Trump promised a big infrastructure bill when he ran in 2016. He promised it again in 2017 and then 2018 and again in 2019 and now he is promising one again.

"Every few weeks when he needs a distraction from the latest charge of corruption in his staff — or the conviction of high ranking members of his administration — Donald Trump announces it’s 'Infrastructure Week,' Biden said on Facebook. "He's never delivered. I know how to get it done."

The Biden campaign says the plan would be paid for with a combination of stimulus and increases in the corporate tax rate.

Stay tuned to ForConstructionPros.com for all the latest news from the presidential campaign trail regarding construction and infrastructure funding.