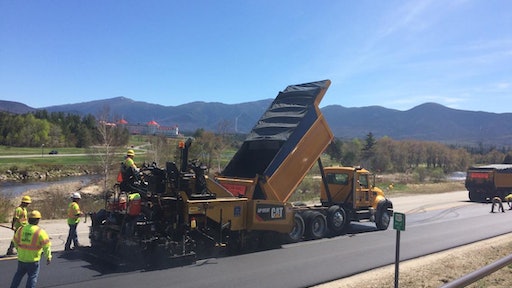 The FAST Act, which authorized $305 billion over fiscal years 2016 through 2020 for highway, highway and motor vehicle safety, public transportation and other transportation programs, was extended by Congress last September for one year. That reauthorization, which fuels the Highway Trust Fund (HTF), ends September 30th of this year and the uncertainty of what the future of highway funding will look like is causing concerns for road building contractors.

The total shortfall over the next 10 years for the HTF is projected to be $195 billion if the taxes that are currently credited to the trust fund remain in place and if funding for highway and transit programs increases annually at the rate of inflation.  According to recently released baseline projections from the Congressional Budget Office (CBO), in order to simply maintain the current HTF spending levels adjusted for inflation, Congress will need to identify $74.8 billion in additional revenues for a five-year surface transportation reauthorization bill through 2026.

If the trust fund’s balances were to be exhausted, the federal government would not be able to make payments to states on a timely basis. As a result, states would find it nearly impossible to plan future infrastructure investments without knowing the amount or timing of payments from the Treasury.

During a May 18 Senate Committee hearing on Funding and Financing Options to Bolster American Infrastructure, the American Association of State & Highway Transportation Officials (AASHTO) made it known that Congress needs to find funding options that bolster infrastructure funding for both the short- and long-term to help move projects along immediately.

"Projects that state DOTs undertake connect people, enhance the quality of life for our citizens, and – just as important – stimulate economic growth in each community where they are built,”  Victoria Sheehan, commissioner for the New Hampshire Department of Transportation and the 2020-2021 AASHTO president said in her written testimony. “However, the current trajectory of the HTF – the backbone of the federal surface transportation program – is simply unsustainable as it will have insufficient resources to meet current federal investment levels beyond fiscal year 2021.”

Solvency of the Highway Trust Fund

For more than a decade, the government has been spending more each year from the HTF than the revenues collected for it, which are mostly taxes on gasoline and diesel fuel and various taxes on heavy trucks. Over the years, vehicles became more fuel efficient, Federal gas tax revenues were never raised and more electric vehicles have entered the market, further dwindling the spending power of this crucial funding mechanism.

Any increase in spending from the trust fund would obviously require additional income to it. Joseph Kile, director of microeconomic analysis for the CBO, testified before congress with his ideas on how to shore up the HTF.

"Currently, users impose many costs that they do not pay for, including wear and tear on roads and bridges; delays caused by traffic congestion; injuries, fatalities, and property damage from accidents; and harmful effects from exhaust emissions," he said. "A combination of taxes on fuel and mileage that made users pay for more of the costs they impose would make use of the system more efficient."

Kile said that if lawmakers wanted to increase revenues by charging users of the system, they would have various options:

Biden has already said a gas tax increase is off the table to pay for infrastructure and his Administration has also reported they are not interested in user-based fees to pay for roadways. How then will we pay for our roadways?

The industry awaits leadership in Washington on this matter. Stay tuned to ForConstructionPros.com for updates.