The U.S. continually "fixes" its infrastructure systems, but fails to invest to bring them up to necessary standards. That needs to change, say civil engineering experts at Arizona State University. 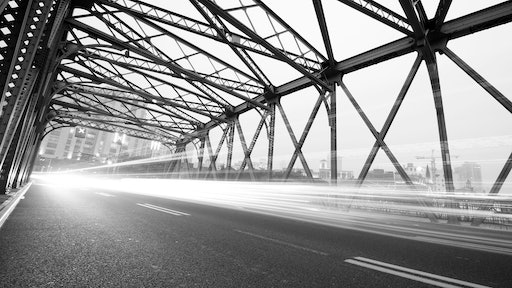 The American Society of Civil Engineers reports that decades of underinvestment have eroded the condition of America's infrastructure. The Biden administration proposes more than $2 trillion to upgrade roads, bridges and other resources, but how to accomplish this work is the subject of debate that demands guidance from experts in the built environment.
Shutterstock

Every four years, the American Society of Civil Engineers publishes a Report Card for America’s Infrastructure. This comprehensive assessment evaluates the performance and capacity of our national road network, rail system, bridges, ports, drinking water, wastewater and other key resources.

Results are consistently gloomy. For more than two decades, the United States has averaged “D” grades on these engineering report cards. The 2021 report shows a “C-minus,” which indicates improvement. But the ASCE notes that our national infrastructure still suffers grave shortcomings that represent risks to America’s economy, security and public health.

“Funding infrastructure is a significant problem in part because we’ve let deficiencies accumulate over time. We spend only when we have to fix something,” said Brad Allenby, a President’s Professor of civil, environmental and sustainable engineering in the Ira A. Fulton Schools of Engineering at Arizona State University.

“Of course, that is a very expensive way to manage infrastructure. It means that we’re always tackling significant problems, whether it’s roads that become essentially impassable because of potholes or fragmentation of the power grid, the consequences of which Texas suffered very recently,” Allenby said. “We continually ‘fix’ our infrastructure systems, but we don’t invest to bring them up to necessary standards. That needs to change.”

President Joe Biden’s American Jobs Plan proposes to apply more than $2 trillion to address these chronic problems and transform U.S. infrastructure in a meaningful and lasting manner. The best ways to do so are subjects of intense debate and require guidance from experts in developing the built environment. Faculty members at the Fulton Schools are among those equipped to offer substantive input on multiple fronts.

One component of the White House plan calls for $111 billion to ensure access to clean water in all American communities. Recent contamination crises in Flint, MI, and many other cities indicate that a uniform, federal approach might yield higher quality than the current patchwork of local systems.

“It is long past time to replace lead drinking water pipes. Their negative health impacts are well known, and safer materials and replacement techniques are tried and true technology,” said Margaret Garcia, a Fulton Schools assistant professor of civil and environmental engineering specializing in water management. “But drinking water distribution systems are owned and operated locally, and funded by local water rates and taxes. As a result, lower income communities have lagged behind on lead pipe replacement.”

However, replacing these antiquated lines is more than a financial issue. Tony Lamanna, a Fulton Schools associate professor of construction management and technology specializing in repair, retrofit and adaptive reuse of existing systems, highlights the challenge of insufficient documentation regarding buried infrastructure.

“Cities like Washington, D.C., and New Orleans don’t have a full record of what’s underground. In fact, there are still portions of water systems around the country that use wooden pipes,” Lamanna said. “Standard procedure has been to replace them when problems arise, but it’s hard to tell what’s down there until you start digging. Addressing this gap needs to be part of planning.”

The White House proposal also commits $115 billion to renew 20,000 miles of roads and 10,000 bridges. Much of the current network was designed for 40 years of use, but those resources are now more than 60 years old and unstable.

“We need a national mandate for every new critical structure to have a minimum of 100 years of serviceability,” said Narayanan Neithalath, a Fulton Schools professor of civil and environmental engineering specializing in concrete materials. “The incremental cost of the necessary design and construction upgrades would be miniscule compared to the costs of ongoing structural overhauls.”

Paralleling Garcia’s comments about water systems, Neithalath also says that a uniform federal approach to material use would be more efficient than current, fragmented systems of decision making.

“For example, a new bridge structure can be built with ultra-high-performance concrete that undergoes extensive development and testing under the guidance of the Department of Transportation,” Neithalath said. “But rather than rely on those testing outcomes, another agency might initiate its own research on the same materials when determining how to build another structure. Central management could eliminate these wasteful disconnects and allow rapid permeation of impactful technologies into multiple use cases.”

Alongside overdue road and bridge upgrades, the Biden proposal intends to invest $174 billion to accelerate the shift from internal combustion cars and trucks to electric vehicles.

“With transportation contributing nearly 30% of greenhouse gas emissions in the United States, it is imperative that we invest in a future that is substantially less carbon intensive,” said Ram Pendyala, a professor of civil and environmental engineering specializing in transportation planning as well as director of the School of Sustainable Engineering and the Built Environment, one of the six Fulton Schools at ASU.

Pendyala says expanding electric vehicle use will require investment in a ubiquitous charging network to make it possible for people to travel and for fleets to operate without concerns about driving range. He also says that better accommodation for bicycles and pedestrians will be important to transportation systems that support the future health and productivity of the nation.

“Clearly, the time has come to invest in sustainable modes of mobility so that generations to come will recognize that the arc of transportation was bent forever during this pivotal moment, reversing a century of deleterious effects on the environment and equity of opportunity,” Pendyala said.

While much of the proposed effort to raise the grade of America’s infrastructure focuses on traditional resources that can be quantifiably improved through innovative civil engineering, there are aspects of the work for which the means and metrics are uncertain.

“In some sense, our biggest hurdle may just be advancing the way we conceptualize infrastructure,” Allenby said. “If we need to put in 10 miles of high-voltage power lines, we know how to do that. But if we need to design and deploy wireless networks to support the evolution of the 21st-century economy, we probably don’t know how to make that happen right now. As a consequence, flexibility must be at the forefront of our efforts. What we need and what we will need is changing.”