Proposed timeline sets aside 30 months for construction of the $1.9 billion, 65,000-seat stadium 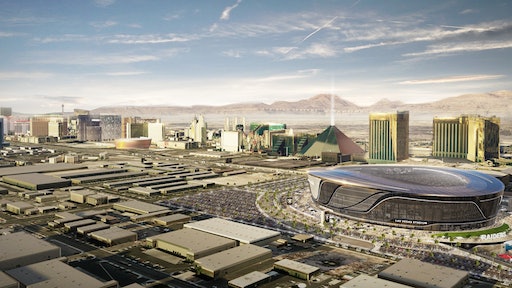 A preliminary timeline for construction of the proposed new Las Vegas Raiders NFL stadium has construction starting in January 2018, taking 30 months and being completed in 2020.

The $1.9 billion project features a proposed 65,000-seat stadium. Members of the board overseeing the project will discuss the preliminary timeline at their next meeting.

(more on the proposed construction timeline for the Las Vegas stadium...)
Related