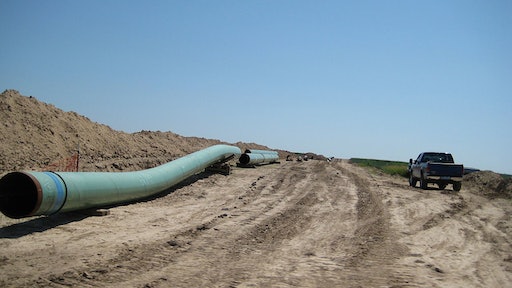 Nebraska utility regulators approved a route for the Keystone XL pipeline through the state earlier this week clearing the last major regulatory hurdle for the project. The TransCanada pipeline project has been in the works for nine years and faced many starts and stops over that time.

The approved route through Nebraska was a compromise allowing the pipeline to be built while avoiding the state's ecologically fragile Sand Hills region.

Despite the approval, TransCanada still has not stated whether it will move ahead with the pipeline project. When the company first filed the application for the pipeline in 2008, oil prices were more than double what they are today. The lower oil prices raise the question if the pipeline makes economic sense anymore.

(more on Nebraska's approval of the Keystone XL pipeline route...)