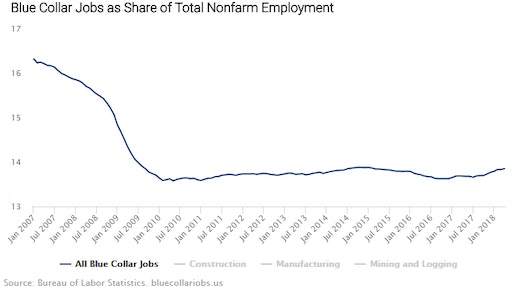 Employment rose in mining and logging (combined), manufacturing and construction by 49,000 jobs in April, an increase of 0.2%, according to a new analysis released by the Center for Economic and Policy Research.

For a detailed analysis of these sectors by state, region and the nation, visit the Blue Collar Jobs Tracker.