Big Oil Asks Government to Protect It from Climate Change 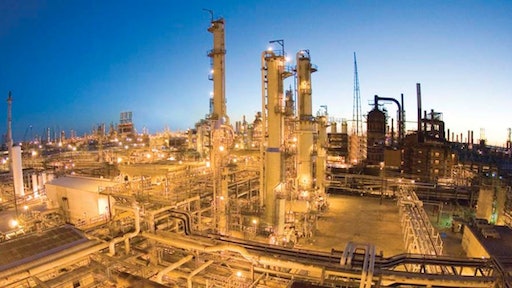 Valero's Port Arthur refinery on the Gulf Coast at the Texas/Louisiana border will be protected by the truncated storm-protection spine.

As government and business upgrade defenses against the more powerful storms and higher tides expected from climate change, one ambitious proposal stands out: building a 60-mile “spine” of flood protection on the Texas Gulf Coast.

The plan would create a system of concrete seawalls, earthen barriers, floating gates and steel levees along the coast from the Louisiana border to industrial enclaves south of Houston. The stretch of shore is home to one of the world’s largest concentrations of petrochemical facilities, including most of Texas’ 30 refineries, which represent 30% of the nation’s refining capacity.

Oil and chemical companies also pushed for more protection for surrounding communities to shield their workforces, but “not every property can be protected,” said Sheri Willey, deputy chief of project management for the Army Corps of Engineers’ upper Texas district.

“Our regulations tell us what benefits we need to include, and they have to be national economic benefits,” Willey said.