CBO Reports States Spent 78% US Total on Infrastructure in 2017 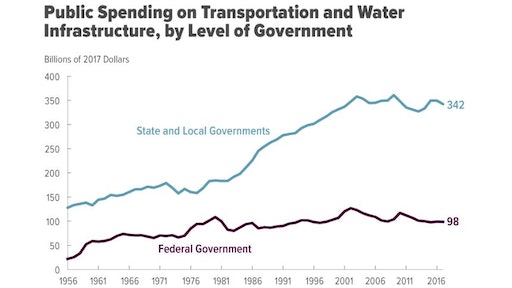 The CBO infrastructure spending report showed that public spending on transportation and water infrastructure has been fairly consistent as a share of gross domestic product at about 2.3%, which is below the 3.0% peak in 1959.

CBO’s infrastructure finance report illustrates that more than half of state and local spending on transportation and water infrastructure has been financed through bonds that provide federal tax preferences or through federally supported loan programs.

Nineteen States Raise Revenue for Roads in First Half of 2019