Total US housing starts came in slightly stronger than forecast on a 22.4% leap by multifamily housing and strength across the board in the South 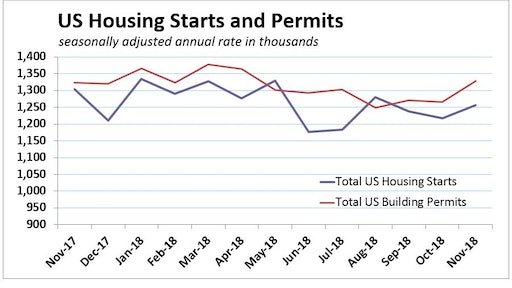 An upswing in volatile multifamily starts and permits obscured continuing erosion in the single-family housing market in November.
Data: U.S. Department of Commerce

Total housing starts came in slightly stronger than forecast, rising 3.2% during November, according to the monthly estimate by the U.S. Census Bureau. All of the monthly rise is attributed to a 22.4% jump in the volatile multifamily segment. Single-family starts dropped 4.6%, to an 824,000-unit seasonally adjusted annual rate. 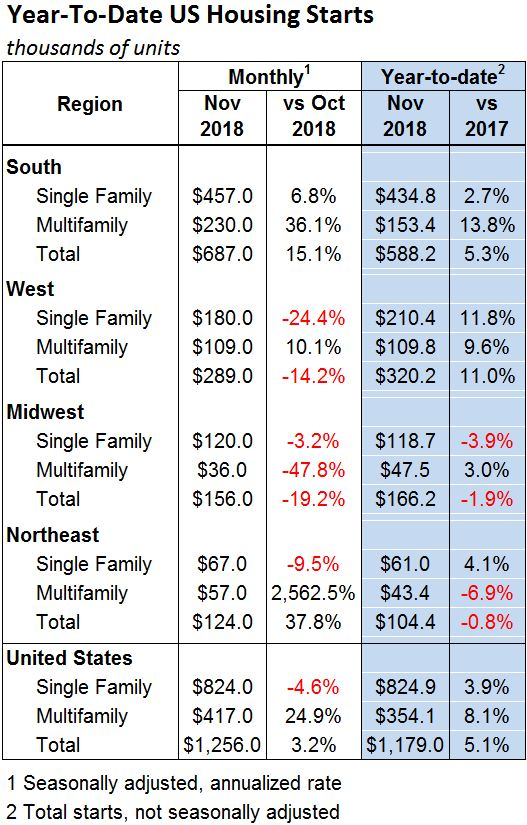 monthly decline and brings single-family starts down to the lowest level since May 2017. Total starts year-to-date were 5.1% above the first 11 months of 2017.

Revisions also showed housing starts fell in October instead of rising as previously reported. Underscoring the housing market weakness, single-family home completions dropped for the third straight month in November to their lowest level in more than a year.

"The residential construction market hit the pause button in 2018," CNBC reported Aaron Terrazas, Zillow senior economist commenting. "Speculation has already begun as to whether the construction industry is a macroeconomic canary in the coalmine signaling a larger shift to come."

Some of November’s weakness could be attributed to wildfires in California. The West saw a 24.4% plunge in single family starts, a pace well below recent history. Building permits in the West have also largely held up this year and have not seen such a dramatic drop-off.

But single-family starts also fell substantially in the smaller Midwest and Northeast regions.

Building permits jumped 5.0%, again with nearly all the gain occurred in the multifamily segment, which jumped 14.8%. Single-family permits edged up just 0.1%.

“Given the permits data, we expect single-family to remain sluggish and look for multifamily starts to remain near their recent levels,” the Wells Fargo Economics Group pointed out in their analysis of the monthly estimates. 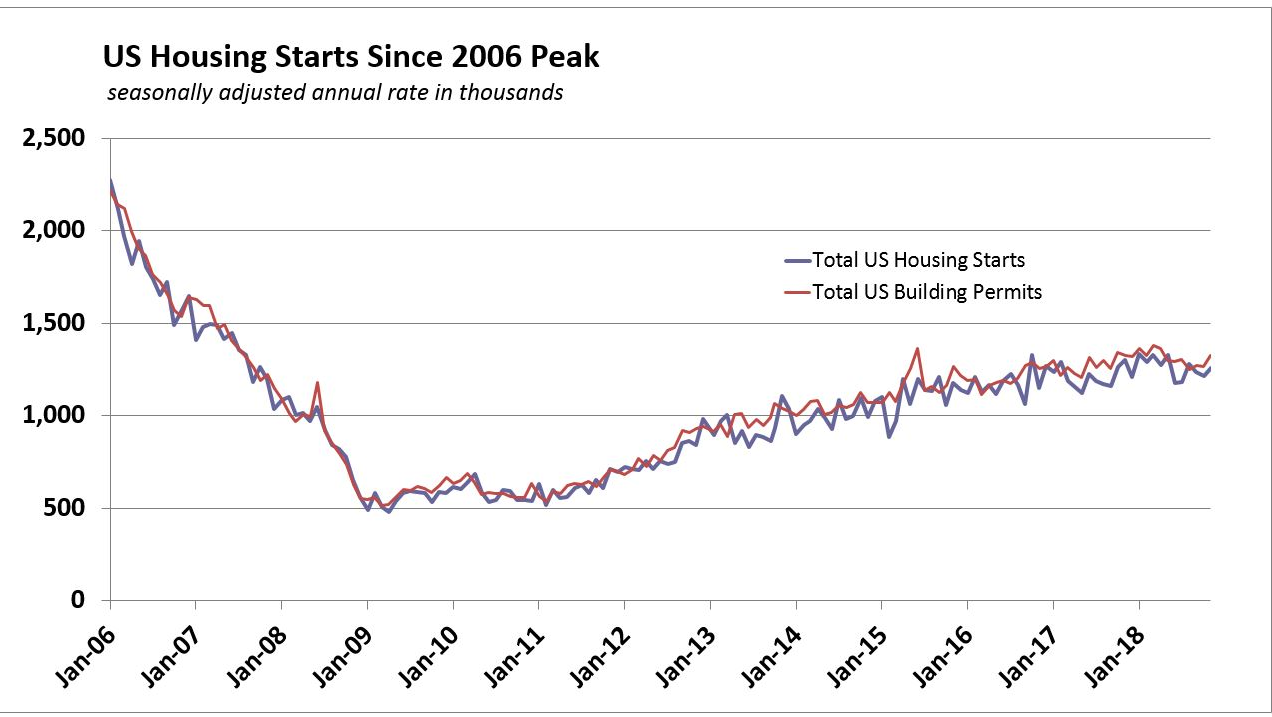