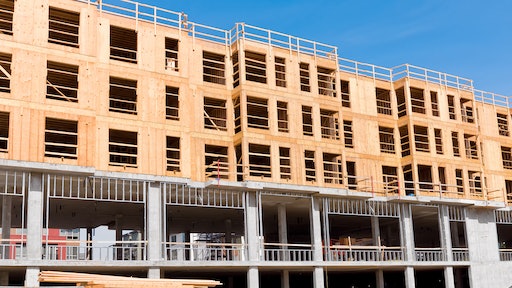 Private nonresidential spending fell 0.5% for the month and is only up 0.1% on a year-over-year basis. Public nonresidential spending is up 3.7% for the month and an impressive 12.1% for the year. Highway and street (9.6%), water supply (5.2%) and sewage and waste disposal (5%) spending experienced the largest monthly increases in February, while religious (-4%) and transportation (-3.8%) spending experienced the largest decreases. 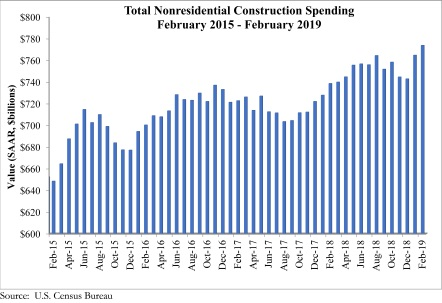 Associated Builders and Contractors“A number of economic readings have come in weaker than expected of late, including retail sales and February employment,” said ABC Chief Economist Anirban Basu. “Now private nonresidential construction has effectively flatlined during the past year, with spending virtually unchanged on a year-ago basis despite higher materials costs. This suggests that the actual physical amount of construction put in place has declined in real terms during the past year.

“As is often the case, it’s tempting to blame the weather,” said Basu. “It is absolutely true that the upper Midwest and New England were hit hard by precipitation and bitterly cold temperatures this winter, which undoubtedly suppressed some level of activity. However, softer growth in private nonresidential construction has been apparent for months. This is not a new phenomenon. Spending in the office, commercial and lodging categories was flat to declining in February.

“By contrast, public nonresidential construction spending was up sharply,” said Basu. “This strongly suggests that there is more at work than weather in terms of factors shaping the data. State and local government finances have continued to improve as the broader economy has expanded. America has generated job growth for 101 consecutive months, which has helped push income tax collections higher and unemployment insurance payments lower. Property values also have risen, as have sales tax collections. 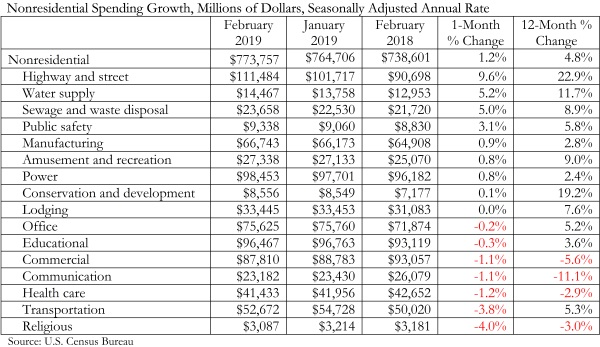 Associated Builders and Contractors“The standout is the highway and street category, which has experienced nearly 23% growth in spending on a year-over-year basis,” Basu added. “Policymakers also have been paying considerable attention to flood control (with conservation and development up 19% year over year) and water systems (with water supply up nearly 12%).”