How to Overcome the Hiring Challenges of Millennial Workers

As a part of its focus on labor series, NPE 2017 will have a special emphasis on employees - specifically finding, hiring, training, retaining and getting millennials to work together 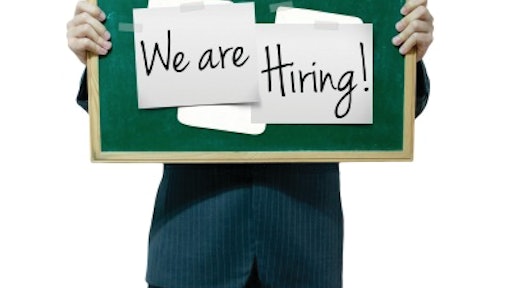 According to the Bureau of Labor Statistics, the number of open construction jobs has hit a post-recession high with 210,000 jobs open in March 2016, compared to 193,000 in February. The current estimate represents the highest monthly count of job openings since May 2007.

Rising job openings for the overall economy are affecting many business sectors as the unemployment rate has fallen, with employers wanting new workers but holding greater numbers of unfilled positions. Because of the intense demand for qualified workers, NPE 2017 is making a special emphasis on employees  -- finding, hiring, training, retaining and getting them to work together.

One of the difficulties owners and managers have with hiring new workers is that those doing the hiring – typically Baby Boomers – have a philosophical disconnect with those they are hiring – in this case typically the Millennial Generation.

In order to bridge the gap and attract millennials, business owners need to try and change the way they think about these workers.

“The philosophical disconnect is a huge problem,” says Jeff Stokes, Next Level Contractor System and annual National Pavement Expo speaker. “All of us Baby Boomers don’t understand the thinking of those Millennials.”

Stokes says he recently interviewed two Millennials for two openings a contractor had and both were offered jobs. “Both turned them down because we weren’t offering enough money despite the fact we were competitive with the local market,” Stokes says. “Boomers struggle with that ‘not enough money’ and that’s the whole philosophical disconnect right there. When Boomers started working, they were happy to get a job and accepted what they were offered and were told to keep their head down and their mouth shut and that’s what they did.

“The Millennials come in and they want to work, don’t get me wrong, and they’re not afraid to work long hours. But they don’t want too many hours either because they have other priorities,” Stokes says. “They want to work a reasonable amount of hours for more money and that’s just something Boomers struggle with.”

So when you’re doing the hiring, here are a few Millennial characteristics, take these ideas into consideration:

Millennials want shared leadership, not hierarchical leadership. They want their employers to share information – such things as the job schedule for the week and month – and while they realize someone has to be the boss and make the decisions, they at least want input into some of those decisions. And they want to be recognized for their input and they want feedback.

Training is required – so is feedback

Stokes says that Boomers running things are looking for what he terms “plug-and-play” people. “They want the guy they hire to come in and they want to be able to put him to work right away. This is true especially for the smaller contractors who don’t have a robust training program,” he says.

Stokes says this issue isn’t new to construction, but it’s coming more to the forefront because, while Millennials are the biggest pool of new hires, they don’t have the skills yet; they need training and they want feedback. “The Boomers just struggle with that because when they started work, they just went out on the job, did what they were told, learned as they went along and didn’t expect any recognition until they received their paycheck and maybe an annual raise,” Stokes says.

Why wouldn’t you embrace technology?

“Millennials want to use technology. In fact they embrace technology and have a difficult time understanding people and organizations that don’t,” Stokes says. “These people are ‘digital natives’ where this technology stuff is not only second nature to them it’s ingrained. Boomers, on the other hand, are ‘digital immigrants’ and all this technology is foreign to them. That doesn’t mean Boomers can’t learn, but many don’t understand the need and don’t want to make the effort – and for those folks they are sending a message to any Millennials they might want to hire.”

“Contractors have to accept that this how things are,” Stokes says. “Contractors need to understand who the Millennials are, they need to read the books and pay attention to the differences between the Gen Xers, the Millennials and the Boomers because that’s what they’re working with.

“Millennials are very risk averse, they’re very savvy in ways their parents were not at the same age. They’re smarter, they’re more technologically advanced. They have higher expectations, they’re the highest-educated generation. They want to work, but they want to work on their terms and for a reasonable amount of hours and all those things need to be taken into account by the people who are doing the hiring.”

Among other employee-related sessions at NPE 2017 in Nashville, Feb 1-4, are these four sessions that will help improve your team, their productivity and overall company culture:

Successful contractors foster leadership at all levels – owners, managers, crew supervisors and even individual crew members – because leaders keep the company’s big picture in mind as they encourage others to work through the details and follow the company plan. In this interactive session you will learn the 5 strategies successful leaders embody that make others want to follow them, and you’ll learn how to develop those strategies in yourself – and for others on your team.

When it comes to getting the best out of your crews why mess around experimenting? Let this workshop “cut to the chase” and provide you with the five “jewels” of great construction crew teamwork. You’ll learn the difference between “good” and “great” construction crews and what the “great” ones look like, and you’ll learn the 5 secrets of effective teamwork – Familiarity, Laser Focus, C&C, “ESP” Communication, and “Foxhole” Conversions – and how to incorporate them into your operation

Not only are there fewer workers available for tomorrow’s jobs, but the “Mosaic” workers come with a whole new set of rules and values (including the need for real conversation)! In this session you’ll discover “generalizations” about this new generation of workers and you’ll learn how they compare and contrast with “Boomers” and “Builders.” You’ll learn detailed action steps that will enable supervisors to engage the hearts and minds of today’s workers as you seek to keep them motivated

Session: Improve Your Company Culture to Attract, Grow and Retain the Best Worker

Today more than ever your company culture can help you attract and retain the quality employees you want – or it can keep people from wanting to work at your company. Two contractors will discuss how they have worked together to improve their cultures and how they have developed a path for employee growth and retention that starts with the hiring process.

For more information on NPE 2017, visit www.nationalpavementexpo.com. Registration for the show will open early July 2016.

Is an Online Job-Matching Website the New Way to Find New Employees?