Pavement repair-only sales accounted for 19% total work completed by the contractors on the list, up from 17% last year. 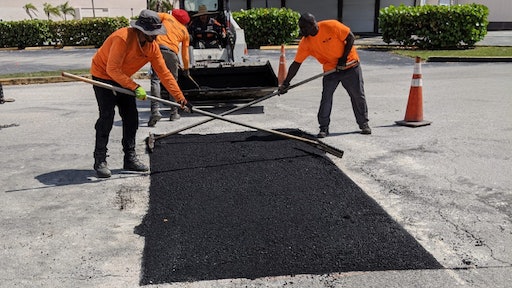 Here is the history of Pavement Repair-only sales:

As with all the other lists (paving, sealcoating and striping) the total revenue in this segment is down compared to last year. However, the pavement repair segment did not drop as drastically as the others. We can observe this as customers were hesitant to spend large amounts of money getting their pavement fully replaced but felt more comfortable doing a repair job.

Total Sales for the Pavement Repair 75

As a percentage of total sales by the Pavement Repair 75, pavement repair-only sales accounted for 19% total work completed by the contractor(same with the striping list who also reports 19% sales in that segment). That’s up from 17% last year and down from 21% in 2018.

The increase we see in pavement repair could be that contractors are detailing their work, rather than lumping it in with other paving work. It is also possible that these contractors had more work in this segment do to the economic uncertainty that was happening in much of 2020.

Contractors in the Pavement Repair 75 perform other work as follows:

Profit margins for the 2021 Pavement Repair 75 followed the trends of slightly lower profit margins across the board. However, we did see an increase in the more 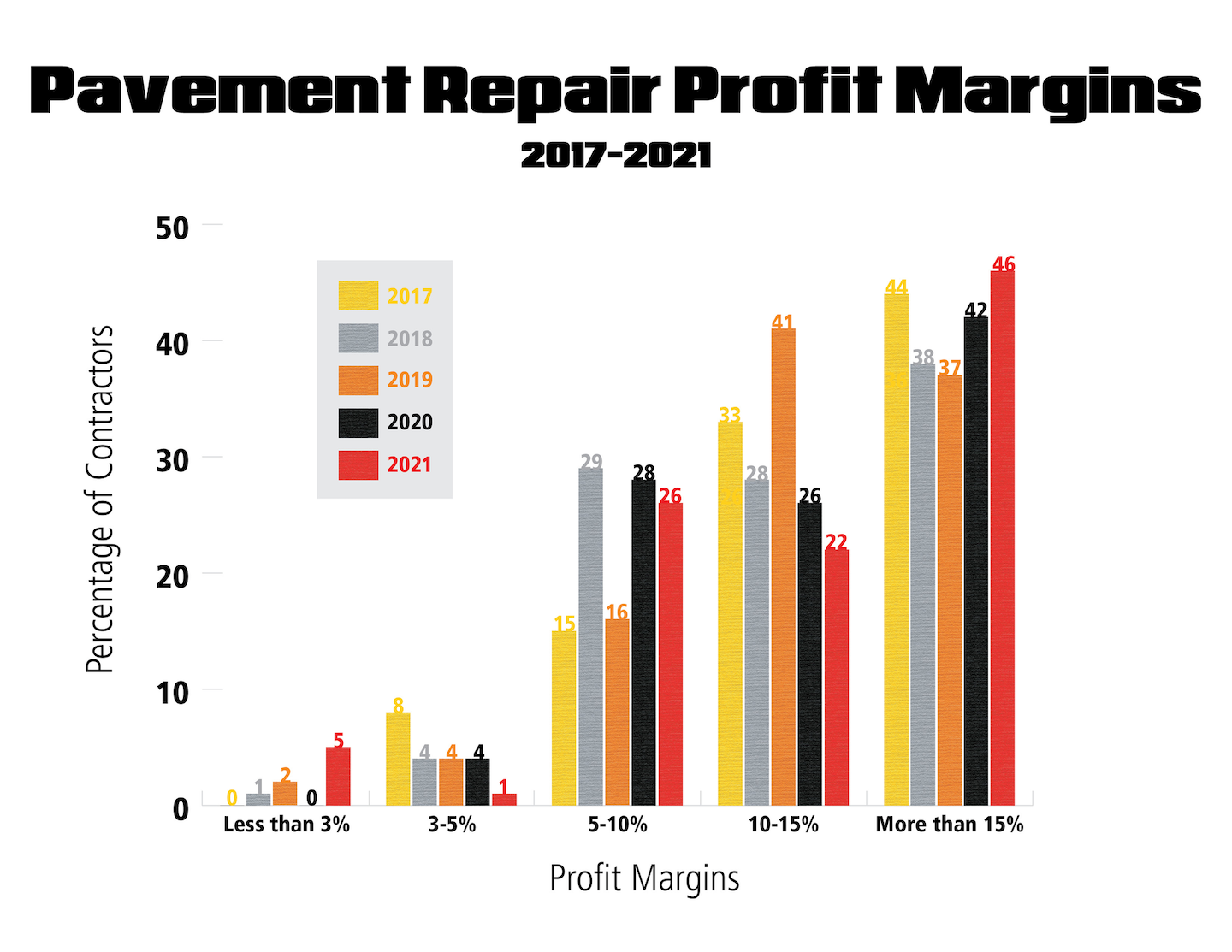 So 68% of the Pavement Repair 75 generated more than 10% profit for their work which is the same as last year and down significantly from 78% in 2018.

Where the Pavement Repair 75 Contractors Work

Possibly demonstrating the impact large paving companies are having on the list, roads/streets and highways make up a decent percentage of work completed. Nine companies (12%) are reporting sales from highway work and 48 companies (64%) report sales from streets and roads (up from 37 companies last year).

The rise in single-family homeowner work (up 14% over last year) could be because these residents were working from home, overlooking their driveway that might have needed work. Also, if the neighbor recommends a contractor, that contractor might gain more work for completing a quality job, raising the percent of work completed on this type of job.