How Updated ADA Regulations Will Impact Your Business

Revised ADA regulations and standards become mandatory next year, but changes from 1991 standards are minimal 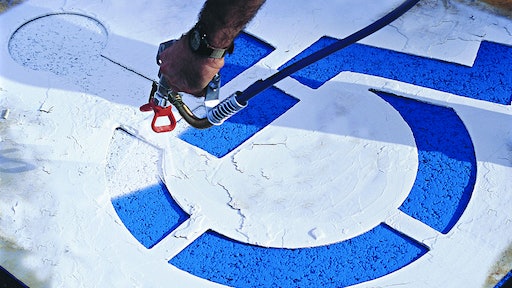 Last September the U.S. Department of Justice (DOJ) published updates to its ADA regulations and adopted new design standards based on guidelines previously issued by the Access Board. The DOJ revised both its regulations for state and local governments (Title II) and its regulations for places of public accommodation and commercial facilities in the private sector (Title III).

While the revised regulations include a broad variety of new requirements, most requirements affecting pavement maintenance contractors were minor, focusing on specific industries or specific types of properties. The revised regulations take effect in March, and compliance with the 2010 standards will be mandatory in 18 months (beginning March 15, 2012) based on completion of the permit process or, if no permit is required, the start of construction.

As with any government regulations, the ADA standards are complex and can be difficult to follow, but the full text and detailed explanations of all the 2010 standards is available at www.ada.gov.

What follows is a brief analysis of the changes in the scoping and technical requirements for new construction and alterations resulting from the adoption of new ADA Standards for Accessible Design (2010 Standards) in the final rules for title II (28 CFR part 35) and title III (28 CFR part 36) of the Americans with Disabilities Act (ADA).

It is important to remember that these guidelines are the minimum requirements that must be followed throughout the country. In many instances states, counties and cities have established their own guidelines which are often more strict, so contractors must know the requirements in the areas in which they work.

Slope. The 2010 Standards provide, at section 403.3, that the cross slope of walking surfaces not be steeper than 1:48. The 1991 Standards´ cross slope requirement was that it not exceed 1:50. There was some consideration of increasing the cross slope requirement to allow a maximum of 1/2 in. per foot (1:24) to prevent imperfections in concrete surfaces from ponding water but DOJ felt that a cross slope not be steeper than 1:48 adequately provides for water drainage in most situations.

The DOJ declined to eliminate the exception that exempts site arrival points and accessible facilities from the accessible route requirements where the only means of access between them is a vehicular way not providing pedestrian access because the DOJ believes that its use will be limited.

When released for public comment some questioned why the 2010 Standards would permit an accessible route used by individuals with disabilities to coincide with the path of moving vehicles. The DOJ responded that the 2010 Standards appropriately recognize that not all parking facilities provide separate pedestrian routes, saying Section 502.3 provides the flexibility necessary to permit designers and others to determine the most appropriate location of the accessible route to the accessible entrances.

The DOJ notes that if it is necessary to cross a vehicular lane because, for example, local fire engine access requirements prohibit parking immediately adjacent to a building, then a marked crossing running perpendicular to the vehicular route should be included as part of the accessible route to an accessible entrance.

Passenger Loading Zones at Medical Care and Long-Term Care Facilities. Sections 6.1 and 6.2 of the 1991 Standards and section 209.3 of the 2010 Standards require medical care and long-term care facilities, where the period of stay exceeds 24 hours, to provide at least one accessible passenger loading zone at an accessible entrance, but the 2010 Standard remove the requirement for a canopy or roof overhang at this passenger loading zone.

Detectable Warnings.  Detectable warnings provide a distinctively textured surface of truncated domes. The 1991 Standards at sections 4.1.3(15), 4.7.7, 4.29.2, 4.29.5, 4.29.6, and 10.3.1(8) require detectable warnings at curb ramps, hazardous vehicular areas, reflecting pools, and transit platform edges. The 2010 Standards at sections 218, 810.5, 705.1, and 705.2 only require detectable warnings at transit platform edges. The technical specifications for the diameter and spacing of the truncated domes have also been changed. The 2010 Standards also delete the requirement for the material used to contrast in resiliency or sound-on-cane contact from adjoining walking surfaces at interior locations.

The 2010 Standards apply to detectable warnings on developed sites. They do not apply to the public right-of-way.

These sections require that accessible boat slips and boarding piers be provided.

Accessible Route. Sections 206.2.10 and 1003.2 of the 2010 Standards require an accessible route to all accessible boating facilities, including boat slips and boarding piers at boat launch ramps. Section 1003.2.1 provides a list of exceptions applicable to structures such as gangways, transition plates, floating piers, and structures containing combinations of these elements that are affected by water level changes.

The list of exceptions specifies alternate design requirements applicable to these structures which, because of water level variables, cannot comply with the slope, cross slope, and handrail requirements for fixed ramps contained in sections 403.3, 405.2, 405.3, 405.6, and 405.7 of the 2010 Standards. Exceptions 3 and 4 in Section 1003.2.1, which permit a slope greater than that specified in Section 405.2, are available for structures that meet specified length requirements. Section 206.7.10 permits the use of platform lifts as an alternative to gangways that are part of accessible routes.

Accessible Boarding Piers. Where boarding piers are provided at boat launch ramps, sections 235.3 and 1003.3.2 of the 2010 Standards require that at least 5% of boarding piers, but at least one, must be accessible.

The 2010 Standards do not require the dispersion of the physical location of accessible boat slips. Rather, the dispersion must be among the various types of boat slips offered by the facility. Section 235.2.1 of the 2010 Standards specifies that if the required number has been met, no further dispersion is required. For example, if a facility offers five different ´types´ of boat slips but is only required to provide three according to the table in Section 235.2, that facility is not required to provide more than three accessible boat slips, but the three must be varied among the five ´types´ of boat slips available at the facility.

Fishing Piers and Platforms: Sections 237 and 1005

Accessible Route. Sections 206.2.14 and 1005.1 of the 2010 Standards require an accessible route to each accessible fishing pier and platform. The exceptions described under Recreational Boating also apply to gangways and floating piers.

Accessible Fishing Piers and Platforms. Sections 237 and 1005 of the 2010 Standards require at least 25% of railings, guards, or handrails (if provided) to be at a 34-in.maximum height (so that a person seated in a wheelchair can cast a fishing line over the railing) and to be located in a variety of locations on the fishing pier or platform to give people a variety of locations to fish. If railings, guards, or handrails are provided, accessible edge protection and clear floor or ground space at accessible railings are required. Additionally, at least one turning space complying with section 304.3 of the 2010 Standards is required to be provided on fishing piers and platforms.

Accessible Route. Sections 206.2.15, 1006.2, and 1006.3 of the 2010 Standards require an accessible route to connect all accessible elements within the boundary of the golf course and, in addition, to connect golf car rental areas, bag drop areas, teeing grounds, putting greens, and weather shelters. An accessible route also is required to connect any practice putting greens, practice teeing grounds, and teeing stations at driving ranges that are required to be accessible. An exception permits the accessible route requirements to be met, within the boundaries of the golf course, by providing a "golf car passage" (the path typically used by golf cars) if specifications for width and curb cuts are met.

The 2010 Standards provide an exception for existing golf courses with three or more teeing grounds not to provide golf car passage to the forward teeing ground where terrain makes such passage infeasible.

Section 1006.3.2 of the 2010 Standards requires that where curbs or other constructed barriers prevent golf cars from entering a fairway, openings 60 in. wide minimum shall be provided at intervals not to exceed 75 yds.

Accessible Route to Miniature Golf Course Holes. Sections 206.2.16, 239.3, and 1007.2 of the 2010 Standards require an accessible route to connect accessible miniature golf course holes and the last accessible hole on the course directly to the course entrance or exit. Accessible holes are required to be consecutive with an exception permitting one break in the sequence of consecutive holes provided that the last hole on the miniature golf course is the last hole in the sequence.

Accessible Miniature Golf Course Holes. Sections 239.2 and 1007.3 of the 2010 Standards require at least 50% of golf holes on miniature golf courses to be accessible, including providing a clear floor or ground space that is 48 in. minimum by 60 in. minimum with slopes not steeper than 1:48 at the start of play.

DOJ’s regulations provide instructions on use of the standards in new construction, alterations, and existing facilities. In general, the regulations stipulate that facilities that were built, altered, or retrofitted in compliance with the original 1991 standards do not have to be modified to meet the 2010 standards. However, this “safe harbor” clause does not extend to residential facilities or to certain recreational facilities or elements newly covered in the 2010 standards, as detailed in sections of the DOJ regulations covering removal of barriers in existing places of public accommodation and program access by state and local government entities.